But finally today I had a payoff in threes...

We started our Couch to Keg program (Couch to 5K was misattributed by a neighbor, but we like it, so it has stuck) on September 1st... then, two weeks ago, we decided three days a week isn't enough... We've been doing six... we alternate walking with out interval jog building...

Now we haven't been building the Couch to Keg as fast as they suggest... They have you do each workout a week, then advance, and honestly, we are sticking to each about 3 weeks before we move on. But I think with as overweight as I started and with my fabulous neighbor's asthma, our approach has been wise.

And then, September 15, one month ago today, I started Weight Watchers... So today I did the full on weigh, measure... 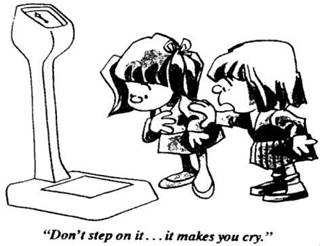 I've lost 12 pounds. Not the fastest I've ever lost weight, but not laughable, either.

But see, here's the thing... I lost 6 pounds the first week, two the second, gained half a pound the third, then held flat... so it LOOKS like I've lost 4.5 pounds in 3 days... whatever... The scale is such a fickle, strange thing... I think our bodies hang on and hang on, and then FINALLY are defeated in that hanging on... at least that is how I often lose. Because I have only had ONE really bad day (hubby made a dinner that was fried, compounding a lunch that was already pushing things)—and I have NEVER gone over plan points—at least not if I include my fitness-earned points. And you know... week to week I can't say I've been better or worse than any other week. This is just how I do it. Maybe I was sitting at a plateau weight for those couple weeks, and I've finally broken it. I will have to see if I get back to losing at a reasonable rate for a while—that would confirm my plateau theory, as I think my next plateau I would hit is another 14 pounds down.


As for the measures:

I strongly recommend multiple measuring types if you take on a plan. Had my weight not been down any more this morning than Thursday, I really would have taken heart at these numbers. And THESE numbers are influenced probably as much by our exercise as by the eating.


The THIRD thing though... (it's exciting, isn't it!?) Is my JEANS!!! They aren't the dream pair (a pair of size 12, boot cut, Old Navy jeans—I have a long way to go to get in THOSE) but I was in the stubbornly pathetic state of NONE of my jeans fitting and REFUSING to buy the next size up. Today I got into a pair... I wonder if the other would fit... I have two pairs this size but I think the ones I'm sitting in have more give... anyway, it is nice, now that it's getting cooler, to have jeans instead of being THAT woman who only wears sweats. In the summer it's not so noticeable (I had shorts) and one of my pairs of sweats passes as yoga pants (shares the cut, just not quite as slick).


If I could really lose 12 pounds a month, then this diet portion of this plan would end up a 6 month venture, though I suspect it will slow by the third month at latest... Yeah, I am in this for the long-haul. I guess, though, persistence is one of the things I usually do pretty well, so we'll see.

Whatever the case, I am feeling pleased.
Posted by Hart Johnson at 1:42 PM

Congrats on the weight loss! 12 pounds is a lot to lose a month. You're right about persistence being the key. :)

yeehaw! I'm in a holding pattern with my diet and getting pissy about it. I know I need to add an exercise program but dragging my feet isn't getting the pounds off. I'm looking up that program - whatever to drinking beer one you're on!

Cherie-it is a lot and not... I somehow have it in my head the first month ought to be really big, but I know it's because I was a lot younger last time I really did this.

Jan-The Couch to 5K is a pretty good program--I think though, it is working MOSTLY because we've made it social. I would have quit if I were alone.

Congratulations!! And thanks for sharing here! You are a great inspiration for others!! Weight Watchers is a great program--but your mind has to be totally ready to commit to the plan. I know, as I tried Weight Watchers 10 years ago and didn't have any success; but when I did it again just two and half years ago, my head was totally in the game and I lost the 30 pounds I wanted to lose!! It's a great feeling! Hang in there!

Congratulations, Hart! Losing weight is so difficult these days with our modern lifestyle.

Oh, and you won that autographed picture of Brad Pitt & Cate Blanchett. Email your address so that I may mail it to you, Roland

If you could post a review of Victor's 1st book and spread the news about Victor's contest that would be nice -- and get you more entries!

I've lost a lot of weight myself over the last few years, and I can tell you, 12 lbs. in a month is terrific! Keep up the good work.

Nice work! I was doing so well on a plan and then fell off the wagon. I need to get back on it now! After today..because I've already blown the diet on a chicken sandwich from the dreaded golden arches. Ugh.

Congratulations, Hart! Keep at it.

Good work, Hart. More importantly is that I read a good attitude in this post. When we gain weight, we don't do it in a week or a month...and so many become discouraged when it is not shed quickly. But it comes off ever so slowly. Kudos to you! Keep it up. :-)

Great blog today! Losing weight is tough and so is staying persistent and positive. You're doing a great job plugging forward and it will continue to pay off! Thanks for motivating me every day too!

Deborah, I've done it and pretended to do it, too--it is definitely something you need to keep your head in the game for!

Roland, YAY! and I will definitely send that, and also post the review--you are next on my reading list and I should finish Jessica's book this weekend!

Shelly-you've done AMAZING with your weight loss! And I think 12 in any month but the first would have me jumping for joy... I just sort of had 15-20 in my head...

Dawn-that is actually what I love about the WW--that golden arches sandwich would HURT but not blow it. I love that weight watchers allows for anything, so long as you plan and balance.

Teresa-it's true--it comes on pretty slow, but we never like it to go back off that slowly. And THANK YOU! I think my attitude IS in the right place this time.

Jackie- thank you! I definitely couldn't keep up this evening exercise without you and Jean--there are just too many days a cocktail would tempt me astray without knowing I had you guys to head out with!

Congratulations! That rocks! It is hard and 12 pounds is wonderful. Keep on keeping on!

That's awesome you fit into your jeans!! I don't want to buy bigger jeans either - my yoga pants are all cropped. I switched to a diet that worked for me in the past after baby 2. It really takes time and persistence - you are doing great! I am inspired. :)

Couch to Keg - heh! It sounds like a lot more fun when you put it that way.

Congratulations, Hart. You have done great so far. I know you can keep it going.

I lost 22 pounds in one month one time. Of course it was the end of my marriage and I was slipping into severe depression but hey it was a great weight loss plan. :))

Congrats!!!! Woohoo!!!! Feels so good, huh? I had the same thing about a week ago. I finally fit into some vintage pants I'd had stored away in an out of reach place so I didn't keep feeling defeated. I pulled them down last weekend, and woot! Slipped right into them! :o) I feel your excitement!

I have to confess I've been a chocolate and wine addict for the last week. I must try harder. I too would love a torso like the one in the picture. Ah well... :)

I agree that 12lbs is a lot to lose in a single month but wow! Congrats! It's so hard sticking to eating well (if I could just stick to salad and protein...)AND exercising.

Thank you so much for all the encouragement, everyone!

Teresa-those grief diets really suck--I've known a few people who have had those... whether death, divorce or cheating, the dirty bastards can inspire weight loss now and then... It is the keeping it off that gets tricky. And I'd prefer to not go that route.

I had a 20 pound month in 2002 when I did this, but I was 10 years younger and was drinking very little, as my kids were small.

Well, Hart, congratulations! Keep up the great work, and I'm glad that you have a new jean size as your reward. Way cool.

Jeans are wiser than the scale. Have a few pairs sitting in my closet, waiting for me to get off my butt and get back into them. Congrats on your progress!

inches tell you more than lbs. I'm so impressed with you...it's so hard to stick to a diet and fitness plan.

Congratulations! Keep up the good work.