FMD: So I'm a Believer


It took five weeks. One more than the diet says you have to do, but I've hit a stride, in spite of a few tweaks and cheats.

First tweak: (I took this from the FMD follow-up list so it's legit): add cooking oil regardless of phase. Sauteing in broth wasn't cutting it flavor wise, but more importantly, I had some joint aches on those no fat days. Only using fat as cooking oil is not much, but I think it should help that a bit.

Next tweak: Any fruit is fruit. There are a couple that are more sugary, and I don't really eat bananas anyway—a habit holdover from my Weight Watcher days when I had to count bananas double any other fruit. But things like strawberries and peaches are technically only permitted on those carb load days (Monday and Tuesday) but I am also allowing them in phase three because otherwise I'd end up throwing out fruit. I can't eat a whole thing of strawberries in my two days and the rest of the family just doesn't seem to eat them. Plus I love them in my oatmeal, so there.

Last tweak: Nuts are nuts. The phase three says only raw nuts, but I can't see what harm roasted nuts will do if the only ingredients are nut and salt. Not often. Usually my fat is avocado or hummus. But I do love a handful of pistachios now and then.

My cheat attitude: It's not a secret I like a drink or three now and again. I am not drinking often, but I am allowing for social invitation drinking. This week that was Thursday and Saturday. I still followed the eating rules. I just had a couple glasses of wine Thursday night because my buddy had a bad day and so we met at Whole Foods after work, and last night we went to Homes with another neighbor for a couple beers.

1) it has gotten a lot easier. I still have to think about it, but it isn't the stressful thing it was at first where I was “Wait, now what?” for trying to eat on plan. I have figured out a few things that satisfy me that might seem a little strange, but they work (like on Phase 2 that is only protein and veggies, my go to snack has become rolling spinach in turkey slices). I mean who would have thought of that for a snack? 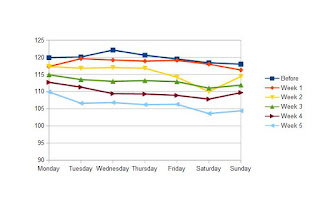 2) It's working. Week 1 I only lost a pound and a half. Week 2 I lost 3, but it was a little flukey—like a sudden one day drop of five pound and then up again and it stayed back on most of the next week. Week 3 I lost 2.3 pounds and week 4, 3 pounds. That totaled 9.9 pounds for the 4 weeks. Week 5—catch this... I lost 3.6 pounds. It seems crazy, but I really feel like after 3 weeks of not being sure what I was up to, my metabolism finally kicked in to help and it is no longer just a diet.

You can see the drops down tend to befrom Monday to Tuesday and Friday to Saturday... Every week is lower. And no I don't weigh just over 100 pounds... that is how much MORE than my dream weight I am... Scary, I know.
Posted by Hart Johnson at 3:55 PM 6 comments:


Nobody dive in the gutter. I am double entendreing but neither is sexual at this point in my blog (early days, yet, I know)...

For some context: Welcome to Insecure Writer's Support Group and First Wednesday! So this is what I will get to first. THEN I will talk eating plan (I'm on day 24 gang!) *cough* 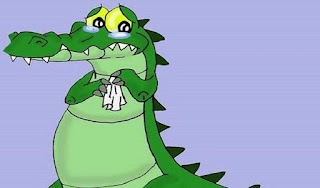 *now for the tears* So many tears.

But I can still answer QUESTIONS about writing, can't I? That's legit. I mean I haven't totally forgotten. I've just lost my discipline. So let's do that.

June's question: What's harder for you to come up with, book titles or character names?

I only have to hit one title I'm happy with for a whole book and I actually have sort of a knack for it. But you know what? EVERY SINGLE CHARACTER wants their own darn name! Man, what a tedious exercise. I mean I usually do fine with my first 3 or 4, but then I begin to realize they all start with M, or some such nonsense. I need to get clever and have my names mean something. That would help. Or complicate things. One or the other.


Now for the FMD Portion of this blog.

Know what is harder? All the parts that don't allow any fat. Phase I and II are BOTH hard, then I get to Friday and get to add healthy fat (avocado, nuts, olive oil) and suddenly life is smooth sailing. There are hard things about the supposed “soothing days” (soothing, my butt—I may be allowed carbs, but HELLO, no fat! Sooth Schmooth. It's not). And the protein heavy days... GADS! Five times a day and every single time is meat (and vegetables, sure, whatever) but that is a LOT of meat. Add to that the complication that the only meat I eat is turkey and fish. So the hard part is all the no fat part.

Know the irony? Those three days I get to add the fats back in are the weight loss ones. I'm not breaking any land speed records but averaging just over 2 pounds a week--always lost in those last 3 days when I add the fats back in (about 8 pounds so far and I have 4 days left).

I plan to MOSTLY continue, but the lack of fat on those 4 days is making my joints hurt, so I am adding in cooking amounts of olive oil on those two days and allowing myself the occasional social splurge or I will derail. I know myself, and I can do the no splurges for the 4 weeks (though I did have a couple splurges, but not bad), but to go on I need to make some allowances.