How to Cause a Heart Attack

(in either the case of WANTING to or the case of hoping to avoid it. Note, however, that having published this, if you use it in the 'to cause' category, this knowledge MAY move you from negligent homicide to Murder 1)


First, if you are stopping by as a part of NaBloWriMo, WELCOME!

Second, if you don't know what NaBloWriMo is and you think you might want to Blo a little among friends this month, check out here  *shifty * (and understand that around here, innuendo is par for the course)


THIRD: I turned in my 2nd Cozy (Begonia Bribe) to my Editor yesterday (and there was much rejoicing). I still have Kahlotus revisions ahead of me... I've had a really unfocused week on that front... rain, work, this other deadline... so I have probably a week left there. Then, instead of a rewrite on What Ales Me, I've decided getting that 3rd Garden Cozy (dibbed Chrysanthemum Campaign) going is a higher priority. I don't want to have that rushed revision thing where my agent ends up with an unreasonable amount of cleaning again. So I am going to PLOT it this month and start writing. (November is still committed to Medium Wrong—I just want to finish my first draft of the Cozy before the end of December so there is time for the revisions and peer reads and such)

How HWMNBMOTI (He who must not be mentioned on the internet for the uninitiated) Almost Killed me. 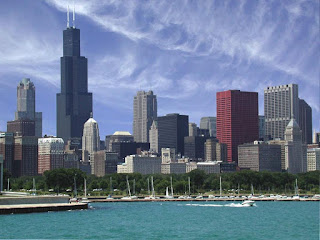 My son is an 8th grader this year and the BIG DEAL special thing their class does as they finish middle school is a trip to Chicago in May—3 days, 300 8th graders—it is a fun, bonding before high school, not some mamby pamby learning experience. They have a dinner cruise and go to Six Flags... you know... the stuff they WANT to do...

But it is a privilege... something hung over their head all year to prompt good behavior, citizenship, volunteering, earning some of their own money (okay, so maybe there IS some learning related to this venture)... and the demands are stiff—you have to learn what is expected, sign off (literally), pay up front (almost $600)...


The Part Where I Died

So I get home from a FABULOUS night (my neighbors and I, of the Couch to 5K project, ended last nights jog at Wolverine, our local Brewery for a beer—we decided we will do it the last Friday of every month), and when I walked into the house afterward, HWMNBMOTI said, 'so I guess you're going to school at 7am tomorrow?'

Being me, I responded, “What?”

“For Chicago. You didn't go to a meeting earlier this week. It said tomorrow is the make-up.”

“What are you talking about? It was October.”

[see, there is a parent/child MEETING for the signing I mentioned... required attendance]

“Look on the pink sheet on the bulletin board.”

I have to tell you, I died a little. And I did what any woman in my position would do... I whined... and complained that the middle school weekly email had said NOTHING... that my son, who I KNEW wanted to go had said nothing...

Son was in the shower, so I had a good 15 minutes to continue dying. Then he got out and we had the chance to give him a solid questioning...

“They changed it. It's on that green sheet.”

He swore he handed it to me. My memory sucks, so he may have... It listed NEW dates in mid October... So I think the INFORMATION registered, just not the transmission of it (my brain often works this way... it is why nobody believes I know what I'm talking about—I don't remember where I heard it)

But MAN, did I breathe a sigh of relief at not having to be at the bloody middle school at 7 am with my son (who said he'd give up the trip before going at that hour)

So I hope you all have a great weekend!
Posted by Hart Johnson at 12:13 PM

this must be a common thing to do, send the 8th graders to the nearest big city for the weekend. My son went to Boston. He still remembers the trip :)

glad you didn't have to be somewhere at 7am; that would've sucked.

Yeah, seven in the morning on a Saturday is just wrong!

Awwwww what a heartstopper! Thank goodness all is well now! 7 am on the very next day is so not NAKED! Yay!! Take care
x

I'm with you on so many fronts -except early morning doesn't bother me a bit - just the constant surprise of events that I know the kids are aware of - or it behoves them to be aware of them! Last year was doubly that way, with Felix, the loveable yet definitely entitled teen that lived with us last year. The step-dot GENERALLY doesn't act entitled.
Do you have a list of what you're working on, completing etc...I need to understand where you are in your great drive forward! And just from me, PLEASE put a ton of effort into Kahlotus! please! I am so looking forward to that book hitting the stores. Yes, I am.

It's times like this that I am SOOOO glad I don't have kids...

Congrats on finishing your 2nd Cozy project. I wish I had your determination to write. Since I got back and finished my finals on BG, I haven't written anything except a 78 word, yes, you read correctly, story for an Esquire Magazine contest.

I have two writing assignments for blogger things that are due, like NOW, and I haven't even started yet.

With winds INSANE, my power walks on the lake front are torture. I'm still fighting to get the last bit of weight off and I want SUMMER back.

I hope all is well with WW. Keep up the amazing work.

Whew, for not having to go that early. Yuk. I find it interesting that they go to Chicago, I only live a few hours away, so instead our 8th graders go to Washington, D.C. We probably didn't do as many "fun" things, but it was a great learning experience! I loved seeing the White house, and all of the monuments and a few of the famous museums.

Getting up at 7am is always hard, in the weekends it's completely out of question >:)

MS-I think that's true--very common for the 8th grades. I wish WE'D done something like that, then again there ARE no big cities near where I grew up--and I did have a couple trips to Boise, which was 300 miles away.

Alex-I know, right? I didn't think Saturday even HAD a 7am.

Jenny-YAY, yes... though the challenges to naked weather have started--it was very BLUSTERY today!

Jan, I will update my list on my Three faces page as soon as I comment! But I assure you, Kahlotus will be my first 'non-cozy' piece out.

Michael-get writing, amigo! Can't take long breaks! The WW is pretty good--will post some tomorrow. I hear you on the weather challenges though-our Couch to 5K had some soggy days this week--in fact one, we didn't do, it was so wet.

Krista-they used to do DC here, too, but the teacher who leads it found ALL the kid favorites were easy to find closer to home (the free time, the 6 Flags) and the COST was a little more, but the BUS RIDE was more than 6 hours more each way and THAT was a chaperone burden. He has organized for years and WILL for Chicago and WON'T if it becomes a DC effort. (I'd love it to be DC but apparently things like the Constitution are really lost on 8th graders)

We sure didn't get any grade 8 trips like that back in the day..ours were strictly educational. Rats!! thanks for dropping in on thefeatherednest

Hi Hart,
Thanks for stopping by Wooly Acres. I look forward to getting to know you through NaBloWriMo!

Heart Attack or Hart Attack? Whoah, all those books are making my head spin. I really don't know how you do it.

And er ... I'm not surprised you got in such a muddle with the dates when you've got so much fiction swirling around your brain! LOL :o)

I'm still recovering from the mere notion of being anywhere at 7am...except in bed.

Delores, all ours were educational too... times have changed, eh? Though it may be where I live--a city that most people can come up with that kind of money.

Julie-hey, thank you back! Welcome!

Jessica-I know there are a lot. I feel on the verge of something, so keep pushing, but I do need to keep focused on those 'already bought'