D is for Digression and Dragon of the Stars

Dan doubted her dialog, dreading death or even detention. “I don't dare deviate from duty.” 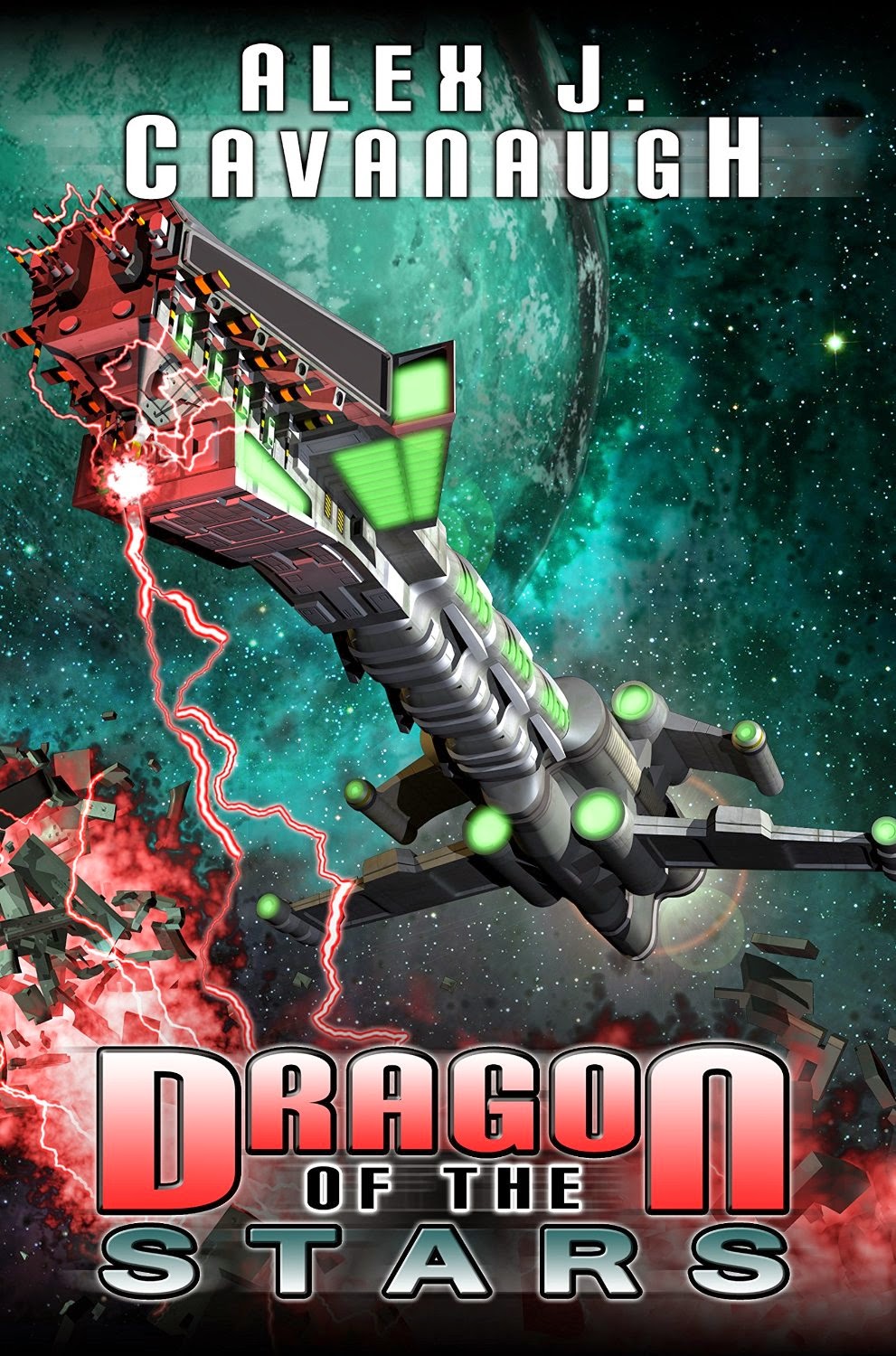 Dragon of the Stars: A Review in brief

Alex Cavanaugh's latest book, Dragon of the Stars, comes out Tuesday and I was fortunate enough to receive an advanced copy to prepare to ask Alex a few questions (Q day: April 20), but I thought before that, I could give a brief review... Dragon starting with D and all, it is today.

Blurb: The ship of legends...

The future is set for Lt. Commander Aden Pendar, son of a Hyrathian Duke. Poised to secure his own command and marriage to the queen’s daughter, he’ll stop at nothing to achieve his goals.

But when the Alliance denies Hyrath’s claim on the planet of Kavil and declares war on their world, Aden finds his plans in disarray. Entrenched in battle and told he won’t make captain, Aden’s world begins to collapse. How will he salvage his career and future during Hyrath’s darkest hour?

One chance remains–the Dragon. Lost many years prior, the legendary ship’s unique weapon is Hyrath’s only hope. Can Aden find the Dragon, save his people, and prove he’s capable of commanding his own ship?

Review: I enjoyed this space jaunt. The characters were well thought out with complete arcs and Pendar had some very tough choices to make. I particularly loved Tamlin—his weapons leftenent (though I may have that title wrong)--she is his hard working and talented wingman with a gift for sincerity that makes her both a bit awkward and very endearing. I liked the moral dilemma at the core of this story and the character growth shown by Pendar, who is initially so focused on his career that he fails to quite comprehend that there are people around him with worries and lives. It isn't normally my genre, but there was plenty of character stuff to keep me happy.
Posted by Hart Johnson at 3:00 AM

And thanks for the review of Alex's book! It's not usually my genre either but I love exploring new genres through interesting characters.

Well that's great! Dragon will be a hit for sure.

Maybe the dingo ate your baby...
That one was really clever, Hart.
And thank you for including Dragon today! I'm really glad you enjoyed it. Awkward - that's a great way to describe Tamsin.

A darling drabble dynamitely done! Dragon is an excellent book. I thoroughly enjoyed it. :)

A drabble of derring-do! And doesn't Alex's book sound delish!

Divine digression is good for the soul. Even the occasional daiquiri works, too.

Dragon of the Stars! YAY!!!! :D Love the review. Thanks for sharing!

Your little story was sweet, and Alex's book sounds great!