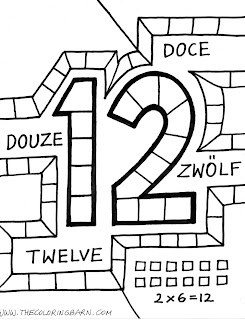 Okay, so it is straining the holiday thing a little, but last year I did the twelve days of Christmas and really liked it... but I don't want to do the same thing!!! But I thought maybe if I did twelve lists of twelve that that was sort of the spirit of the thing, even if it is really 144. And THEN the things don't need to be alike AT ALL except that they will be clustered... so there you have it.


On the first day of Christmas, her Tartness gives to you, Twelve Themes for holiday fun! 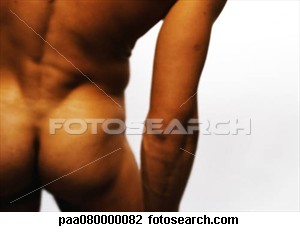 Twelve Themes that may or may not appear in the Twelve Days of Twelving...

*  Lovely man butts (which would most likely occur December 17 in honor of my Wenchie friend's birthday)
*  Detours in my editing process
*  Excuses for not having followed through on the eating plan for twelve full months!
*  Books I really mean to read.
*  Reasons I am thankful for my bloggie friends
*  Holiday treats!
*  Annoying shopper charicatures
*  Favorite books ever
*  Animals in my (fantasy) menagerie
*  Plans for Christmas vacation
*  Sentimental Christmas memories

Though I reserve the right to change my mind, because... you know... that's what I do...

I got feedback from my agent last night! She likes the book and characters, but... oh, lets put it in (part of) her words:

I’ve read through this and I think it’s almost there.  You’ve done a great job with the setting, complex cast of characters and a tricky story line – well done!

There is one big thing  -- I figured out who the killer was about halfway through (I marked where)!

I've stopped there, so as not to give too much away, but I DO have some editing to do... I either need to lighten clues on the SAME suspect, or change killers... in my mind, both are equally likely at this point... in fact MAYBE it is time for a little CRUELLA treatment... (she asked to be deferred earlier, but said December might be just right!)

My buddy, who henceforth will only go by her pen name because she is now involved in International Politics (I am TOTALLY serious!)... turned in her master's thesis in November and tested yesterday and GOT AN A on her comprehensive exams (coining the term Examinators in the process... nothing better than Cruella's words that are better than those already available) but HENCEFORTH, you can CALL HER MASTER!!! Seriously. She's DONE. I have a master's degree myself, so I KNOW what a big deal that is, so drop by and send her some congrats.
Posted by Hart Johnson at 3:00 AM

Looking forward to your excuses for not sticking with a diet ... Hmm, that'll be interesting. Congrats on the agent news, and congrats, Cruella! :o)

I wonder if we really mean to read the same books...

Congrats on the amazing agent feedback! Must feel fantastic!

Congrats to the Master!

Hart, I think that you can add a really strong, distracting red herring that points to another suspect, and call yourself done! Great feedback from your agent! :)

Oh, I've always wanted to go back for my masters degree. Go, Cruella!

Well please book me in for your man-butts themed presentation, thank you - front row seats please and may I also book some theatre binoculars! :-)

Congratulations with your feedback!!!! It's really positive - good luck with the edits!! Yay!!! Take care
x

Thrilled for Cruella! Will traipse over there right now. But not until I congrat you on your accomplishment, baby! I think your feedback is excellent -- really. I would guess that "figuring out who the murderer is" requires more tweaks than full on re-writes (argh, how many of those have I had to do in my life?!).

Good luck. And thanks for the man-butt.
B
The Middle Ages

Oh yes ... lovely man butts. And December 17 is perfect because it's Live-In Handyman's birthday, too.

Thanks so much everyone!

Elizabeth-now THERE is an approach I hadn't thought of! I will keep that in mind, as it may work!

Jenny-your spot is reserved! (the rest of you too!)

i will tell you right now that i woudl be interesetd in seeing all of those themes. for reals.
And congrats for Cruella!

Congrats to you on your novel progress!!! And Cruella! Whoo! Some great news there!!! And I think that's all I can remember as, trying to read the rest, all I could see was sexy man butt.

Keep us posted on your book!!

Sounds like your novel is definitely getting there! Congrats! And a massive congrats to Cruella. That's fantastic!

Well, at least she only found minor problems with the manuscript. Snort. I vote you end up with no killers. Make it a suicide. Or have the agent do it. I'm kidding. You have a very good agent who will find things before it goes to print!

That is quite the delectable posterior! Thank you for that!

Yikes about the agent solving the crime so early. Oh, noes! I seriously hope that doesn't involve too many people revisions.

Giraffes rock and so do your friends apparently. :)

wow, that's awesome! And trust me, only awesome news could tear me away from that man butt. Congrats!

Just put out some misleading tracks to confuse the reader, more possible murders, with motive, weaken the hints towards the real murder by making him/her appear weak and reluctant to go to action.

Some female butts would be nice too. Maybe I have to take responsibility and post some myself >:D

... and, yes, I think Cruella's decision is very wise. If you want to have a professional career (outside writing), it's best to not mix it with blogging. I do the same, don't want my blog posts to show up in between science publications if someone google my name. And I know that people (peers and students) do that from time to time

I am going to guess that Mrs. Peacock did it in the Conservatory with the lead pipe. Am I right?

I need to find some lovely Kate butts...
And I must be hungry. I saw Twleve Twinkies in the post title.

Aw, Tami, you're the best! Congrats on the great feedback!! OF COURSE I want to Cruellify your book!!! I can't think of a better way to use what's left of my printer quota at the uni. Send it whenever :) And thanks for all the lovely comments from everyone - so many people (both here and elsewhere) are so happy for me that I barely can match it myself (though that might have something to do with my body going on strike after all the stress I've put it through the last few weeks...)

If your agent had only minor quibbles and thinks your book is "almost there," then you've done great, Hart. Congrats big time.

And a bug HUZZAH to Cruella for her excellence.

Hey Hart - Your agent figured out who the killer was? Smarty pants. =D

thanks for the naked butt!!! LOL

This post is full of good stuff. Good feedback from your agent, good lists, good news for Cruella. And the nakey butt. Well, I'm very glad I stopped by.

Hey Hart - The man butt thing doesn't do much for me. But your comment from your agent got me to thinking.

My editor for a novelette I wrote a few years ago sent me a note saying that my ending kind of came out of nowhere and needed better foreshadowing so it wasn't so jarring.

It was a hard decision for me to make, but I decided to not question her and I wrote a scene that more or less did what she asked.

I think everyone who ever read the finished story now tells me that they figured out my ending early on (much earlier than I wanted, it was supposed to be a surprise that when you thought about it, it made perfect sense.) Looking back on it now I think I spelled things out too clearly. I'm was really disappointed it was so easy for others to figure things out.

So - and I'm just throwing this out there - maybe your agent is just really smart and figured out something that no one else would.

Glad your editor like what you wrote. I can't wait to work with an editor. I know many times it could be grueling, but I am definitely up to the challenge.