So we decorated our tree on Saturday night and then YESTERDAY I cleaned (like really CLEANED) the living room and put out the other Christmas decorations. We have a couple little light-up ceramic buildings, stockings... and I pretty much wore myself out. I'm not really a domestic being. The dusting and vacuuming in particular... ACK! But one of our rooms is now ready for the holidays, so that's something. (pic is from when I was a baby, with my dad and cousin)

And then the kids and I have been watching the Harry Potter weekend on ABC Family. It's official... next times I have a beloved story, I am buying the DELUXE DVD--there are several scenes that have been CUT from the version I have (and was in theaters) that is in these, and I am feeling just a bit MIFFED that I didn't know the deluxe ones had extra scenes or I would have gotten THOSE instead. Now I know...

I suppose it's official that I am getting in the spirit of things... not shopping... but there isn't a ton of that to day. But it is the sweet spot where I stop resisting the dark and cold for a couple weeks and give in to winter and the holidays. (Once the holiday part of that is over, I return to being tired of the cold, though FORTUNATELY the darkening part reverses by then, so that's something...) 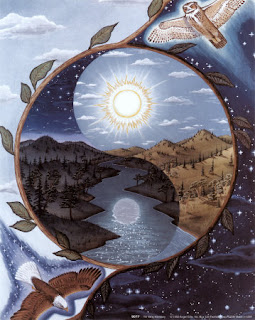 In spite of my hypothesis that order and order would be correlated Friday, what SEEMED to be the case among my FABULOUS readers was that PANTSERS were a little pickier as housekeepers (Raquel and a couple others aside) and OUTLINERS weren't so picky about the house... Middlers were indeed still middlers, but it seems to me this was TOTALLY unexpected... UNLESS...


See, when I started writing more... I started stealing time from this and that to do it... I think the MORE time you spend writing, the less other time you have available... Now that is not to say writing with an outline is slower... in fact it's faster... but if you spend the time researching and plotting and outlining carefully up front and then ADD THAT to the writing time... maybe the total is more? 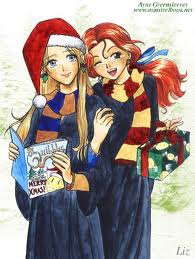 My buddy Michael is a major Harry Potter nut, as am I. He recently went to the Orlando version of Hogwarts and has purchased some PRIZES and one of them will be for the winner of this blog fest.

So what does that mean... Potter holiday story? Well, there are the MAIN characters we know, but I think it's also fun to look at the ones we spend a lot less time with... MORE fun, in fact...

So I encourage you to turn on your Potter-brain and write a little Christmas story!
Posted by Hart Johnson at 3:00 AM

Oh Man...Is this a chance for us HP-obsessed-fic-writers to go head to head? I doubt I would write anyhting great, but its worth a shot!

Thanks for sharing that!

I also wanted to point out that I am not someone who really has an outline before I write, and I am NOT picky about the cleaning...Unless I get into Virgo mode...then I am EXTREMELY hard to stop while cleaning and everything must be in its place and perfect.
I agree that when you start writing you do take time from here and from there, leaving you with less time. I do that most of the time ;) (much to the annoyance of the others in my house)

I live alone so the house doesn't get messy. My cousin taught me that only goes so high and never higher. When I leave my office and sneeze on the way to get coffee or food, it's time to dust.
My outlines are mostly in my head, what's that make me?
Love your blog!

I think you're right--outliners spend more time on the front-end, then write quickly. Pantsters get stuck with plot points while writing...it takes longer, we clean less. :)

Leesh-TOTALLY an excuse to write fan fiction! And you are throwing off my virgo stereotypes! (which I'm allowed to have because I am married to one!)

Mary-I think I'd have messy rooms and clean rooms if I lived alone. It is OTHER people's junk that I never can tell what to do with (which is why my hubby doesn't just clean--he'd throw all of it out, which makes me furious) (thank you!)

Elizabeth-you write pretty quickly for a self-proclaimed panster! I just find a little more outlined is tidier, but my characters won't follow a tight one... I am definitely a middler. It is interesting to watch you learning new tricks!

Good job on the cleaning! People have to come see me for my house to be clean. :)

I'm a perfectionist in most areas - I outline and try to keep the house clean. At least organized!

Jenny- I wish I even WANTED to be a good housekeeper! I can't make myself care very much... Thanks!

Su-Thanks--Man, how I despise the cleaning, but it had to be done...

Alex-but you didn't say whether you are a VIRGO or not!

Safe to say my housecleaning skills are now lacking!

that is both suprising and unsuprising about the pantser vs plotters house cleaning thing. nice research on your part

Thanks so much for the shout out! You're the best. After two days on the road it is sooooo nice to be back home....

Before I left I had repainted almost my whole condo. Now the fun begins, putting all the art back, digging up the Christmas decorations, and the worst of it, unpacking, laundry, and straightening out the place before I decorate...

As for writing, I go with the flow. I could never outline and be regimented when it comes to my design work or my writing.

L.Diane-funny that you say housekeeping skills are low, because you are so ORGANIZED! Guess it highlights these opposites!

We put up our tree on Saturday, too. Along with other decorations. I'm beginning to feel a little Christmas-y myself :) Love the photo!

Huh. That is weird! There has to be some deep reason behind it. Gotta be. But I totally thought plotters were going to be all household uptight! Teehee...its all the time they spend *snort* plotting ;) Totally joshin...I definitely need some more plot in my life.

I got in the spirit over the weekend too. The tree comes later, ‘cause after a couple of weeks most pine makes me sneezy and weepy.
I’m not surprised by the outcome of your impromptu poll!

I'll get my elfin matey Laura to Potterize for Xmas. She adores the bespectacled imp.

Now, that was unexpected... Interesting. I don't know what it means, if anything, but interesting nevertheless :-D
Or then your blog readers aren't very presentative of either group...

Harry Potter Christmas fanfic... Ok. I'm up to (almost) anything :-D I'll tell hubby, so that he can do that in stead of procrastinating writing about the HORRRRRIBLE monster :-D

I'm with you on the winter/dark/emotions thing. As for the Pantsers vs outliners, I guess I have some catching up to do!!
B
The Middle Ages

ooo! We had the HP going all weekend, too! A few times we even stopped to watch it--this weekend was nutz. shew!

I think you're absolutely right abut the choosing where to be a perfectionist thing! That's totally me. So when I *do* make time to clean, I'm obnoxious w/it... :D but at least I know it, right? <3

P.S.
omg--I love that picture. Your dad looks so sweet kissing your little fat cheek like that~ :o)

I'm huge Harry Potter fan. I'll check that out. Great job on the cleaning. Mine's a never ending battle with three sons and a hubby. I try. *sigh* I bought my first X-mas gift today. Hope to finish in a week.

Be careful Tami. That Yin Yang symbol is a sign of devil worship. *sarcasm*

I am surprised by the results, but your explanation seems sound. I have a friend who is a panstser and when she is in the ~zone~ then the house could blow away with her in it and she wouldn't know. Fun post. =)
Edge of Your Seat Romance

That's one of the things I hate about Christmas, all the stress before holidays start, the house cleaning and insane shopping. And everything that goes wrong is my fault >:)))

Colene-Oh, the plot will find you when you're least expecting it. Never fear.

Holly-we'd be later if we had a read tree, too--the Michigan ones we used to get are only ever good for about 2 weeks before they are fire hazards.

Ketutar-you aren't suggesting I have strange blog readers are you? *snort* I suppose having ME in common might just make that so...

Barbara-I think it is where we live--you aren't so far from here, and the LONG winter does it. I used to really love December.

Leigh-I didn't sit much either, but I had enough cleaning to do in the room with the TV...

CaH-Sorry it all ends up your fault! (that is sort of my role at my house too, as hubby is the pickier one). And the shopping is the ONLY reason I like being across the country from friends and family... cards. Pictures. a couple gifts. All shipped by the 15th and no more worries except the kids.

I did not know about the cut scenes. I'll be remembering that, too.

As for writing, I've lost my way on my stories. But my stove, oven and surrounding area would pass a health inspection with flying colors.

Thanks, Hart, for your personal photo -- it brought back my own memories.

There's some old saying that goes, "A clean house is a sign of a misspent life." Words I live by.

I’ve thought about getting my Christmas decorations down from the attic – does that count as getting into the spirit of things?

I must have missed the outline/pantsers post. I’m a pantser but I’m also great at ignoring household chores, including giant dust bunnies.

I have not read or seen any Harry Potter (I know - I’m some kind of freak), so writing a short story is probably out of the question. I do plan to read them someday, but…

I am afraid that if I wrote a Harry Potter post, it would somehow turn out dirty. I best steer clear of that.