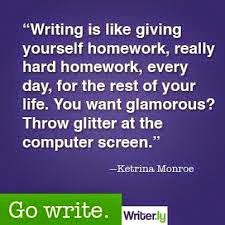 So the past few weeks, in addition to working full time and theoretically writing full time, I also volunteered for a piece of planning my class reunion. I am confirming emails and finding people. Facebook makes this a little easier, but it is by no means the no-brainer I somehow thought it would be.

But it has gotten me to thinking about how different things were when we did this ten years ago... 2004... I was at a different job—one coming to an end because a grant was running out, so life was up in the air a bit. But you know what I was NOT doing in 2004? Writing.

I had NEVER finished a book. (I'd started several, though the last time I'd tried had been 1993—the summer between my first and second year of graduate school when I managed half a novel.

Since that time I've written fifteen novels (plus three novel length fan fiction works—they were my start). I have two more significantly started and an idea file so deep I may NEVER get them all written. 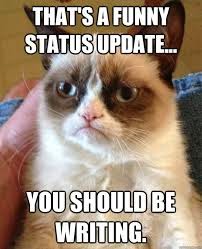 All you amazing mind-meldy people that help make my life so rich were SCARY to me (con artists and dirty old men in basements trying to lure in innocents, though I suppose I had no worry in that realm).


I've not only written, I've published. A mystery series and a serial book (all but the very last one—coming next week, I hope). I've published traditionally and self-published...


While the writing life has been good—a whirlwind of crazy wonderfulness... there have been repercussions... I'm significantly heavier... My house is a DISASTER. We've lost some family... But overall I think the triumphs outweigh... 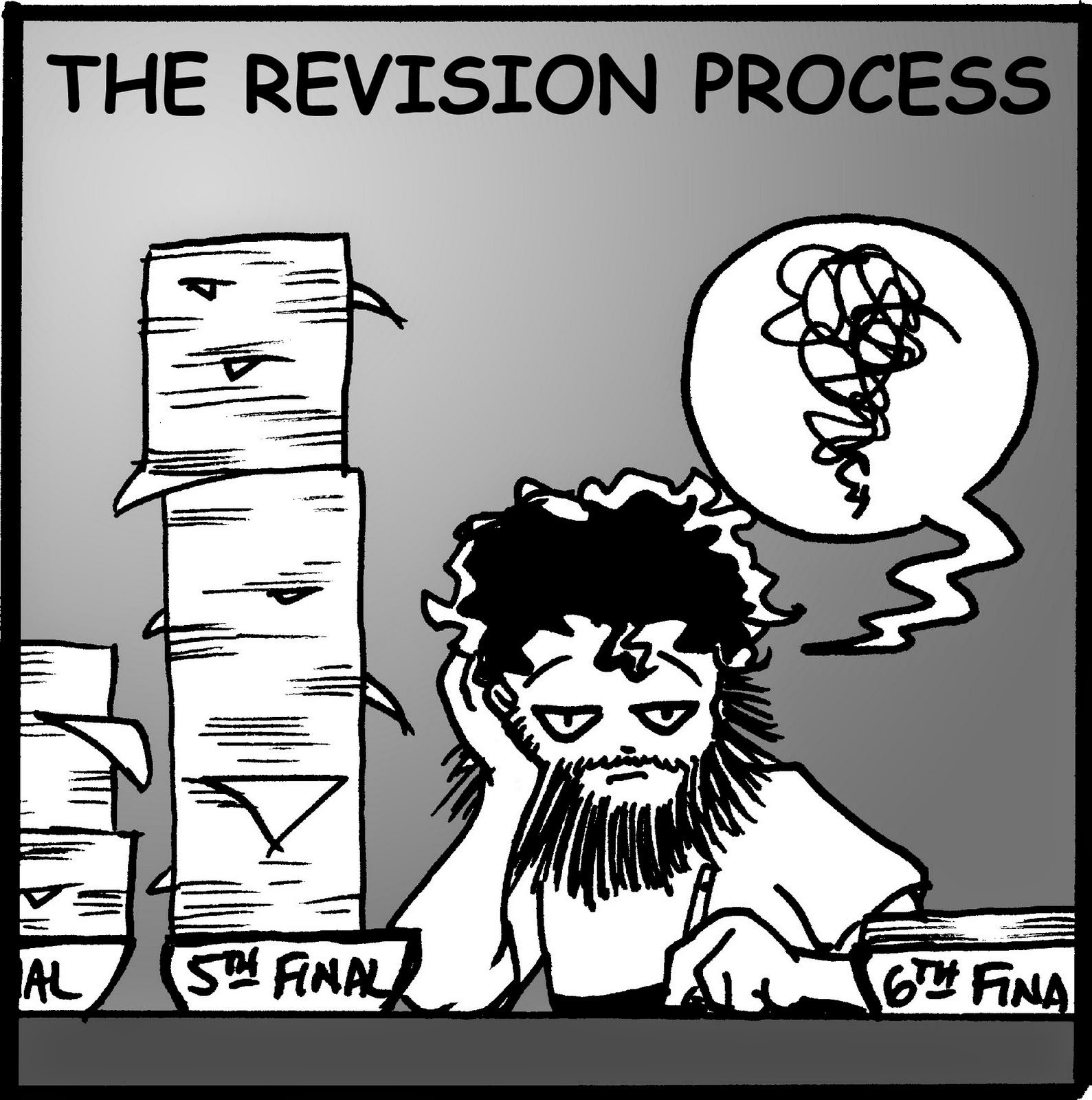 My writing has stalled a bit... I am trying to revise What Ales Me and decided I needed to put in a little time READING some things that hit the tone I want. I've talked about this, yes? Not COZY, more SASSY? I want to keep the humor and quirk, but want darker plots and and boost in the spice. It is good timing, as vacation looms.

I am LEAVING next Wednesday for a two week trip, so this is my last post until at least August 21. But by THEN I should have been rejuvenated and ready to dive back in...
Posted by Hart Johnson at 3:00 AM

That's a lot of changes since 2004. I wasn't online either and hadn't written a thing. I wasn't playing in a band either, so add that on top of everything and yeah, some things have slid by the wayside.
Enjoy your trip!

I was writing and doing books, but I wasn't online yet. Or maybe I had a My Space account? It wasn't until the end of 2004 that I set up a website though and then early 2005 before I joined a social networking site. (Deviant Art)

Have a good time on your trip and I hope it kick-starts your writing again.

A lot has changed in 10 years. If someone had told me then that I'd be blogging today and enjoying it, I would have told them they were nuts. Hope you have a safe trip and enjoy your time away.

Amazing how much life changes in ten years. Enjoy a GREAT vacation!

That's a lot to be proud of. I probably started the first novel I finished about ten or eleven years ago. Lots of half-baked ones before that, and two more since. Still haven't published any of them yet. But hopefully soon. :)

YAY!! Have fun on vacay!

I was meeting people online back in the mid-90s!

Have a good trip!

You really should be so proud of yourself because in a mere ten years you've accomplished so crazy, wonderful much! I'm sorry you've lost loved ones in that time, but as for your weight not being ideal or your house not being neat--who cares? When you become a famous, wealthy author you can hire a housekeeper and a personal trainer.

Have a great vacation and come back full of energy and writing enthusiasm. I am a writer too with 2 co-authored books, on Christmas and celebrating moms.

You've done a ton in ten years! Enjoy your vacay!

Reading is a great way to rejuvenate. So's a trip. Seems you're doing the right things to keep up that remarkable pace you've set for so many years.

Wow. That's a lot you've done in 10 years. Hope you have a great trip.

Wow, you've made amazing writing progress. I wish I could say the same. But still, I'm not giving up. Because if I couldn't call myself a writer, I'd just be a weird person talking to all her imaginary friends.

You are a treat, dear tartlette! 10 books! Kazow!

Hi Hart! I hope that you are having a great trip. I just wanted to stop by and let you know that I am back to blogging. Friday was my last day at work, and Cary and I are getting ready to go on a road trip with the 5th wheel ... Mississippi is calling his name (and mine too!).

Hugs and keep up the great work.

I was wondering where you got to! Now I know you're on the road. :) I hope it's going well.

Back in 2004, I already had a crapload of online friends. Started finding them as early as 1999, but in 2000 I really 'expanded' when I joined a website that was for Wheel of Time fans. :) I've met over 50 of them face to face so far. I've also met some friends made on an online diary site. As for writer bloggers, I haven't met a single one yet, that I know of ... ;) But would definitely love to!