Welcome to First Wednesday and the Insecure Writer's Support Group! 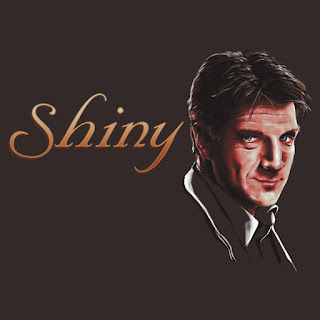 So I finished a round of edits on Friday. That was good. I'd actually mostly finished a week earlier but had several places marked for expanding, so Friday is when I finished “filling out” those parts. (Yay me!) But with all the books I've read recently, I've felt like I want to now do a round where not just the STORY is what I want, but the words are. I am calling it the sparkling edit.

I am delusional. A friend asked me if I planned to throw glitter at it. It might come to that.

I know I don't write super descriptively, and I've always preferred simple language because while it might not be beautiful, at least it never gets in the way of the story. The language itself can be invisible as the story soaks in. But I'm starting to think it's not enough. I need a bit more “pull the reader in” stuff and some of that just has to be descriptive language. But well done descriptive... evocative and visual, not just describing... Emotions, too... I can't just tell what they are, I need to infuse how it feels. 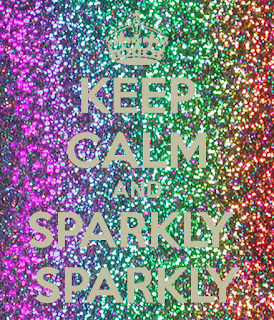 It doesn't feel natural and it's hard. And I may just abandon it and go back to the last draft. Even in my first two pages trying to think about writing this way has me totally questioning what I have there. I feel like I need to completely rearrange everything. So I am feeling VERY insecure at the moment, but I suppose if we don't try new stuff, hard stuff, stuff that makes us uncomfortable, that we never grow...


Have you conquered any new writing challenges lately?

Don't forget to go visit some other insecure writers!

Sadly, no. It would be awesome to conquer my lack of writing. haha.

I love sparkly stuff! Anytime I walk past a market stand that has bling, I stop and look. I am also frequently compelled to buy sparkly things.

You wouldn't think it since I'm quite the tomboy, but it's true!

It's awkward trying to do something that doesn't feel natural. But it's definitely worth challenging yourself! It's how we grow, I think.

Not everyone can write sparkly. Just write it solid, Hart.

I like the idea of throwing glitter at the ms. Now that's a good, descriptive image! :)

Hang in there, Hart. Give it a try if you want to but don't beat yourself up if it doesn't work. Look at it as an experiment.

If I had to make my work sparkle, I'd be in big trouble.

A little sparkle can go a long way. Go for sparkly verbs. Adjectives don't seem to be in fashion so much these days.

I prefer simple language too. I'm not sure if more description will help so much as description with reaction incorporated within it. Feelings are what pulls us in. :-)

Anna from Elements of Writing

This is a 'shiny' post. In my edits, I always try to find better verbs but I don't add much sparkle.
Susan Says

If it's not feeling natural, then it might not read natural to the reader. Don't let it get in the way of the story. And you can always throw glitter at it. It might work.

You have to be careful whenever you try changing your story away from what comes natural to you. It's okay to push here and there and learn new techniques, but don't kill yourself doing something you're not ready for. Your readers will be able to tell. Nice and simple wording is usually the way to go, in my opinion.

I have never called it this, but I do this too. I tend to be a sparse writer, especially in my first drafts, so I always need to go back in and add more description, sensory stuff, etc. In fact, that's what I'm working on now with my WIP.
I also get insecure when I try new things, but hang in there. You'll probably be able to look back and see how sparkly it is soon.

Hemingway wrote in a very plain way and that worked for him. If what you write evokes emotions in the reader, then that will work--fancy writing ain't necessary, Hart my dear.

As for my insecurity: My first chunk of a screenplay (25 pages) got shot down by a script consultant (and he was being nice) who pointed out the structure I needed, which is very different from a novel. So I'm starting over and have my hopes up, but my feelings are still hurt and my insecurity is pretty high.

That's my biggest challenge, too. I do it all in one sweep...at the very end. I do character and setting descriptions and anything else that needs to be worked on. It bogs me down too much while I'm writing it, so I just wait until I'm done.

There's nothing wrong with striving for an arresting turn of phrase. At least you have the story down pat, rather than chewing your pen while searching for the perfect description, which holds up the flow. I think you've done the hardest job already. Good luck sparklifying!

What have your crit partners said? I don't feel like I'm describing my scenes well enough, and then one of my crit partners complimented me on my descriptions. So, maybe you're being overly critical of your writing. Maybe what you think is lacking is actually there.

I agree, it's good to try new stuff. Without trying, how will we know what works? Remember, even a failure is a success, because you learn from it and know what not to do again.

Many people have come up with descriptive words to describe descriptive words, by I like 'sparkly'. I'm into description especially when it comes to settings, but some authors tell me they totally miss that part until the editor points out that she'd like to know where the story actually takes place, lol. We've all got our strengths and weaknesses. Good luck with adding your 'sparkly' bits and I hope it makes a big difference to your writing.

My writing life has evaporated with the personal life stuff getting in the way. Working to heal and get past all of that yuck so I can get back to writing again.