The fuzzy continuum. There aren't enough words with two 'U's in a row, are there? But never mind. 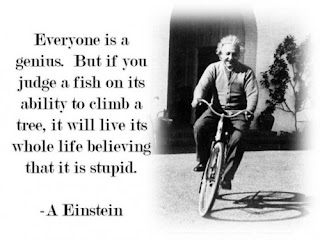 I think the world is filled with a great many stuffy people who don't understand the distinction between these two concepts (they think it is ALL insane and cling to their never-changing (WRONG) world view). And a great many MORE so afraid of being labeled with the latter that they never try to access the former in their inner self.

But you see, I think we ALL have domains of ingenuity. We all can tap something nobody else can get at that is BRILLIANT.

And if you are REALLY determined, you can try to pass off your INSANITY as INGENUITY. In fact some might even call that a business plan *cough*


You see, I figure by CALLING myself insane all the time, you will all see I have moments of lucidity and assume I'm just saying that, right? You'll assume some underlying ingenuity. You see what I'm doing there?

“Oh, no! Hart made a lot of sense last Thursday” (which I didn't, by the way—I was a full on lunatic, but Saturday I actually made some sense)--then you will argue that I fall on the ingenius side of the spectrum! I've tricked YOU into doing the work for me! Erm... or not. 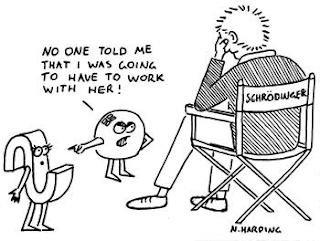 But seriously, all geniuses are accused of insanity by the people holding onto the status quo.

Ah, but fine friends... it IS. It had just not yet had the benefit of the test of time. So if you all buy into everything I say NOW, you will eventually either be seen as profits or nuts. But at least nuts have fun.

Are you willing to risk being accused of insanity in order to pursue your inner ingenuity?
Posted by Hart Johnson at 3:00 AM

I LOVE that Einstein quote.

I definitely lean more towards the insane end of the genius scale LOL. And I'm okay with that. :D

You are more than insane lovely Tart! You are NAKEDly Insane! Yay! Take care
x

I love that Einstein quote.

I'm definitely not a genius, and since mental illness runs in my family... I'll settle for creative.

I was going to say something genius and brilliant and then I read Kitty's comment and completely lost it.

In all honesty, I think you're onto something here. Think about, "A Beautiful MInd", Van Gough, It's too early for me to be thinking clearly enough to have anymore, but we see insanity all the time in writers. Don't tell me there's nothing wrong with Stephen King. Think about dead writers, Fitzgerald, Thomas. I think they were probably mentally ill alI think that creative people are perhaps more prone to mental illness, due to having their right brain so engaged with their particular art, the other gets a little feeling left out and and lonely.

Tina @ Life is Good
Co-Host of the April A to Z Challenge
Twitter: @AprilA2Z #atozchallenge

Seams like it's hard to get one without the other >:)

Excellent - and oh yes, yes, yes - I tend to use the words crazy and creative - but understand the concept completely. -too bad it is not C-day :)
Adore that quote!

My career history might qualify as a sign of insanity as I vascillate between the cerebral and the sh*tty: from zookeeper (bird poop) to math professor to at-home mother (diapers) to aspiring author. Yep, completely nuts.

can we have 'prophets versus profits' for 'p' post please - oh please, just for me?! :)

I think I'll be accused of insanity every day of my life. But that's fine by me. The whole straight and narrow route sounds dull, if you ask me.

urgh. i have many opinions about the label of insane that gets slapped on ingenuity all the time. it seems as though people who process the world differently are assumed to be "wrong" by society, instead of different.

embrace the uniqueness of your thought, as long as it isn't harmful to yourself or others.

Crazy can be fun. I think an old saying goes, "I may be schizophrenic, but at least I have the both of me."