Though Milton and I are in disagreement on which rings are filled with whom, and he never once mentions bad drivers—MotoTards, as I learned from my friend FooDaddy (a term that has made me popular among my daughter's friends), AND because at work we descended yesterday into GRANT hell (if there really is a hell, this is what they would make me do there—a fate to be avoided at all cost) I thought I would post for your perusal and entertainment, the rings of QUERY HELL. 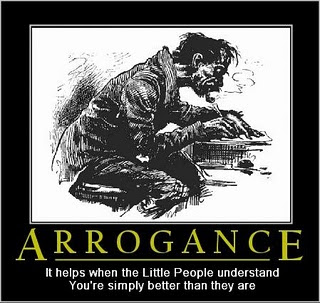 These people have just finished their first manuscript and are SURE it is fabulous (their mother thought so!). They have done a proofread, but think terms like 'rewrite' are for people without their natural talent. They are about to receive the taunting of their lives.

This person drafts a query letter, follows the rules, picks their favorite agent... and waits. When the rejection comes (if the agent sends them) they then choose another, and send. They are destined to do this for forty-five years. It is its own punishment.

These people download a list of all four hundred agents who represent their genre, put them in a listserve and send the query to ALL of them (at once, headed 'Dear Agent'.) This approach gets them put on a black list and they are forced to take on a pen name, or never work in the industry again. 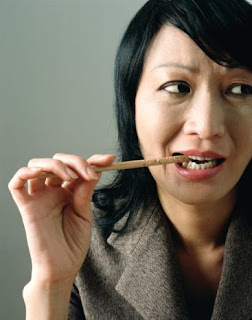 These people have received a ton of form rejections and are thinking they suck and they ought to just hang it up now. They've decided that though their manuscript was PERFECT six months ago, now it should line a ferret cage and they don't deserve the title 'writer'. This wallowing in self-pity ring is one everyone is required to pass through, usually several times.

These people are making edits left and right, jumping to address every single thing they hear from every single person, not even realizing that the form query rejections are just printed from a central file and not personalized in the least. Like querying, editing is its own punishment. 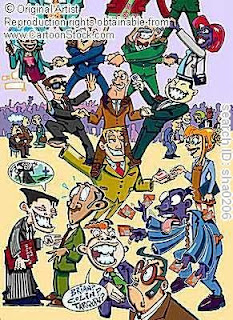 These people are convinced that they KNOW somebody who can give them a break, so they are WORKING IT (and I have placed them this deep in query hell because I am jealous, having neither the connections, nor the personality to pull this off). Though it would also be damn depressing to know you had an in and you STILL couldn't get published. After a few months of this, their connected friends run when they see them coming... connections come, connections go.

This person says cheerful things like 'it's all part of the process. At least I'm learning a ton.' They are slowly going insane. (I am usually here, though at the moment I've been sent back to Ring 4).

This person has NOT been published, but is handing out advice left and right on how to GET published, because they believe an agent may notice how smart they are and take them on, or it makes them feel better to AT LEAST not be making all the newbie mistakes about it. They will helpfully read query, first chapter, and manuscript of all comers, telling them everything they need to do to get it accepted. This can be a happy stage for a year or so, until they realize their advice hasn't worked for them, then they get dumped back into the 4th ring.

Ring 9: The Self Publisher

This ring has accepted that the industry is stacked against them, but instead of continuing to work it and try and get in, they take the matters into their own hands. The problem, is 90% of these folks are doing this before their book is READY—it has not had enough eyes, enough rewrites, and a proper editing, so even those who ARE READY are destined to sit in poor company for all eternity, selling fairly few copies and wearing a stigma.


[keep in mind ALL of us who are 'pre-published' are in here at the moment and I meant no offense. I figure we're in it together and was only trying to amuse.]
Posted by Hart Johnson at 6:59 AM

yikes - I don't want to look too closely to this - I guess that would put me in denier ring wouldn't it? Also 'flit flit flit ring' where I flit from wip to wip never finishing anything. Yep, I'm in that ring right now and it burns something righteous!

Ugh, I have a friend in Ring 9 and he totally deserves to be there. I was his first editor, then he went against my advice and published anyway.

Jan, you and I can hop from Ring 7 to Ring 4 and back together. A little denial is what gets us through, eh?

Oh, Amy-that's rough--hard when you try to tell a hard truth and they won't listen. It is such a LONG HAUL to do it the right way, and I certainly understand the temptation, but I think a good several rounds of TRYING at least--polishing, rewriting, taking critiques to heart, are necessary. At least YOU KNOW... When you're ready, you'll know what it takes.

Love it. I've been most these things, save the last two. and I love the phrase "mototards" (i hate bad drivers)

And yes, I adore Mototard--when Paul came and offered it up, he was dishing 'open source' insults, so you can use it without paying him, which is always a bonus. One of my daughter's friends though, just this weekend, told me she loved me after I yelled it at a driver.

Great post, made me laugh! I'm currently in ring 7 as well. Although "going" insane isn't quite right, 'cause that denotes that I'm not already a candidate for the local looneybin. Sigh...

The more rejections I get, the better a writer I become. Sock it to 'em (using real socks).

Per usual, you make some right-on and funny observations. But alas, I still fall into the heading-for-self-publishing category, even while I believe my book is part of the 10% of manuscripts that are ready. Why and how I'm choosing my independnt route is partially detailed in my blog under "A Confession." http://www.becominglayla.com/?m=20091218
Being a published writer (Bantam), I've experienced the benefits of being being professionally published, but I've also seen the downside, to whit: you will still be expected to aggressively promote your book at your own expense; hire a publicist at your own expense; very often pay for professional editing before their editors ever see your manuscript; the publisher can keep you under contract for a couple years and then cancel that contract, during which time your manuscript has been languishing; but if they do publish your book and it doesn't sell as a hardback it probably won't go into paperback and will disappear and go out of print, and there's nothing much you can do about this because the publisher owns the rights to printing your novel, not you.
Also, I've seen publishers and agents scrambling to find and buy up self published books like "Celestine Prophecies" (worst novel ever written), "Mutant Message Downunder" (worst alleged memoir), and more recently (and better books) "Still Alice," "The Lace Reader," and so on.
So personally, I think the rule about publishing books is...
Everything changes, including this rule.

B. Yeah, I was a little liberal with that 'going' insane piece... teehee... And thank you for reading!

Mark--SOCKS! which ring allows for sock wars? And I can be more insightful. I don't have all that pesky money and piles of book contracts blocking my view.

Helena-I do know there are A LOT of reasons to go with self publishing. I've had past blogs advocating some author controled 'quality control' so that while ANYONE can self publish, the books that are actually GOOD can get some sort of seal noting they meet XYZ standards.

I am also hoping that with the increase in PoD that 'out of print' soon becomes a thing of the past. Seems silly to say something can't be printed again when the means are becoming so easy. (And the fact that you HAVE published means I'm sure you know when your book is ready, unlike the never published). I wish you luck with it!

I'll look up those blogs for your advice (I need all I can get). And I love your idea of a standards approval seal.

Helena, I know (in my head) that I've advocated a couple different times, but the only one I'm finding at the moment is this one:

It is one of those times I wished I'd made a label for it so it was searchable!

Thanks for this -- fun read, and a good guide for commiserating. Here's hoping you'll soon be able to post the rest of the Divine Comedy of Publication!