I don't know if any of you pay attention, but the number geek in me has added a couple counter widgets to the side to tell me how many people have been here, where they are from, and what (website) brought them in. I'm too cheap to pay for these things, so the detail is only on the last 10 visitors, but there are some things that have made me very curious for a good long time, and it's only gotten stronger since I added the flag thing. 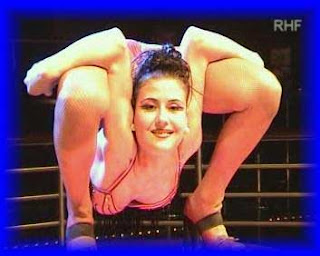 I noticed this week that one of my referrals was a search for nudist contortionist, so I've got that going for me... You want a nudist contortionist, I'm your gal. Nobody seeking naked world domination in a while, so that's sad. Most people either come directly, or via Facebook or Networked blogs (which is also facebook). I get a twitter visitor now and again. And this week, I added a couple Amazon BNA visitors because I put my blog link on my profile.

What this tells me is it all helps... In fact since the Amazon link thing, my average daily page hit has jumped quite a lot. I don't know if those are first degree hits all the time, because I also added a few of those folks as FB friends. But my blog about being a blog slut in particular had about 130 views—I'm pretty sure that's a record for me.

But none of this answers how the heck people in the Russian Federation are finding me. Not PERSON—that flag counter says I have 6 readers from the Russian Federation. In fact... though the first four places are held by English speaking countries (the US, Canada, the UK (which amazingly passed Australia in spite of my documented Australian fame) and Australia). I have 10 readers in Norway. I SWEAR to you I only know one, who is probably actually 3 or 4, but that still leaves me with a readership... you don't suppose hot, mopey musician guy is following?! *coughs * Sorry, Mari.. not meaning to tell tales on you... Seven readers in India... which may surprise YOU but doesn't ACTUALLY surprise me. Natasha has inspired me and encouraged me all along, but I also have three other Indian friends through the Potterverse, so if any of them uses more than one computer, it only leaves a couple I know nothing about... Likewise, the 5 in Japan—I know 3 people there, 2 of whom I know have checked in... not a ton to explain.

But Russia? WHO ARE YOU??? I'm dying to know!
Spain? I have a friend from high school there, but I doubt he follows—just doesn't seem like the blog reader sort. Germany and Greece each have ONE known person... is that enough to explain 4? Susie, Chris? Do you have multiple personalities?
Another big one, because I know of no connection, is Pakistan. I have 2 Pakistani friends in the US, but IN Pakistan? And I've seen the map—these are in really different places, and so NOT the same person. 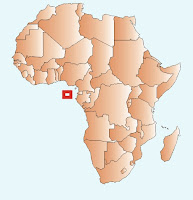 I am likewise curious about my reader in Saudi Arabia, the United Arab Emirates, the one in Guatamala, and I want to know where my Indonesian and Argentinian following has gone! But MOST OF ALL... the dot off of Africa has yet to have a flag but HAS appeared on the map... SHOW YOURSELF! (I THINK it is Sao Tome, but that is a guess, as the widget map isn't labeled—I could SWEAR it was farther west, but I can't see ANYTHING there... are you on a boat?) I really am dying of curiosity here... I would LOVE to know who you people are. If you don't have response access via blogspot or are shy about being in public, you could email me. Just put blog in the title: hartjohnson23@gmail.com.

I just am so darned curious about who I am reaching.... tell me about yourself. What brought you here? Do I know you or someone you know in some context, or did you stumble in?

I'm sending out a big giant naked hug, all around the world. This tickled me like you wouldn't believe to know how far and wide you can reach simply by putting yourself out there... but the social scientist in me wants to understand the process.
Posted by Hart Johnson at 3:12 PM

That's so cool! I wonder where my viewers are from... Probably all US. Where can I get that widget?

On the other hand, my little Dutch flag has disappeared... Nobody loves me :(

PS: my word verification was Grawpic, that's close enough that I think it's starting to know me ;)

Amy, if you click under my widgets there are instructions to download them for yourself. I think I stole both from natasha.

Your Dutch flag is on page 2 Joris. If you want it to return, you need to recruit your friends. (I think there are only 2 for the Netherlands, which rather surprised me, as I know 3, but Mara and Ele have both been busy.)

That's such a cool post, Tami. I do have three ip addresses, of which I have definitely used two to get to your blog in the last month, so you still have five others!
The flag counter does make you think, doesn't it? Incredible the number of countries that are represented, and you know nothing about. 6 from Malaysia, 6 from Iran, 5 from Russia. Where did they come from?

Had one from Slovenia just this morning! I'm glad I also have the mapping thing, or I wouldn't know where that was (I would have put it in old Russia, but I think it is more old Yugoslavia). But yes... 22 countries... fairly amazing.

Sorry Tami, can't help you explain the Norwegian ones. Perhaps it's just your natural charm as a Norsisima that attracts us like moths...

And to think you tried placing Slovenia in the USSR... I've been there, did you know? It's lovely, and definitely a place you should consider including on your Naked Tour ;)

I'm looking forward to finding out who your lurking fans are, Hart!

I have a lot of Belgian fans. :) Who knows why? They never seem to comment.

Mari, it's the Slov almost like Slav thing... Definitely throws me off!

Elizabeth-Belgium huh? Have you been introduced to Baffles? Apparently they are beer batter waffles and I think they are a Belgian treat. I haven't gotten any answers yet... hopefully soon!