My friend Marian shared a horoscope (of mine) with me this week and it struck me it was awfully darned accurate. The link is gone, as a new one goes up each day, but the gist of it is I am a shameless attention whore and insecurity is the reason. I DID copy the punchline:

On the other hand, if you're attracting attention, even negative attention, maybe you're already winning. It depends on what you're trying to achieve. There's no bad publicity, in some worlds.

So I thought maybe it was time for one of those confessions I'm supposed to be doing around here.

It's true. I'm a shameless attention whore and insecurity is the reason. Lemme e'splain... 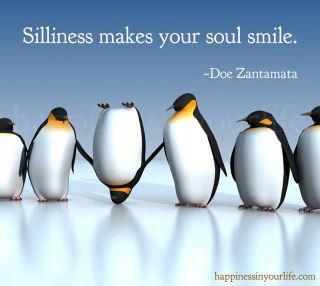 See... I'm shy and awkward, right? I mean I was in my mid-20s before I learned boys were people, so it is worse in mixed company, but I am PAINFULLY bad at small talk. Now with my close friends I was always pretty good at just being silly—silly broke the tension--helped me contribute, even if I had no clue what to say. And I think in late high school I realized that silly went over well with people I wasn't quite as close to, too.

I mean sure, I still had yearnings to be dark and mysterious... sexy... desirable. But it really wasn't happening.

I grew to accept this as ME in my late 20s. I worked with a friend who was just as goofy and he and I used to bounce off each other until we were laughing so hard we were crying.... it was about the time I became a mom, too, so silliness and kids are a good pairing. Why NOT embrace it?

My first forays online were related to Harry Potter. In fact for a couple YEARS I was really only online in that capacity. The variety of people was big, and I made friends of all sorts, but the tightest friendships were those where a couple people could bounce off each other in sublime silliness—have it build, get the delightful surprises. By the time I was ready for Facebook in 2007, I had honed my ability with the quip. It just felt natural.

Such as it is... so I was being a goofball online with friends. No harm, no foul. Right? But what the heck was I supposed to do with a BLOG to promote a BOOK and the idea of me as a WRITER? (A public figure? Me? Eeek GADS—do you KNOW the skeletons I have in my closet?) Oh, sure, I'll be all professional, I thought... for about five minutes.

Because it came back to shy awkward me and how well I talk to people if I try to limit the range of the conversation... it stresses me out and shuts me down. Why NOT fall back on all that goofiness stuff?

I mean... who DOESN'T want to be naked all the time?

Because that way if I'm laughed at... at least that's what I was going for.


Speaking of... recent nudity success: I am doing NaNoWriMo and my buddy Tonja, in Friday comments, said, “Hey, I listed you as a NaNo buddy. I figured that was you if naked world domination was listed as a hobby. :)”

See—no risk of your friends not finding you if you are always completely yourself and different from pretty much everybody else... But if anybody ELSE doing NaNoWriMo wants to find me, I am hartjohnson. Three more days!

I'm actually one of those weird peeps who doesn't like being naked. Much prefer a nice comfy beach dress or PJs to full nakedness. I know, I"m so boring!

Hart, it all works because you get to be YOU on your blog.

I think Alex said it best!

I was incredibly shy as a child. After I had kids, I changed. As I got older, I changed more. Now I chat it up with strangers. Just don't ask me to speak in front of a crowd.

I love your persona here - I think everyone knows you aren't sitting in front of your computer literally naked. At least I assume you aren't....

I am shy and hide behind my silly. You're awesome little Hart. Keep up the good work.

I was always shy and awkward, but in HS, that translated to silent Leigh. (I know!). Then in college (I wasn't as quick as you), I discovered being silly was a great cover. After a while, the small talk followed naturally...

And look at me now. And look at you, Nekkid! Although it's a little chilly right now... :D

Yes, what Alex said! And isn't that a wonderful thing.

Hey, Hart, it was fun learning about your online and writing career. You are obviously doing things right ... look at all of your followers, FB friends and those who have bought your book!

I love that someone found you through Naked World Domination!

Nakedness - you're doing it well, actually.

I'm more professional on my blog, although in real life I'm Hammy the Squirrel from the movie Over the Hedge. Really!

Your style works quite well for you. Always entertaining to read your posts >:)

I love your blog, and I echo what Alex said :)

I just figured you were a writer who's very vocal about your naturist lifestyle...:) I experienced much the same journey- except I learned that being 'ditzy' early on earned me laughs and appreciation. Girls were nicer and less threatened during those hard adolescent years so it served me well. I find myself still going the silly wide-eyed blonde route when I'm with people I don't know well.

I read where Hurricane Sandy was heading your way. Stay safe and stay indoors if possible. As a survivor of multiple category 3 hurricanes, I will be sending prayers your way.

You really have succeeded in being your naked self, and good for you. And by the way, a huge whopping congratulations on your Azalea book sales! If it weren't for my cellulite, I do my naked dance in celebration.

I like that you've turned that "fear of public nudity" thing inside out & embraced it. hehe.

NaNo will rock this year! I'm determined to see that it's so!

and yeah, I was really quite awkward and shy in high school, so much so that I was seen as a member of a Satanic cult. haha. that was NOT the impression I was going for.

Confession is good for the soul! Great post. Great naked writer picture! I enjoy your blog because you always make me laugh. Your sense of humor is very close to mine and I love silly. And naked. After all, I'm Swedish and naked is good.
Tina @ Life is Good
http://kmdlifeisgood.blogspot.com/