I know I've frequently said that you can't FORCE the muse... the muse does not come when called and will often misbehave, no matter how carefully you follow Muse-friendly protocol, but I've decided it is possible to really piss off the Muse and make them go away for extended periods. First...

How do we identify a neglected Muse? 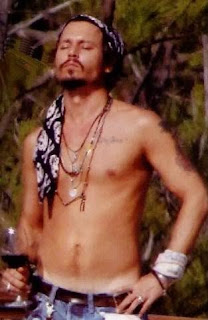 Here are a few of those things Muses do of their own accord, no neglect necessary:

1)  Pester you with a NEW project (and look how temptingly he does it!) in such enticing ways that it makes it really hard to finish the old one. Here is why. Muses are basically sluts that want ALL SORTS of attention, and so even if the old project is REALLY FABULOUS, they get bored with it from time to time. They want a change in positions to scratch a DIFFERENT itch. Here is where a Muse might need a lesson in discipline. Tie him up and make him WATCH while you flirt with something else for a while, then get back to your WiP and he should keep his mouth shut until you're finished.

2)  Giving characters a mind of their own. This sneaksey little bit of mischief is actually HELPFUL if you can keep some constraints on it. He'll never learn to do what he's supposed to if you don't give him the freedom to fail now and again, but if you can keep that character targeted toward the next plot point, this freedom can actually be quite helpful. Just make sure and supervise.

3)  Deus ex Machina (God in the Machine)--Muses can be lazy and they just want to be DONE already once they grow bored. This particular antic can sometimes be constrained, and sometimes you can't do a darned thing about it, but keep reminding the Muse, the more of this you pull, the more work the rewrite will bee (Muses hate rewrites).


All those things though, are within normal Muse behavior. Abandoning you entirely, is NOT. Oh, sure, Muses come and go... they can't be counted on every day and you have to power through, but there are some things you can do to alienate them so they don't come back for a good long time. 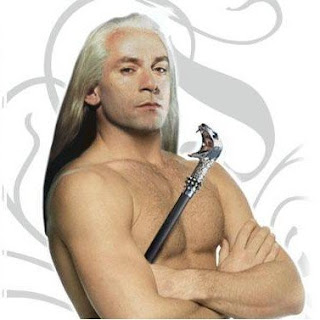 When I get in the bathtub at night, typically I first do a SUDOKU to help my brain transition from family and work, with their respective stresses, to the writing. I am stubborn and keep going until I have either succeeded, or made the fateful error. I've discovered that more than about ten minutes, and the Muse thinks I'm cheating on him. This brain change is only effective within limits, or I have gone too far into the inhuman realm of numbers.

While Muses don't mind this if it is THEIR idea... they are Swingers by nature, they are still a little miffed when it's YOUR idea. Oh, they'll TRADE alright, but good luck getting them back to the old fuddy duddy, run-of-the-mill project you had them with in the first place. New is ALWAYS sexier where the Muse is concerned, you see. So if THEY think of the cheating, they will come back out of guilt. If the cheating is YOUR idea, they might see it as an out. 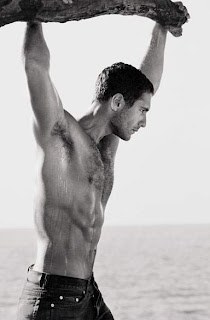 Muses are essentially lazy creatures, and if they see there is deep, labor-intensive WORK going on, they are going to hide for a while. There isn't much that can be done about this. Some people segregate their day to keep their Muse's fear at bay that during the WRITING day, the work will stay away, but for me, my brain gets inundated, and I just need to either be in one mode or another.


I think that is my latest problem... I diverted to another project, but only for 4 chapters, then I EDITED the other project, and now the Muse is miffed and I am having trouble tempting him home. He will come. He always does. But at the moment the writing is going SLOWLY.
Posted by Hart Johnson at 6:46 AM

yay I love the eye candy..ty and the muse will be pacified eventually :)

He'll return... I love that your Muse is a guy. But of course, it's fitting.

My Muse is behaving herself lately. She keeps whispering words into my ear for the novel, and I hope she never stops. At least, until it's TIME to stop. But she has given me some ideas for short stories while I've been working on this MS WIP. I've just filed them away in my mental folder for ideas and hope they're there when I need to take a time out between first draft completion and the editing process.

Good luck enticing your Muse to come back home!

Yes... he will settle down... I think he is afraid to commit because of this cozy thing. I keep trying to convince him if we FINISHED this that that particular strain would go away, but he fears if we FINISH and then DON'T get to do the cozies, then we will turn to editing... (which is a real fear, even if I have two book ideas tickling me at the moment)

B. Of COURSE he's male! The females don't do nearly as much for me when I make them dance... *snort* Glad your muse keeps whispering... maybe that's the problem... I've made him scream enough that now he's hoarse and I can't hear the whispers...

And mental folders are dangerous things (mine all have holes)--I would at least write a reminder!

Watery Tart... I'm shocked. You of all people should know that to entice a male muse is to merely get naked. He's a guy after all. ;) In fact, get naughty naked... I bet he'll come galloping home! hee hee!

Oh, I am ALWAYS naked! Leastwise when I'm writing, I am (writing in the tub and all) but see, if you do a sexy dance now and again, then he EXPECTS IT and gets all pouty when you try to go back to the same old routine. See what I mean?

Naughty though... that is probably something I can work with... (in fact it may be why he's prefering that cozy at the moment... more naughty opportunities... hmmm... throwing in some naughty.... Okay, this works...)

Now I know what my problem is – my muse looks nothing like Johnny Depp!)

teehee--Jane, that can be as distracting as it is helpful, but it seems to be all that inspires me...

My muse is happy with me because I'm the most dull knife in the drawer. Accordingly, I work in pretty much a straightline, on one project at a time, providing said muse with enough time to spend very little effort guiding me...or not. It's akin to a governemnt job.

My muse is more like an English governess. She doesn't give two figs what I try to sell her - she just wants my butt on the chair. And she is never impressed with what I do - she just turns idly away from the screen and inspects a hang nail and then sighs deeply as if to say "get on with it - you're just writing - you aren't a heart surgeon." Oh well, sometimes a cruel colonel can be fun!

Galen, you are WAY too hard on yourself! (I love that self deprecating humor, but I don't buy it).

Jan *snort* Give my muse an hour with your muse and he'll have her giggling like a school girl-I swear it. teehee