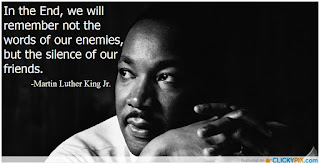 Know how it’s fun to take a song and write alternative lyrics? Usually it is for humorous purpose, and this seems to be something school children arrive at as an activity even without being prompted. I know my friends and I used to do it, and as I’ve met people from other walks of life, I find we aren’t the only people to have done this.

But did you KNOW this used to really be a THING? Like in the 19th century people would write them on broad sheets and distribute them. And then sometimes they would make it to newspapers and other publications. Often the purpose of these was protest, so yesterday, watching the Martin Luther King Jr. celebration at the University where I work, I had the opportunity to head this one performed.

1. Oh, say do you hear, at the dawn’s early light,
The shrieks of those bondmen, whose blood is now streaming
From the merciless lash, while our banner in sight
With its stars, mocking freedom, is fitfully gleaming?
Do you see the backs bare? Do you mark every score
Of the whip of the driver trace channels of gore?
And say, doth our star-spangled banner yet wave
O’er the land of the free, and the home of the brave?

2. On the shore, dimly seen thro’ the mists of the deep,
Where Afric’s race in false safety reposes,
What is that which the breeze, o’er the towering steep,
As it heedlessly sweeps, half conceals, half discloses?
’Tis a slave ship that’s seen, by the morning’s first beam,
And its tarnished reflection pollutes now the stream:
’Tis our star-spangled banner! Oh! When shall it wave
O’er the land of the free, and the home of the brave!

3. And where is the band, who so valiantly bore
The havoc of war, and the battle’s confusion,
For Liberty’s sweets? We shall know them no more:
Their fame is eclispsed by foul Slavery’s pollution.
No refuge is found on our unhallowed ground,
For the wretched in Slavery’s manacles bound;
While our star-spangled banner in vain boasts to wave
O’er the land of the free, and the home of the brave!

4. Shall we ne’er hail the day when as freemen shall stand
The millions who groan under matchless oppression?
Shall Liberty’s shouts, in our heaven-rescued land,
Ne’er be shared by the slave in our blood-guilty nation?
Oh, let us be just, ere in God we dare trust;
Else the day will o’er take us when perish we must;
And our star-spangled banner at half mast shall wave
O’er the death-bed of Freedom—the home of the slave.

I felt like that was an appropriate historical reminder for MLK Day, and also maybe a suggestion… we are mostly writers here. And these alternative lyric movements seem like a nice way to make our point.

Sad that's our heritage, but it happened.
We used to substitute the word love with slug in songs when I was a teen.

I never know the actual lyrics to songs so I would be confused.

I hadn't seen that before (I only know the silly Mad Magazine Christmas songs) and had no idea it was a thing way back when to write new lyrics to songs.

This version of the Start Spangled Banner is profound. On a much less reverent level, someone sent me the other day a long, very good Dr.Seuss version of Trump's election. So even the use of funny poetry (like nursery rhymes?) can strike a chord in us.