I turn 47 this year. That's a prime number, as is 2013... I like prime numbers (my lucky numbers being 23 and 5) so I am taking this as a good sign. I had a huge year of ups and downs last year. REALLY BIG ups and downs. So I'm actually really glad to kick 2012 in the back side. In future years I will remember it as the year I first published, but I am really just hoping the other stuff fades.

2013 has some big events coming... probably the biggest is my daughter graduates from high school in June. But I also have a second book release and I am determined I will ALSO sell one of my young adult books... But lets get specific here. Goals always work better with some specificity... 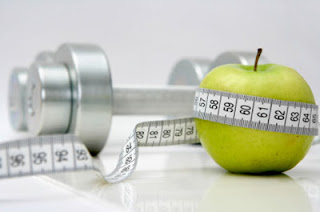 This piece of my life has gotten out of hand. I need to lose quite a bit of weight. I'd like it to go quickly, but am realistic... though optimistic, too. My GOAL is ten pounds in January, then five a month through the rest of the year... after summer it will be a lot harder—it goes slower when you get closer to goal, but maybe a few of the earlier months will have a few extra pounds lost to make up for it.

I will do this by:
Weight Watchers
Daily walking
4 times a week something more intense for at least 30 minutes
3 times a week working with weights (and that pesky push-up/sit-up/lunge stuff) 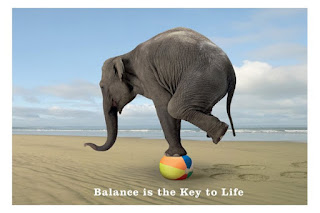 This is more a family goal. Most of you who come around here know I am a nut, but honestly, my claimed insanity is pretty stable. I am calm and my reactions are fairly calm. But my family is going through some stuff, so this is really more a commitment to put some regular attention on them and how things are going. My kids, in particular, deserve to have me break my tunnel vision away from the writing more regularly. And I need to make a better attempt keeping in touch with the family that doesn't spend their lives on facebook (though I love that facebook keeps me in regular touch with a lot of people I used to only rarely talk to)

I also have a memorial to plan for the end of June and I need to make a point of doing this well. 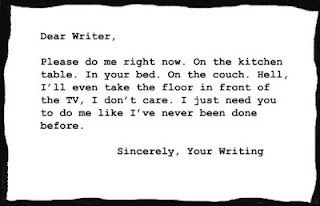 Always back to the writing, eh? It is the piece I seem able to maintain some illusion of control in...

1) Continue revisions WHAT ALES ME
2) 10 more queries.
3) Finish typing SHOT IN THE LIGHT

1) First polish WHAT ALES ME. Send to reviewer friends.
2) Evaluate whether KAHLOTUS doing what I want: either plan revisions or query 10 more
3) Make Book release plans for The Begonia Bribe

[keep block open for unexpected revision of SOMETHING or writing of something requested (in my dreams there will be at least a 4th Garden Society book), maybe KAHLOTUS needs something (in fact probably it does).

Also, if getting nowhere, this is the month to learn the self-publishing stuff I need.

1) Revisions for WHAT ALES ME. Send to Ellen
2) Execute BEGONIA BRIBE release

BuNoWriMo: I have several books I want to write this year, but in jump starting my career, I thought my next Cozy Mystery idea was most promising. Unnamed... has retired lady cop who is now running a lingerie store as the sleuth... it was inspired by a real (and fabulous) woman.

[note, this will be challenging, as I think I have 10 days on a road trip this month, but I will try it anyway]

Other books on maybe list: Next Pleides, Undoing (a taking down of a secret society from the inside—probably a series), my young adult Armageddon one, or one from my file of ideas...) Also wrote half a book after my first that I've begun thinking has a lot of potential... would probably need to be totally rewritten and certainly needs an ending.

So I think I'm learning... those two months in there to be a little flexible... We will see how that goes, but I have my hopes it will help to keep me on track.

What are your goals?

Great goals and a great plan of attack! I know you will do it!

I'd like to devote more time to doing book reviews. Authors appreciate them.

I love that you have month by month goals for writing for the year. I can only manage broad goals for the year and choose the project monthly - otherwise my Muse goes on strike and I get sleepy staring at my laptop screen while my fingers do nothing.

I am going to lose weight too. I know exactly what to do, and yet here I am 30 pounds overweight. This is my year to lose weight too. Oatmeal, fruit, vegetables (lots of vegetables), water, brown rice, beans repeat. Weight lifting 3x a week and cardio 3x a week - just 20 minutes. Only way the fat stores will agree to melt off me - and always my legs first so I have tiny toothpick legs holding up my big middle.

Good luck with whatever works for you!!

Wow, now that is a detailed plan. Crap, I need to work more on mine.
I hope you achieve it all and more, Hart. Make up for this year and then some!

Beautiful and amazing Tart!! You are as always most NAKED but methinks your 2013 will not only see you NAKED-er but truly and utterly beyond even Lady Godiva!! Yay!!

Wishing you success and sexiness in your 47th glorious year!! Take care
x

Hope you reach every one of your goals Hart and I love the way you broke them down. May 2013 bring you all the peace and happiness that 2012 was lacking!!

OMG, Hart, I got exhausted just reading your planned schedule. I hope that 2013 brings you and your family great health, happiness, good times, and prosperity.

Me, I'll likely make 2013 my final year of writing (unless great success tells me to keep going), and this means editing my two historical novels and getting them self-published. I figure by the time I'm done with them I'll be ready for heavy medication.

Wow, you've got a lot of goals! I just want a job, less stress, more happiness. And I LOVE the letter. That was funny :)

I don't really get exhausted by this list - rather I get inspired! I'm glad there are other people out there who have such a long list of projects/ potential projects to be exhilarated about. :D Bring on 2013!!

If you need any help or cheering in the fitness end, you know I've been there, and I KNOW how hard it is to get into shape. It is a major commitment, but our health is worth it. We need to stay healthy for ourselves and our families. They need you.

Here I tout goal-setting for everyone, and I have yet to do it myself for this year. Outside of my book release next month. And my birthday the same month - I turn 47 this year, too.

Good luck with ABNA. I can't try this year because my middle grade isn't the right category and my YA has only had one reader. Not ready yet!

And good luck with your goals. Love that writing letter! I haven't made my life and writing goals as specific as you. Happy 2013!

Hey, I have some similar goals (fitness, domestic sanity, writing). Mine are just focused a little differently. For example, I'm not writing novels, but starting a dissertation. I like how you've chunked up your goals for your writing. I may steal some of that advice :) Best of luck with your goals!

I'm beyond impressed that you have sketched out your writing year. That's wonderful.
Best of luck with your fitness goals, too. I hope your ability to break projects into small steps serves you well there, too.