I should first say that I am ALSO at Burrowers, Books and Balderdash today being considerably more serious than I am here (I'm talking about Japan) so if you want fun FIRST (posts at noon GMT), then serious, read here, then go astray... if you (like me) prefer to think and then free yourself from such constraints, go there FIRST and then come back! 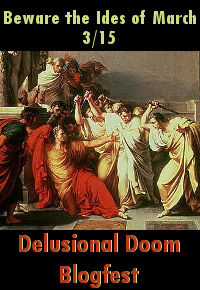 The Ides of March

Is there a more famous death day? I think not. We have William Shakespeare to thank for that. I am convinced without the play Julius Caesar, most would not know the fateful Ides of March by day... but how good is a story with a soothsayer, an oracle and a political murder?! Especially a murder carried out by a mislead best friend?! Anyway... I LOVE the soothsayer bit... BEWARE THE IDES OF MARCH!!! (who can resist?) and so here we are...

We have a good sized group participating and THANK YOU all of you who joined (or considered joining, but couldn't for various reasons). You guys are rock stars!

I will get to all of your blogs today, but I need to warn you I have a work deadline, so probably not until afternoon, possibly evening... I wish it was different, but I've been waiting for data since last week and only got it last night... need to turn it around...

“Peace out, fellow citizens. I think you know why we're here... hard to keep a secret in this day and age. But it's all good. Today, under my executive privileges... I declare a National Holiday. I think the day I've chosen speaks for itself. Today would be the 100th birthday of First Tart, Hart Johnson, had she not died last spring... Nobelaureate in Peace for what she lovingly referred to as the Naked World Domination Tour... It seems a lifetime ago that she drove the final Victorian clothes repression from our ranks. And may I just tell you how happy my boobs are for the freedom?” 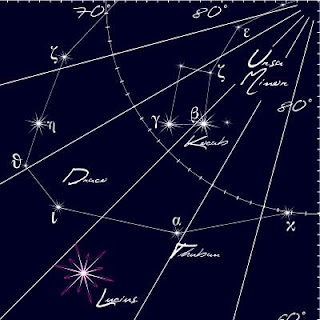 “But seriously, who would have thought kindliness through nudity would catch on like it did?  But I think what we all loved the Tart most for was her stories. Hart's successful literary career took off in 2015, the first year she had three New York Times best sellers in the same year. She had already been successful with Kahlotus Disposal Site, which film buffs may remember was subject of a Hollywood tug-of war for nearly a decade until Hart's Daughter earned the rights to direct the film. And The Conspiracy Trilogy had a bit of a cult following, though didn't really take off until the television series that lasted for four seasons. Hart had maintained creative rights and insisted that if the kids got any older, it would become a farce.

Hart's daughter went on to a long, successful movie making career and has a footprint on Hollywood Boulevard, and her son because a well-known astronaut not least for convincing his team to allow his mother to name the first habitable planet found in space. Its pink soil and sparkly atmosphere gave rise to the name Lucius.

“Her career spanned 87 books... not a prime number, which means I suspect a couple more to be published from her files, but maybe I'm just suspicious that way... So from here on out, I hope you will take this day, the third day of summer, to spend some time naked, being nice to your neighbors, and enjoying a little literature that makes you squeal with delight.”

*President flashes crowd, bows, and leaves stage *
Posted by Hart Johnson at 3:00 AM

Though I have passed folks on the street that I would have paid cash money to them NOT to take their clothes off.

I have, as you know, my own obit done by the ghost of Raymond Chandler himself. Hibbs, the cub with no clue, couldn't bring himself to read it!

May this blogfest of yours go gangbusters. I'm to read your other guest appearance (hopefully not as a ghost!)

Love the great careers you gave your children! Excellent.

very nice. LOVE the success of the NWD tour and the movie career... :D

A day on the phone w/At&T thinking I'd solved a problem only to discover at mailtime I'd have to do it all again left me with two choices: Poetry or death.

(Cake was another option.)

This is wonderful - so funny and great writing!

LOL. That very creative and so hilarious. I loved it!

The last little line there nearly made me burst a kidney! Loved it

hope you're having a fab day watching all your followers die :)

What a wonderful career she had and yes, her movement shall never be forgotten.

We will fondly miss her! I love the female president happy to free her boobs...lol! You are too funny~
The ending was fab and so in Hart fashion!

A woman president flashing her boob is too funny.

I am also very impressed with you credits. So, Have you started on all those three best sellers? You only have four years left .... GET WRITING!

Haha great story! I wish I knew about this blogfest and had time to join in!

I still have no idea what the Ides of March are, but thanks to you, I now know it has SOMETHING to do with Shakespeare.

I like your entry very best. I haven't read any others, but I can only assume that they are not as good as yours.

OMG. That was hysterical. Loved it!

R.I.P., Madame Hart. Your greatness will forever live after you.

LOL, now we know your dreams! Nudist at the movies by Hart Johnson and more.
Nancy
N. R. Williams, The Treasures of Carmelidrium, Special .99 through April 30

Ha! Fabulous friends, I’m so sorry to have been tied up at work today! Thank you so much everyone who is participating today!! I swear I will get to them all! Just another hour or two of work that is on deadline, and then I am to it!!!

Ha. Hilarious. Though I have to say after four pregnancies my tummy flab makes me decidedly anti-nudity. ;)

(this was tough to do...wish I'd have written it before the disaster in Japan...but then again, maybe not, for I'd have been morbidly graphic I fear.)

Great blogfest.
Let's do it again next year, but without the global disaster :)
The Survival Mama

"And may I just tell you how happy my boobs are for the freedom?”

Absolutely loved it! The president flashing is classic!

Congratulations on your foretold success. I'm a tad jealous, as my foretold journey has me dying much too young. I love that nakedness takes over and the world becomes a better place. I would expect nothing less of you.

Peace out :) Thanks for hosting!

Loved it, Hart! Looks like the future is pretty bright!

p.s., you do realize that in an ironic twist by rearranging the letters of "IDES" you get the word "DIES."

Ha ha I love it! Thanks for organising this blogfest, it was a lot of fun!

Great story. Love the Naked World Domination Tour. I think it would work to bring about peace. No counseled hand guns.
Great carriers you and your family have.

Didn't Leslie Nelson play a US President who flashed his audience. Though I'm not to sure I would want to be there for that.
Thank you for having this blogfest it is fun. Now off to read the rest.

I needed a good laugh, but now my side hurts!

Ha! Dead and Naked! Wonderful! I am also in awe of your future success, though not the least bit surprised obviously. *winks*

Off to read some more doom...

Okay. That's better. Now where was I?

Can I have a role as the curmudgeonly old alcoholic in one of your daughter's movies? I'm a pretty decent actor, but I wouldn't have to act much for that particular role.

Get back to me on that, wouldja?

*remains naked for a while*

I loved this, and I LOVE that Francis Bean is president :D

LOVE all the love today! Sorry I've been so lame on commenting! I've been trying to get to all of YOUR blogs!

And Trisha, you win! You are the first person who noticed who the president was!

Well, kick me in the shin and give ma a noogie. I completely spaced the Blogfest. I was wondering was people stopped by my blog and couldn't make the connection with my current post and the Ides Of March.

A thousand apologies for missing this Hart.

Fabulous! I love that Frances Bean is prez. I'm dying (pardon the pun) to know what Court would say. No matter. It's hard not to get on board with the Naked World Domination movement. A tour? Even better!

Aw, little Cobain as a boob flashing president, NICE! Lol!
So it's late and I just finished my entry...'cause I forgot. I also forgot my son's baseball tryout. Yep, big time Amanda fail!
But in other news I only have a chapter left in the book I started today. Hmmm, I wonder why I was so distracted???

Very impressive career I must say.
But I think you just made that up.

This is a great blogfest. I'm enjoying all of these posts! I'll be joining next time. :)