Tomorrow I intend to look forward, so it seemed like today was a good day to look back. 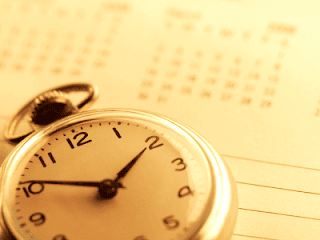 I had three publications accepted in 2009, my best year to date. Probably I've been more distracted in some ways, which I wish wasn't the case... my mind has been a little on a bigger prize in my mind. But it was a year of successes, and I'm pleased.

Both kids transitioned to new schools this year. I was never really worried about my son in middle school. He's a good student, and we'd already spent three years at the middle school, so we knew what to expect. My daughter, on the other hand, is artistic and creative, but has had some trouble academically. She opted (and got in) to a magnet high school. It is smaller (good) but none of her close friends went to it. Compounding this was the fact that she spent the first two months swimming on the swim team for the giant main public high school (and so didn't have time to bond with people from her own school after school, plus she spent that entire time exhausted). But four months in she is finally settled in and thriving. The school is a good match for her learning style and she has made friends who fit her personality well, though she still spends most of her weekends with friends from Middle School who attend the other high school. I figure that is okay though—at that age, having multiple places you fit in is protective.

And  perhaps bigger than the kids... my husband became a student this year.  For twenty years I've tried to get my bad boy punk rocker to pick a field, any field.  He didn't believe he COULD, but now he knows he can.  He has four more classes and he can apply for nursing school, and you know what?  He will be a GREAT nurse.

2009 was a year of huge leaps and bounds for me as a writer. I began the year editing my first book with no clue about the process of getting published. I figured I had a book that was almost ready—had been turned over to my writer's group to address holes and such, and once I addressed their concerns, that would be all I needed.

Talking in my writer's group I heard a little bit of 'who you know' but I didn't believe it for a second. I suppose that is totally naïve on my part, or maybe it was just wishful thinking, but I decided to read some blogs, find out a little about the process. And man oh man did I find stuff out?

It led to the Facebook profile and social networking, a few queries and then the realization that I wasn't within 'rules' for a publishable book (too long, especially for a first timer)... rewrites, start blog, more networking... It has been a chaotic madhouse, but I feel like the hazing is about done; I am FINALLY initiated and doing this the way I am supposed to.

In the mean time, I wrote two complete books this year and have another three in progress (plus ideas for a YA series). The Trilogy with the two done books is the most promising project—3/4 of a book to write and then the massive editing process. I'm pretty sure 2009 saw me transition from a wannabe to a writer.

I'm not really one to mope and regret. I figure you learn what you can from mistakes, change direction if necessary and move on. I do have one big sadness for the year though... relations with my mother, never easy, have spiraled downward. The problem, is I don't see anything I can do.

She has always treated my husband badly. I have tried over the years to point it out now and then and she acts horribly offended that I can't be more generous with her motives—well that is BS in my opinion. If you behave badly, your loved ones are well in their rights to try to correct your behavior, or at least point it out.

Frankly, I don't really understand how, after 20 years and two grandkids, after being nurturer to her child, she can't find it in her heart to love him, even if she doesn't like him. It just doesn't seem natural to me—in fact I'll go farther. It's not natural or acceptable. It is not our job to decide who our children love, and once our children decide, it IS our job to just love that person on principle, unless that person beats them or some such thing.

Anyway, after a visit this summer, I told my mom I was upset, I tried to relay the specific behaviors (most pointedly that my teen had felt picked at and has asked why her nana hated dad). So I warned her that she was going to lose her grandkids if she couldn't sort out how she treated their dad. Her response was, 'did I do something?' I detailed again and asked her to THINK about her feelings and behavior, to see if there was something she might change. Her response was 'some people just don't like me. I don't think we can have a relationship.'

You're kidding, right? Calling off a relationship because you were asked to THINK ABOUT IT? I just can't think I could have set the bar any lower, so while I'm sad, I am totally at a loss to see what I can do besides throw up my arms and say 'never mind, behave badly. I don't care!' I just have higher hopes, or maybe a deluded evaluation of what she COULD be.

Ironically, my husband keeps trying to convince me to make peace. He doesn't want to be the reason the kids don't see their grandparents (though he's clear HE never wants to see them again). But my step dad had a mother who completely alienated her grandkids all on her own by being a bitch about their mother, and I guess I feel like a stand now, may save my mother from herself later.
Posted by Hart Johnson at 1:23 PM

It sounds like most of it worked out really well. The moves to new schools sound like they went well--and, as far as your daughter is concerned, it doesn't matter where the friends come from as long as they're good kids.

Your problem with your mom is a really tough one. It's just about impossible to change other people or point them in the direction that they NEED to change. If I were your husband I definitely wouldn't want to be around your mom. And there's no real reason why he should have to be... although that makes things awkward at holidays. Maybe she could have dates just with your kids? Sleepovers there? Or would she possibly still be talking badly about your husband while you're not there?

Tami, I really hope you can work it out with your mom some way. It sounds like she may not be thinking about how her negativity about your hubby is affecting you. I know my MIL didn't like me at first because I married her son without her permission. I still don't think she likes me as much as she could because her word is not the law to me. Perhaps it is something like that with your mom. Maybe she dislikes him because he never accepted her as an authority. Whatever it is I really hope that she can swallow her pride and get over it for the sake of the kids. If she can't then only you can judge what's best. Under no circumstances should she ever be allowed to say anything about the kids' dad in front of them.

May the new year see all your difficulties resolved in the best way possible.

In the retrospect, Tami, I think you had a great year!!! The three most important people in your life are doing well, what you love most is coming along great, and the four of you are happy. And your friends love you. What more could a Tart want?

Thanks to all of you! It was a great year!

Elizabeth- I think one of our PROBLEMS with my mom is actually living across the country. Were she across town then for years the kids and i could have seen her and Bob avoided her, but when she is here she is HERE for days at a time. We may though, take to flying the kids out there on their old. They've flown it once and did pretty well, and next summer my oldest will be 15.

Marjory--that is SORT of it. My mom feels she should get to express her opinion all the time about everything--she doesn't perceive it as rude. Bob thinks in HIS HOUSE her opinion about how things are IS rude. They were raised differently and she just won't hear of 'keep it to yourself' as more polite. She has never liked ANYONE though, who was more important to me than she was (starting with my high school best friend) so part of this really needs a therapists chair on her part.

And Natasha, you're right--for the people who matter most, all looks very bright.