Ten Books that Changed Me

On the tenth day of Christmas, her Tartness gave to us…

Ten Books that changed me


Before I get started on my list, I should probably explain that books causing change have as much to do with TIMING as they do with the books. So there are plenty of more influential books out there than at least SOME of these… in fact I’ve READ some of them, but these are the books that perfectly hit certain points in my life and caused some spark… some redirection or rethinking…


The Shining by Stephen King Makes Me a Reader: Age 12

I wasn’t a strong reader as a kid. I was slow and uncomfortable with it. To compound matters, I thought I was ‘all that’ which meant that books within my moderate ability range seemed ‘babyish’. Then, in seventh grade, through my friend Kim, I discovered Stephen King. It was the first time I’d ever walked around with a book, reading it between classes, using *gasp* my spare time for reading.


The Fountainhead by Ayn Rand Makes me a Thinker: Age 17

For several years I was a passive absorber of whatever story I read, enjoying, or not, a set of characters or series of events. I think age probably mattered a lot here—that is an age where brain development makes us first capable of complex thought, but Rand’s explicit use of her philosophy was also necessary—a perfect storm if you will. I disagree with Rand about 90% of the time, but I adore her for engaging me so deeply that I bother to argue with a book.


The Drifters by James Michener taps my Independence: Age 18

My uncle gave me this book for my high school graduation and it is PERFECT for that age. It is about a collection of late teens and early 20s finding their own paths, which is what we all need to do… it is okay to be wanderers for a while. It is definitely okay that each of us chooses a different path (certainly important to be self determining rather than parentally determined). And best of all, if we discover the path isn’t the right one—unfulfilling in some way, we are allowed to change paths, taking with us the joys and lessons of our last path, but not stuck with it any more than that.

This was the first ‘classic’ I ever read voluntarily. I was a new college graduate, reading for pleasure (finally) instead of what I had to, and my roommate had the book. I learned that the classics are classics for a reason and that my vocabulary and intelligence were finally equal to some of these older books that used more complex language.

I loved this feminist take on the Arthurian legend, but oddly, what the book did was get me thinking about and exploring religion and faith—who defines it, what makes sense. It was a philosophical area I had been avoiding, but the appeal of ‘the goddess’ pulled me into some self exploration (hint: while I ADORE the goddess, a gendered god doesn’t make any more sense to me as a female than as a male).


Skinny Legs and All by Tom Robbins: Age 26

This joyful digression of a book taught me that some really warped minds can even make money at it. I ADORE Robbins, largely because he is evidence that people can get paid to play. I may not have been writing at the time, but the Tart was planted. 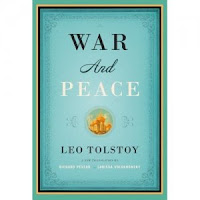 It took me great effort to get into this, as the characters each have multiple names and the relationships are a little confusing… having read it though, it is probably the best book ever written. (a cheat sheet of names and relationships helped immensely). I suppose none of that says how it changed ME, except that being able to follow (and enjoy) it gave me confidence as a reader (I went on to enjoy Don Quixote, the Brothers Karamazov… books that I have thoroughly enjoyed but take a lot of brain power. I thank Tolstoy for writing a fabulous enough book that he won me over. 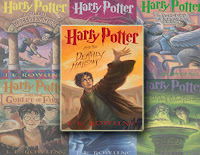 This is the only fandom of which I’ve ever been a part—the books pulled me in enough that I wanted to make predictions. I found online forums and friends, and my interest grew. I read complex theories that got me thinking about story structure, foreshadowing, use of mythology, literary references… and THEN, I was inspired to write again, first fan fiction, then original work. This series is responsible for HART finally putting all those ideas on paper. 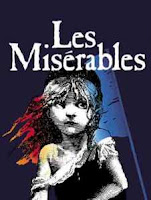 I think my GOAL for story structure was heavily influenced here. I will never equal Hugo, but I adore the complex story with characters introduced early, coming back later, laying hints, then a large pulling it all together at the end. If there is any work I would like to subtly emulate, this is it.

The Alchemist by Paulo Coelho: Age 38

And finally… I love the life lesson in this book… I find it brings peace when things are hard. It is just so comforting to think that where we end up in the end isn’t nearly so important as the journey that got us there… that even if we end up in the same exact place, we arrive as a different person and can make something new and different of it.
Posted by Hart Johnson at 11:43 AM

Great post! I haven't read most of the books on your list, but perhaps one day I will.

Thanks, Marjorie! I suspect you will agree with Rand a lot more than I do. I definitely think ALL these books are worth reading, with the warning that Robbins requires some twisty mind-bending, so you might have to be in a certain kind of mood (I also love Jitterbug Perfume and Even Cowgirls Get the Blues of his)

I like books that require me to think. When we studied Shakespeare in High School others were ripping their hair out trying to understand what it meant. I was the one trying to explain that you have to sometimes read a line more than once and then decode all the metaphors. It was fun for me.

And If I may suggest something for you to read. It's not very long. I would hope that you will pop over to my mother's blog. The link is on my blog. A while back she did a fantastic post about the Creation section of the Bible. And since we all like learning about each other I figure maybe you would like to see a bit of my unconventional way of looking at spiritual texts. The post is Called Let that mind be in you part 1. Only if you wanna. :)

Great list! You should find a lit mag for this: they eat up this fodder.

Tolstoy's "Resurrection" is one of my Top 10. The prose is so staggeringly detailed, emotive and engaging that I was instantly floored at his mastery. (And indeed, hats off to the translator).

I'm reliably informed by everyone that Stephen King is a must-read. For that reason alone, I continue to avoid him.

Marjorie, I will give the blog a look--maybe boxing day though, when I have time to THINK rather than just rushing. I love to think too, though find I don't have the mental capacity for as much of it when I am WRITING... it's like I only have a certain amount of brain power.

Mark--Stephen King isn't so much a MUST READ as a 'make non-readers into readers' writer. I think he does a great job with tension, but he only nails ending about 40% of the time. IF you decide to read one, I like The Stand, The Shining, and The Talisman (with Peter Straub) best. I've also heard good things about Misery, but it came out after a few that irked me with bad endings, so I'd given him up.

I will have to look out for Resurrection, though I've been toying with Anna Karenina for a couple YEARS now (I'm serious--it's a super nice copy so I can't read it walking or in the bath, which means it never gets picked)

I've read many of them, but not "The Alchemist," "War and Peace," or "Mists of Avalon." Oh, and I read "Atlas Shrugged," not "Fountainhead." Nice list, here!