Husband was picking up son. Daughter was at practice. And I was editing. Editing, editing, editing (the bane of my existence). That was when it first flickered. I hit save—it’s a reflex because I have no clue how much time my laptop battery is good for, but it’s not a lot. Another flicker.

It happened three or four more times before the lights went out and the house went silent, washer and drying stopping mid-cycle. The computer didn’t complain, oddly, but like I said, no clue how long that would last, so I saved again and shut down.

I came upstairs in the dark, felt along the top of the refrigerator. There is a single, solitary benefit to being married to a smoker—you always have matches, and they are somewhere accessible. 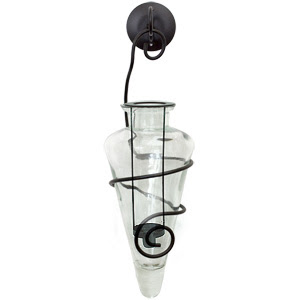 On either side of our dinner table, hanging on the wall, we have hanging candle holders with tapers. They are relatively high and the light reflects against the walls, so they create a fair amount of light. I started with them. Then I lit two at the far end of the room and one in the bathroom.

Then my husband got home with my son.

“Power’s out!” He proclaimed, as if I hadn’t spent the last ten minutes immersed in darkness. He gets this weird glint… a cross somewhere between child and maniac—an unnatural state of excitement that is part fun, part annoying. I did what I always do, rolled my eyes and looked at him as if he’s quite mad. 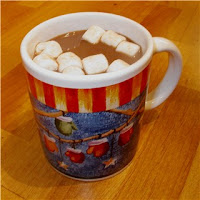 Fortunately, we have a gas stove top, so reheating the gravy (from a dinner of biscuits and gravy) for my son’s dinner wasn’t an obstacle, nor was following up dinner with tea and cocoa.

My son texted friends for a bit, then his phone started to get wonky. He read for a little, watched part of a TV show on his iPod… but he was antsy.

My husband offered the usual fare, “should we wrestle? I could poke you.”

“No thanks.” (My son’s sarcasm doesn’t translate into print very well, but it was apparent to me.) 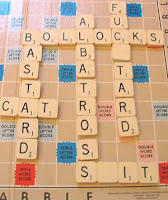 I took the flashlight downstairs to find the game, because I’m the only person who lives at my house capable of LOOKING for anything (never mind that it sat on the game shelf in our spare room where I said it would be) and retrieved it.

So my son, husband and I played Scrabble until my daughter got home and said we were a bunch of geeks, but you know what? I thought it was a nice night, even if it put me further behind on my editing and I only got two new pages written.

The power was on this morning, thankfully (the Tart doesn’t function well with no shower). If that happened with any regularity, it would be hell on my writing career. I really prefer to write in the bath, but we were conserving hot water and my daughter had HAD to shower, as she’d been in a pool. Besides that though, we really only had our front room lit up, so there were too many PEOPLE to be very efficient… write a sentence, hubby talks… write a sentence, daughter demands something. That said, periodic bouts of forced togetherness are really sort of nice from time to time. I think I liked it. 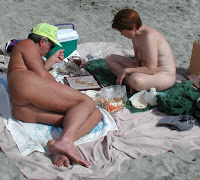 And so you don’t forget where you are, or what day it is (Naked Thursday)… apparently the Urban Dictionary has an entry for Strip Scrabble… and these two people must know it…
Posted by Hart Johnson at 10:55 AM

Every once in a while, it's kind of cool for the power to go out...for about 15 minutes or so, then I really start missing it. :)

I dunno...I'm thinking nudity and sand wouldn't be a great combo, but I guess they're on their blankets....

adorable. you should live in my house: it goes out all the time - esp in winter, but I am a candle freak by inclination as well as by enforced power outage; so the following suggestions for next time:
- don't get naked;
- have you tried Mah Jongg? awesome
- preparing for 2012 in the US of A may include a lot of the above, so a BIG supply of cathedral-size candles is recommended and
- wood burning stoves are cozy

Glad you got the editing done, tho, as it says in the I Ching: 'perseverance furthers' - my, they must have written it about you!! <3 xM

Elizabeth, i can deal with several hours, as long as it doesn't happen very often... definitely have a preference for evening though--the 'getting read for work in the dark with no shower' is a thought that will NEVER make me happy!

Nudity and sand... sort of depends on the activity, but you have a point in there being places you don't want sand... I think they are relatively safe with Scrabble. body surfing on the other hand--you end up with sand in the most MISERABLE of places... [/TMI]

Ah, Marian, I don't want it out ALL THE TIME--that would make me NUT! (unless I lived alone, then I think I'd be fine with it... and I'd prefer having no job to worry about)

Haven't tried Mah Jongg--looks fun! I WAS working on SUDOKU until my husband suggested Scrabble...

And the no nudity would be what made me saddest. My husband scolded me for no pajamas when the house was going to get so cold, but I just can't abide them! I get all tangles and I wake up irritated because I've been wrestling all night.

There is PLENTY of editing left to do... urg. Months of it...

This blog is obscene. But while we're on the topic: "Quim" is a high-scoring Scrabble word, and I once wiped the floor with my brother spelling "vulva" on triple-word score.

And EXCELLENT! High scoring naughty Scrabble words! Even sex is no slouch if you can get the word or the letter X on a triple.

hey I love scrabble but the man won't play. When I get together with various gal pals though we go crazy. With our clothes on though. We have several house rules you might be interested in. The main was is the floating blank. When a blank is played and it is your turn if you have the correct letter you can splog it in and take the blank for your own use. It is so much more fun. Also, we have an Old MacDonald's Farm rule (e i e i o)- that is if you have two or more of a vowel you can exchange them. We don't always play that one though because it makes for a weak ending. We also play theme scrabble and one where we change boards every play. Too weird to tell - really soft drugs are neccessary to understand it. When we first invented it we thought we'd have to change seats so that gives you an idea of what sort of space our heads were in.
by the way - the power goes out here ALL THE FRIGGIN TIME - here in Nova Scotia where if you don't like the weather wait a minute.

Jan, that floating blank is a GREAT twist! I love it! And I had 3 i's at one point and would have LOVED to trade for a consonant. When the daughter is home, it is usually Life or Monopoly. Those three are the defining set of what the husband will play.