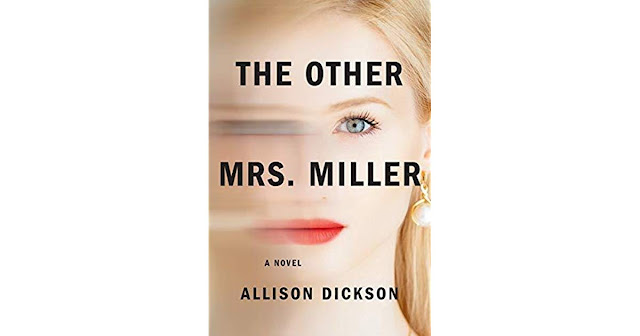 Blurb from Goodreads:  In this unputdownable domestic suspense debut, a lonely suburban housewife finds her life entangled with the family that moves in across the street at the same time that she becomes convinced someone is watching her--perfect for fans of The Couple Next Door and The Last Mrs. Parrish.
Once a darling of Chicago's social scene, Phoebe Miller fears she's become irrelevant and cliché: just another miserably unfulfilled housewife who drowns her sorrows in Chardonnay and ice cream and barely leaves her house. Maybe it's her dark thoughts and fertile imagination that lead her to believe the worst about everything she spies going on in the exclusive suburban cul de sac she calls home. But surely that rusty blue sedan that keeps idling by her driveway is a sign that she's being watched. And that new family that just moved in across the street--Dr. Ron Napier, his vivacious wife, Vicki, and their handsome college-bound son, Jake--can't be as perfect as they appear. Especially not with the bruises on Vicki's arms and the fear in Jake's eyes.
When a chance introduction to the exuberant Vicki--and a forbidden encounter with Jake--draws her out of her shell and deeper into the Napiers' orbit, Phoebe's life finally gets the infusion of excitement she's been missing. But when anonymous threatening notes begin landing on her doorstep, she'll have to ask herself just how well anyone can truly know their neighbors...and how close to home unforeseen danger sometimes lies.
Posted by Hart Johnson at 2:48 PM 8 comments:

Hallo!  And welsome to Insecure Writer's Support Group!  I see it's been almost two months since I wrote a blog post. I have not really written other things either, though I did partially plot a fan fiction piece about Benjen Stark (Game of Thrones) since last time I became a writer it was fan fiction that got me started. And that's what I need to do. Become a writer again. 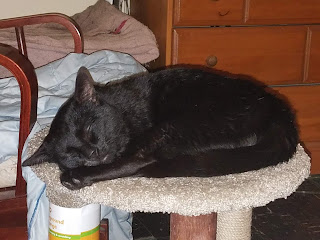 Life is still chaos. But as you can see, the kitty was found to have no home, so he is part of our family now. And LOOK at the transformation. His name is Nigel Nox Johnson. The vet thought the poor boy had gotten frost bitten, and the speed of his growth and the way he is about food makes me think he was starving. But now he is healthy, happy and neutered. (Can't win them all--sorry, Nigel). 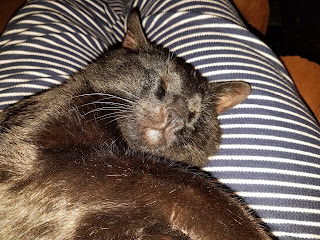 And now to February's questions:  Besides writing what other creative outlets do you have?

Let's see... I like to color, but don't take the time very often. I can draw recognizable if not very beautiful pictures. My music skills are perfect for toddlers who care more for silly lyrics than tune. Oh, right! Misattributing!  That is my creative talent!  I can intentionally mishear something so that it becomes VERY amusing. Seriously, though. Words. That is my artistic endeavor. 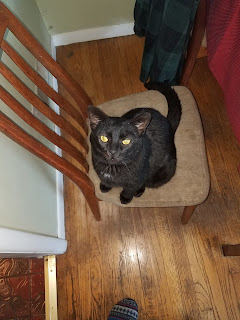 So now you should go visit some other Insecure Writers who surely have more creative endeavors than I do.
Posted by Hart Johnson at 1:00 AM 21 comments: