I don't normally post on Sunday, but this seemed especially worthy. Brenda Drake is holding a blogfest with the cooperation of Natalie Fischer, Literary Agent. The prizes are AGENT critiques—20 pages, 10 pages... query... good stuff... And you can post today or tomorrow, so there is still time if you want to play (though it is only for finished manuscripts). Anyway, here is my entry... (finalists will be posted at Brenda's blog Thursday if I have my facts straight...) So this will serve Sunday and Monday, if you don't mind... 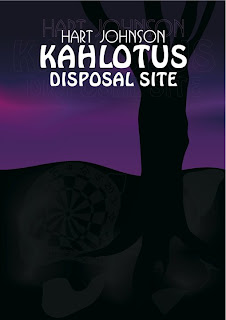 I was shocked to realize I'd been dead so long. The notice nailed on the door was dated 2012. Sixty years. I'd been a fifteen year-old for sixty years now. I had been so convinced the world would end in 1984, like that book said. Time had ceased to be relevant until that sign went up. That was at the new moon. It was waning again before anything else unusual happened.

I can move through things, and things can move through me, but it's not like I don't notice. I'm insubstantial enough that I can fill the blank spaces. But if all your blank spaces were filled, you'd notice, too. So when the building started to rumble and a two by four that had been propped in a corner for several decades fell through me, I suddenly paid attention to the new noises.

There were men and machines knocking things around and churning up dust. Nobody had been in the building besides daring kids and teens since about six months after I died. The pranksters at Halloween, or on a dare in summertime, sort of broke the monotony, but I hadn't come out for anyone since the séance where they had bothered to find out my name. “Helen Bixby!” they called. Still, I never minded the visitors much. So I thought maybe it was time to see what the world was up to all these years later, even if these adults were more intimidating than the earlier visitors who were closer to my age.
Posted by Hart Johnson at 3:00 AM

Fabulous. (And I don't bring any spam!)

Yeehaw! Gosh, maybe I should get going but I think I don't have time. Rats.

This is excellent, Hart.

The voice is awesome.

Great voice!! I feel very sad for her - "Helen Bixby" - dead for so long and yet not quite, caught forever at such an awkward age too. And if I remember being 15 - it was truly a most confused time for me! Lovely!!!

Thank so much everyone! I appreciate you reading! My Sunday is a bit chaotic, so I am not here, much, but I definitely appreciate the feedback!

What an easy going ghost! I love her voice here "but if all your blank spaces were filled, you'd notice too" and "still, I never minded visitors." I like her!

Suggestions: The first paragraph was perfect until got to this line "That was at the new moon. It was waning again before anything else unusual happened" - I don't know why, but you kind of lost me there. I think I needed to know something more specific at this point than this general statement; unless the new moon is REALLY crucial to the beginning, I would just drop this part or build more voice into it.

You have a great voice here. It really captures my attention and makes me want to read on.

I loved this entry. Get rid of the passive forms of 'to be' and I think it's perfect. I'd absolutely read on.

I loved this. Great opening line, amazing voice. I love the idea of her hanging around for all those years, not bothering to come out for people who call her (except the once, they took the trouble to find out her name--great delivery of her name, btw), until she's prompted to poke her nose outside and see what's happened. She feels fifteen, too, intimidated by the adults outside.

I wouldn't change a thing, love it.

I'm way out of the YA age group but I want to know the rest of this story.

Love the voice on this one.

Wow! Loved the reference to Orwell - made me laugh out loud. There is great voice here - good luck!

Great voice. I was engrossed and wanted to read more!

This is awesome wrapped in chocolate and I mean that. Your writing is enthralling and makes me want to buy this book right now. Best of luck Hart, you have my support (crosses fingers).

Great premise and voice so far. I'd read on!

Oh, man--You guys are so nice! I'm so sorry I've been absent today. The day job is killing me--and I mean completely--never came up for air. I will totally take all suggestions seriously. This is from 3rd draft, and DONE to me is typically somewhere between 7 and 15, so I know it needs a little somethin somethin... but it is the general idea, so I appreciate you guys being so great!

you were made to write YA and I already adore Helen's voice. Like ABNA, I bet you get thru all the hoops - fingers crossed for ya

I was immediately intrigued and wanted to keep reading.

It's an engaging voice, poignant too. Well done!