So on Thursday night I pre-posted Friday's light-hearted silly blog... and then I woke to the news about earthquakes... the blog was all wrong, but there was no time to fix it and they made me WORK all day at WORK... GADS, if only there was a job that would do itself...

So I respectfully present myself to address big world news more thoughtfully than I could have if I tried to be more timely... 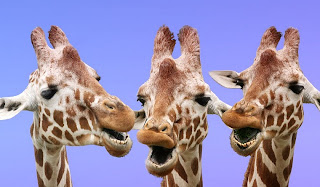 Can I just say I LOVE FACEBOOK? My first news of this earthquake was an “I'm okay” from the person I would have most panicked about. Fellow Burrower, Cruella Collett (she is the giraffe on the right) is spending this spring working at the Norwegian Embassy in Tokyo. Cruella is one of my favorite people anywhere, and just last week when she posted about being seasick from a little earthquake, I responded 'but it was sort of cool, right?”

Disclaimer: the biggest earthquake I've ever been in was a 5.4 and I was about 40 miles from the epicenter—WHAT THE HELL DO I KNOW?

Okay, I am saying it again. I LOVE FACEBOOK! I have 4 friends living in Japan. Three of them are on Facebook... (one used to be but ran into a nearly stalker situation with an ex, so it is NOT without its downsides), but ALL my facebook friends in Japan I was easily able to ascertain their safety.

Only Framework I have... 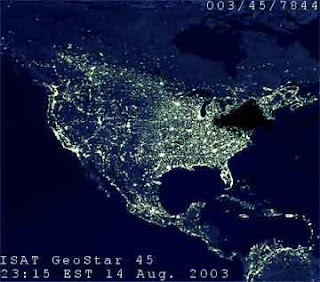 Eastern seaboard with no power... let me reminisce for a moment. I was working at ISR (the Institute for Social Research and primary reason we chose Ann Arbor over other cities when we decided to leave Portland). They were doing some work on our floor... closing off a hallway to create a few extra offices... that afternoon I was at my desk and my computer shut down (only sign... I had a big window, so the lights were already off) and I hear 'it wasn't me' from around the corner... so I started the episode with a chuckle. It was a Friday, and who DOESN'T want an excuse to leave early on a Friday? (nobody, that's who)

I gave it about fifteen minutes to come back on... read an article I needed to be familiar with... then walked home (the norm for me)... I've never experienced such...SILENCE. Normally when outside in summer, there is a buzz of air conditioners (lawn mowers?)... radio... there were actually even fewer cars (people freaked out by lack of streetlights) and I heard someone yell to another “it's out on the whole eastern seaboard”. That wasn't so long after 9-11. I think this was 2004 (pic says 2003). And so of course my mind jumped to terrorism... No... just Americans being to greedy with their power... too much demanded in too many places, so one plant failure trickled everywhere... including my house...

Honestly, it was a FUN weekend. Hubby managed to buy ice before the rush, so the beer was cold and we pooled resources with neighbors to have a nice barbeque dinner... Gas stations couldn't pump gas, so people stuck around home.. because of no air conditioning, outside was (for a change) cooler than inside, so everyone was outside. It was a neighborly, social time... but I guess all that is digression... 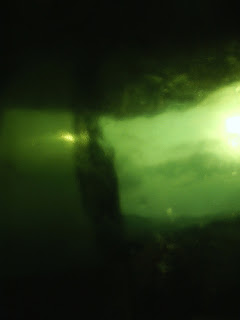 We moved from Portland, Oregon to Ann Arbor Michigan in 2000. Portland is where I experienced my tiny little earthquake... and the rivers flooded once... there was once a windstorm that I saw fell a Douglas Fir (that was a little freaky)... but Portland mostly doesn't have the big weather Michigan gets. And I ADORE Michigan thunder storms... I love sitting in our front window watching the lightning—totally dig it... but MAN, were we freaked at that first tornado siren... We were here 4 years though, before we had DAYTIME tornado warnings... two in the same spring... while school was still in session... Do you know how scary it is to watch green skies roll in and know your kids are stuck in a building with no basement? At the elementary, they lined kids in the hallway. Still makes me shiver.

That's it... That's the only framework I have to put this in... those two events... NO communication... and family separated... I can't even imagine how frantic the people in Japan were as this happened. Cruella, though, yesterday, was extremely articulate. I recommend you check her out.


As for me? I am sending what healing, safety and communication karma I can summon toward Japan. This will be a very long process. I am very lucky all my loved ones were fine, but I know a lot of people are not so lucky, so I am sending love out to all of you, too.
Posted by Hart Johnson at 9:26 PM

I know, I love FB too. My cousin is stationed in Japan. We didn't know if he was still on ship or if they'd been on leave...we just knew we couldn't get a hold of him. Then he pops up on Facebook telling all of us that he's fine, not to worry...whew!

Glad your friend is okay as well.

I wanted to stop by and say thank you for your thoughtful comment on my 'Author Vs Author' blog post. Comments like yours are the reason I write those types of posts. I learn so much from my readers perspectives, and I always feel that the comments make the post.

My heart really goes out to everyone in Japan. Such a horrible event. I had a similar experience with a writer I've got to know online who lives in Japan. She posted on Twitter not long after the quake to say she was OK, and it made me so grateful for the technology!

Cruella and I are mutual followers and I'm sooooo glad she's okay. So are my other Japan based blog buddies.

Last fall, we had a whole week of tornado storms, and once, I heard "the train."

When I was little, NC experienced an earthquake. I remember hanging on to Mom's leg for dear life.

But nothing on this catastrophic scale....my thoughts and prayers are with everyone touched by it...

PS-wow, you went through the blackout?!!! Scary. Glad you were able to have fun with it!

Raquel-- SO GLAD your cousin wasn't on the water! WoW! That would have been HUGE!

EJ-Hey--I love those debates! And you did such a great job with the presentation, and are totally right that it is ALWAYS the author we should be rooting for! Very glad your friend is fine, too!

WC-Wow--a WEEK of tornadoes!? I find those scarier than any of it because it is so hard to predict. When I was little, it was earthquakes that freaked me out, too. I thought the earth cracked open and everything fell in. (there was a book I read that the characters fell through) but anymore, tornadoes are typically scarier...

I thought the blackout was a nice excuse to slow down for a little while...

I'm so glad to hear your friends and loved oned in Japan are ok. My thoughts and prayers too are with those affected by such a tragedy! Awful times.

Glad you got through the blackout ok!!! Take care
x

I thought about Cruella and hoped everything was ok. Thanks for the update.

Thanks for keeping us posted! I wish for a speedy earthquake recovery.

I hadn't seen Cruella's posts yet, either. Thanks for spreading the word.

I've luckily never been through anything like this. No major natural disasters beyond flooding. I was in Poland for the blackout. I woke up from the earthquake in S.IL in 2008, but only because my house shook a tiny bit. What's going on in Japan is terrifying. I can't even imagine what it must be like to be there now.

Such a sobering tragedy! I can't seem to peel my eyes away from the news! I'm glad you were able to find out your friends were ok!

I also love FB - I can catch up with friends from all over the world. So good to hear your friends in Japan are safe. I can't believe the extent of the quake - watching the news is kind of like watching a disaster movie!

Such devastation there. I'm glad that Facebook has been there to tell you that your friends are doing okay. That is a great form of communication. Some people mock it and I think it is great. Best wishes.

I live on the San Andreas fault, so I'm used to earth quakes. Nothing of this magnatude however.

I am sorry for those persons in the midst of the tragedy or waiting for news.

My thoughts are with the people of Japan too. I've lost count of how many blogs I've written something similar on, which in many ways seems to devalue my sympathy. If only we all did more and chattered less, uh.
I was interested in your recollections of the power cut. I was in the UK during a petrol shortage many years ago. People stayed at home. The reduction in noise and polution was palpable. It confirmed a lot of my suspicions about 'sohisticated life' in developed countries.

Have a nice day, Boonie

It's amazing how fast facebook and twitter replace media. When there's something going on you know it faster due to tweets and facebook than by watching the news.

The news from Japan is nightmarish.
It just seems to get worse. Then to just really make their day nuclear meltdown.
Horrifying.