So I am posting at a time that it is NATASHA'S birthday in India (and a THURSDAY!) and my birthday in the states... yesterday this time, plus 2 hours, it was Jason's birthday in the Pacific Time Zone and MINE on the east coast... I like how we overlap like that...

I've LEARNED this week, that I also have a new blogger friend Leigh with a birthday today (the 24th today, not the hour remaining of the 23rd)... So we are having a BIRTHDAY PARTY! 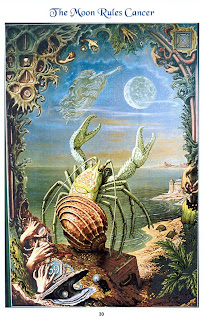 I've decided, based on the vast experience I've had *cough* that Cancers are particularly fond of having a NICE LONG birthday celebration... typically measured in weeks, but sometimes in months. It may have SOME root in liking to be at the center of things, but I think it is ALSO tied to just liking a really good party.

When I was REALLY young, birthdays were a little rough... a summer birthday, as a kid, means no cupcakes at school, half your friends away when it is party time... it is a let down of sorts to pass the milestone in absence of a grand fiesta... maybe that is what the 'making up for it' is about... But my grandparents, and later my parents, had a lake cabin, so I grew to appreciate 'a few friends to the lake' instead of a BUNCH of friends to the house.

About the time I hit high school though, I decided my extended family was fabulous (not that I hadn't known earlier, but family + one or two friends was PERFECT)...

I think my favorite birthday was my 16th—not a sweet sixteen, but a family party to which I convinced my crush to come... My mom bought a whole bunch of crabs (my favorite food) and it just was very nice...

Through college it seems birthdays were no big deal—I was barely home from school for summer, Oregon being on a quarter system... but when I got to Portland after college, and proceeded to live with my best friend for a while, we took up the habit of throwing EACH OTHER birthday parties (she is just a week later than me, and really GETS that a birthday should be a nice grand event...) I really miss her this time of year... The hubby never HAS gotten it...


The Cusp of Gemini Bond

Look what I found!
I was an adult before I really knew anybody born closer to my birthday than... say the 26th or 27th... I know lots of July Cancers, and TONS of June Geminis, but that Cancer/cusp of Gemini... I just didn't run across too many. I STILL haven't run across that many, but every last one of them I meet (other than the children, who probably just aren't there yet) are writers... compelled... possibly unnaturally. We are ruled by the moon both as ruler and sub-ruler, which means our fingers are on the emotional pulse of... pretty much everything... we feel big, we emote... but instead of getting all dramatic about it (as we would in the LAST deconate of Cancer under Leo's influence) we want to COMMUNICATE about it... I love that blurb that suggests rather than Gemini mediating the cancer emotion, instead CANCER gives the creativity to the Gemini intellect.  They are the letters and numbers... Cancer gives it STORY.

I think there also runs a slight detachment to all this drama we are documenting—we are part of it as historians and recorders, not propagators... I've never seen Natasha or Jason fly off the handle... Oh... Natasha can get irritated, but THAT is just that Indian culture encourages directness—it tends to be things that irritate me, too, but I have that instilled “if you can't say anything nice...” thing going on... But we aren't the CAUSE of the drama... none of us (oh, sometimes I annoy—I am just a little too... much... but I say that is other people being hypersensitive). Still, we note it... we turn it into story fodder, or blog meanderings... Our emotions are very real, but in the form of WORDS.


So now that I've projected my personality onto my Burrow mates because I think I'm right... LET'S PARTY!!!!! 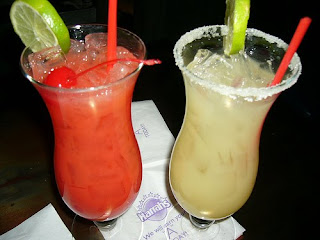 We need some beverages...

I can offer you microbrews, fruity rum things (or fruity rumless things if you prefer), ritas, or the champagne fountain.

We've got a fine tropical beat to encourage the LIMBO! 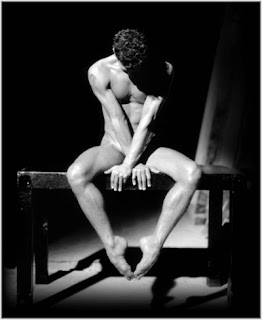 Some boys to dance like I like... (don't ever let them tell you the Tart doesn't like anything classy!--Oh, I know they'll try, but this guy is doing BALLET!) 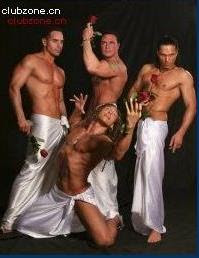 Though I wouldn't want you to think I had limited range...

And a little truth or dare.

1) tell YOUR most memoroable birthday or
2) Streak down the hall in the buff...

Hope you all have a FABULOUS day!
Posted by Hart Johnson at 11:00 PM

Considering all my underwear is in the wash right now, there is definitely some hallway streaking going on here... ;-)

You had me nodding away throughout the post, Tami, as I am sure you knew you would. I never quite looked at it the way you do, but every word you say is true.

And since I am going to turn 40 next year, this is a good enough year to make a resolution. And that resolution, before I even read your post, was to just not say it if I don't have something nice to say. The emotional turmoil you end up creating by speaking your mind is just not worth it, specially since by the time the other person reacts, you have already moved beyond it.

Happy birthday to all of us!!!

Happy birthday to you!! Happy birhtday to Natasha and Jason too!!! Have a fab fab fab day and thank you for the yummy eye candy and rum filled adult beverages!!

You cusp people are brilliant - best of both worlds!! I'm a Cancer through and through with lots of Sagitarrius, Aries and Gemini. Makes for a very restless, easily bored and too emotional persona! LOL!

I remember my birthdays as always during exam time and in the height of hayfever season. Evil! :-)

Have a brilliant time and great to see you channelling such passions into words. Yay!
Take care
x

Natasha, I LOVE that you speak your mind. I wouldn't change it--at least not when anything matters.

OK-oh yeah--fire and water are sort of turbulent together, eh? I don't have any fire at all, and the cusp and Mars are my only air... earth and water, almost exclusively...
(thank you!)

of course, I chose the streaking. And, you know, I'm a cusp girl too, only Cancer/Leo. But always viewed myself a cancer, not that I know much about such things.

also, crabs factor into my new YA pretty strongly, so perhaps that vibe came from you. Since, otherwise, I have no idea where it came from (although, as I write that, I realize I just commented on how I am a Cancer/crab, duh). But nobody eats them anyway.

I remember as a kid going to a place in NYC where there were no plates, no silverware, just hammers and crackers and they served the crab right on the brown-paper covered tables. I think it was called Sidewalkers.

Not a birthday memory, but a crabby one.

Alex-I take it you chose the streaking, too? (Thank you!)

Gae-we ate at a place like that in Baltimore--it was great! (though they really needed to bring dishes with washcloths... there is a REASON crab should be eaten naked--just shower after and call it good!)

Interesting that your WiP has crabs involved! I used to love catching hermit crabs in the tide pools in Oregon--they're so interesting in their borrowed houses...

Best birthday memory? I was turning 30, pregnant with my 2nd child, blissfully happy, but a little exhausted, and my husband surprised me with a weekend away at a lodge in the country with a 5 star restaurant. Hiking, picnicking, and gorging on fine food, and my 3-year-old daughter safely cared for by my sister back home. Ahhhhh.

Happy birthday to my fellow Cancer!!! (even though I'm not on the cusp, I related to everything you described here.)

Have an amazing day! xo Barbara

Happy Birthday and yes, I'm a Gemini. It has to mean something because I've definitely got two sides. Sometimes even multiple type personalities. It makes getting into characters' heads really easy lol! Hope you have a fabulous day!

happy happy birthday everyone!!
and of course streaking has to enter the picture!!

Karen-I have Gemini moments, so I know what you're talking about! I find in times of life changes, my Gemini traits are more adaptive.

Sugar--doesn't streaking ALWAYS enter into it!

And thanks very much for the lovely cocktails.

A birthday party! How wonderful!!! It's so funny b/c we really are partying through the weekend. A friend of my husband's from school wanted to come for a visit which has turned into a reunion of their law school band "Thunder Skunk" (they're loud and they stink). We ended up inviting the neighborhood--now my b'day gift is going to be a clean-up crew!!! But it'll be great. Started last night w/a gang of girlfriends at a local wine bar, having drinks and enjoying the dancers here w/you & Rayna, and plan to wrap it up Sunday a.m. Ahh... life is good!
P.S.
I must have a touch of Indian in me b/c lord knows I still blurt my thoughts at times. And it ALWAYS goes badly... I'm making the same resolution as R. Thanks, Nekkid T! long-distance hug~ :o) xoxo

Happy birthday, one and all. Guess I'm gonna hafta go streaking.
As for Mr. Ballet guy -- he might be dancing in Le jeune homme et la mort, and since the title is in French that makes the photo even classier.

Leigh--EXCELLENT to get to have the party through the weekend! And nothing wrong with being able to say what you mean. I sometimes can--I can with my close friends. Usually with people I know less well though, I hold back.

Happy Birthday to all! And thanks for the beverages. :)

crap! I forgot to say I'm both having a memorable b'day AND nekkidness. W/the girls in Baton Rouge (with Mom) and JRM at work all day, I do nothing but walk around nekkkid. Does this count as streaking? I'm not running, but at this b'day juncture, that's "bad nekkid" ifyouknowwhatI'msayin...

Happy Birthday; Favorite one, I turned 25. We were in Pensacola, FL, it was the 75th year of
Naval Aviation. There was a huge celebration, I went to a variety show, with Bob Hope, Jonathan Winters, Brook Shields and Sammy Davis Jr. In the evening, fireworks...I have topped this one,yet!
Are you streaking? I mean it is your birthday and you would be in your b-day suit?!

Happy Happy birthday (belated, I'm afraid) to you Hart!! Hope you enjoyed it immensely and I'm off to streak down the hallway in your honor ;P