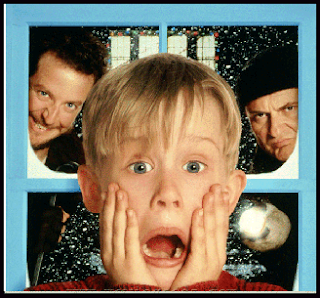 Woot Woot! This NEVER happens. At least not for a solid several hours. See, at MY house, I'm the one who disappears to work for 40 hours a week (compounded by my hour each direction walk—or nearly that). The hubster is usually here, other than treks to the grocery store, hardware store or walks with the dog, none of which lasts more than about 90 minutes. Then evenings and weekends, the kids are usually here.

Not today. Hubby is at his class... which yesterday I informed you was a CNA class and it was annoyingly auto-corrected to a 'can' class—whatever the hell THAT implies *rolls eyes*.

So what am I going to do home alone? DUH? PAH-TAY!

Okay, so maybe not so much. I do have a couple things in mind though.

Anyone with teens understands that I don't get to choose what is played very often. At the moment, (because it is 9am) I have REM playing—an old CD that I like, but honestly, one even I don't usually pick because when it's my choice I've put in something loud like Jane's Addiction. But for blogging (as opposed to bathroom cleaning) I don't actually need Jane's adrenaline. 10,000 Maniacs is next in the pile... the stuff I used to listen to when I was being mellow that sort of feels like old friend music.

I'm even going to make a REAL pot of coffee, instead of this decaf crap left by the OTHER adult. And I've brought my laptop out of the cave so I can even sit with some sunlight... 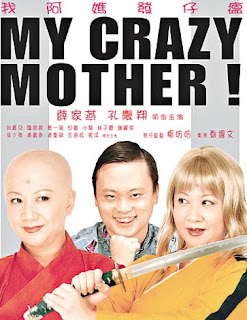 Then it's time to address the letter my mother finally sent. I've been avoiding this. I sent her one about mother's day detailing how to get THERE from HERE, and it took a while for her to get back. See, the trouble is she doesn't deal in reality. Her version of events are delusional, and if I try to present reality she gets defensive and shuts down (that is what led to this whole thing—she cut me off because I insisted we had to TALK about it—can't have THAT!). My mother's day letter said basically, sometimes the only way PAST it, is THROUGH it.

So at least now I know what SHE thinks reality is. I have some time to conquer this letter BACK to her.

Yes, I actually put exclamation points after the word spreadsheets. I'm a geek that way. I am creating two of them, one to keep track of my characters for my BuNoWriMo novel—When I write long hand, I have a notebook with all this, but I am going to be writing both at the computer AND longhand (so there will surely be a notebook involved to go back and forth) but when I'm on the computer, the quickest way to find facts (most often keeping names of secondary characters straight) is just to open my handy doc.  Besides, next to my computer, the stacks of paper are substantial already.

The SECOND spreadsheet is my wordcount one. With working on both a long hand and Word Doc, I need a quick, handy way to COMBINE the two to figure out how many words I've written on a given day and what my cumulative is. I know my longhand is between 250 and 300 words a page, so I am counting those as 250—yes, when I type it up, it translates almost to the page in my one inch margin, double spaced typing.

But besides the spreadsheet, I am also making a couple graphs, which I'm sure you'll get a screenshot or two of.

I do this every Sunday (and Saturday) but it IS on the agenda, so don't want to leave it off the list. Normally Sunday is my pancakes day, so that 'no cooking' thing gives me a little extra time—heading for the hill. (Yes, there is only one substantial hill in the entire state of Michigan). I would walk this route every time, but it is far enough that it is a 90-minute walk to include it. 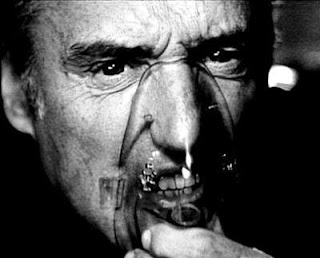 Nobody did evil wack-job quite the way Dennis Hopper did evil wack-job. I only hope I can infuse my bad guys with half of what he did. This beer snob may even have to go buy a Pabst Blue Ribbon. Thank you for chilling me to the bones, Dennis; you'll be missed!

And we're no longer talking about my butt... Tomorrow I have a guest author, so this is my last Blog before BuNoWriMo starts, so I thought I'd give my heads up. I think I have 6 or 7 guest authors blogging in June, which is very handy, timing-wise. I will continue to have a (mostly) daily blog, but they probably won't be as long most of the time. I will also probably not hit as many blogs per day reading—I will make a serious effort to spread them out, so I hit the ones I hit at least a couple times a week, but the writing is going to suck me under to some degree. PLEASE don't think I've abandoned you. I will come out the other side, go into editing mode, and need all of you more than ever!
Posted by Hart Johnson at 10:10 AM

Sounds like you've got a great day planned. Good for you for going with real coffee instead of decaf (that's just for late nights when you want to sleep). Enjoy!

Sounds like an awesome day! Sometimes it's just so nice to be on your own. And I'm impressed with your love for spreadsheets.

Have a great "me time" day. I'm also impressed by the spreadsheets and tackling graphs along with long handed writing. I cramp up trying to long hand, that's how long its been since I actually WROTE anything. Thats actually pretty sad *laughs*. Will miss your blogs but HA I will see you at the BuNo! And on a random note, my husbands unit is Maxim magazine this month.

*giggles* I am a data geek at heart. And I love to PLAN to organize... ACTUALLY organizing on the other hand... *shifty*

Erica-the longhand thing for me is because I've been writing since computers took whole rooms--my VOICE longhand is different. I am tapping a different part of my brain. It probably ALSO helps that LONGHAND there is no 'facebook' tab to check every ten minutes, so I just WRITE. I can't do 50,000 words that way though, mostly because I only do longhand in the bathtub and I would be a shriveled wreck!

All right - so what did you do with the kids - I get that the man is away doing a cna - whatever that is? Certified Nude Accounting is what I'm imagining - but the kids?
I get that you're going into the majory marathon of boonoowaahbee or whatever. I'm going to start my revision on Tuesday - the one I posted the schedule to - YOICKS. And I have to fit over 2 hours a day in there somehow with kids and dogs and chickens and man and other kids and grandkids and other work but HeY!
Good pluck my dear tartlett - see you at the t'other end.

Jan, I'd like to tell you I managed a cryogenic freezer or something so I could thaw the kids back out when I have more time, but the simple fact is, they both slept at friends houses last night and everyone is aware there is no car to pick them back up until after for.

CNA is certified nurse's assistant, but nude would definitely be better. The CNA is a prerequisite to nursing school, which he will apply for hopefully in January, but a CNA means he can get a nursing home job or something in the meantime, which would be helpful.

Good luck with your revisions!!!

Enjoy your time alone. I *so* hope you didn't choose spreadsheets!

Enjoy your day alone and accomplish everything on your list, Hart!
And Hopper will indeed be missed.

But Talli, i LIKE spreadsheets! I did one of those (the wordcount one) and my Powerwalk... now I'm gunna read a few blogs, then attack the mother letter... so probably just the one spreadsheet before I have company again...

Alex, thank you! And yes, he will!

oh man, hart, hope you enjoyed the heck out of most of that (not the mother stuff, of course). just wanted to give you a big hug, or pat on the back, regarding that. "only way past it is through it"--what wise words. it is so hard to refuse denial, especially when denial feels so good to others, like a soft, warm blanket. who wants to be cold and shivery? but you deserve the truth to be honored, or at least acknowledged. we went through this with my husband's mother and after a SEVENTEEN year rift, during which two grandchildren were born and grew to three and five, my husband refused to keep lying, even by default. she finally came forward with a genuine expression of sorrow and they are rebuilding their connection now. i really hope your mom can do the same, hart. you deserve it, and she'd be lucky to have you back as a daughter.

Dawn--jam packed indeed! Didn't get it all done, but made good progress and enjoyed it.

Jenny--thank you so much! Family rifts are so hard. I tried to switch mom's with my cousin, but my aunt wants me to mend things with my mom--she just has so little contact with reality, where her own behavior is concerned. Errrrrrgh! The hugs though are very appreciated!

Haha, I read the first line that you were spending the day writing, and went 'she is spending the day in her bathtub? fun!' but then I read on about all the other stuff you had planned and was all *sad, so not FUN!*.

Hope you had a productive you day !

sounds like a magical day. and REM is music to my ears.