I’m a social psychologist by education and so one of my favorite things in literature is relationships that ring true. I happen to know, as the actor, much of what we do is situational, but as the perceiver, most of the attributions we make are personality. We see a person shoplift: they think they are doing it for whatever reason they feel they must, we think they are doing it because they lack morality or are delinquent. The juxtaposition makes for wonderful reading. Juxtaposed Reader and Hero 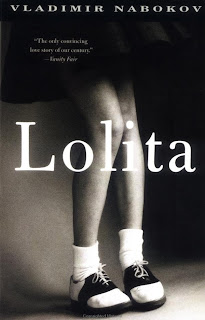 Lolita, by Vladimir Nabokov features the repulsive Humbert Humbert. He’s a pedophile who marries a woman for the sole purpose of molesting her daughter. He works himself into the position as her only parent and then repeatedly rapes her. But it is written from such a deluded first person perspective that the reader feels where he is coming from. He is the only main character I truly, deeply, loath, where I still LOVE the book, and it’s because Nabokov walked this line so brilliantly. Juxtaposed Pairs 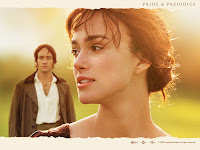 I think another case that makes for interesting reading is when the reader really understands where a character is coming from, but another character is badly misattributing. Case in point, Elizabeth Bennett and Mr. Darcy--I mean sure he’s rich, handsome, and takes some things for granted, but his self-awareness of his own hotness hardly merits Miss Bennett‘s wrath. Her jade colored glasses cast him in the worst possible light. I have a list of characters who deserve to be thunked in the head with a thimble, and Miss Bennett tops it, in my opinion. So I have a few questions for all of you: 1) Which authors do particularly well, in your opinion, at letting the reader see the juxtaposition of the heroes point of view and the objective truth? 2) Who are your favorite pairs--by favorite, I don’t mean who do you LOVE, so much as who do you love to READ (so dysfunctional pairs are definitely eligible)? 3) Do you use this in your writing at all? I’d love to hear from you!
Posted by Hart Johnson at 9:37 AM

I love books where the protagonist functions as sort of an anti-hero, or where the protagonist is an unreliable narrator--ONLY if it's done really well, as you mention. Winston Smith in "1984,"Jay Gatsby in "The Great Gatsby," "Hamlet" in "Hamlet." Scarlett O'Hara in "Gone with the Wind." I lost patience with Holden in "Catcher in the Rye."

I can't for the life of me come up with good pairs! Brain trouble today.

My protagonist for "Pretty is as Pretty Dies" can have a warped view on the world, too. But I try to minimize that with humor.

You've got an award on my site today. :)

Elizabeth, you've listed a great one in "The Great Gatsby", though I think the best example of a misattributing character is in Nick Carraway.

Nick is the vehicle used to gather all of the pieces together to learn about Gatsby, and the people that Gatsby (rightly or wrongly) represents. Following Nick from his idolization of the East Eggers and on through the awakening of how repulsive many of them are, is a journey that taught me, as a reader, to consider my own opinions of characters and not blindly agree with the progagonist.

And I always loved Mytrle...

Excellent! A discussion! And Elizabeth, thank you so much for the award! Everyone should check out her blog, especially if you write or love mysteries!

And great examples of misattributers!

Good point, Megan. I remember reading the book first in high school and I completely identified with Nick and his errant POV. The next time I read it (maybe aided with benefit of knowing how the books ends, I'm not sure) I looked more at Nick's misguided perceptions.

Thanks so much for your kind words about Myrtle! She's a mess, but I love her, too.

Hart, you're so welcome! I love your blog.

I always though that Myrtle was the only truly honest character in the novel, the only one who held onto her soul. Which, of course, means that she was crusin' for a brusin' in many, sad and unfortunate ways.

In fact, the only character that never misattributed anything!

Elizabeth mentioned my favourite couple - Scarlett O Hara and Rhett Butler. Through all their ups and downs, right upto the end when Scarlett realises that she may finally achieve her lifelong objective of marrying Ashley and being miserable in that relationship, and Rhett's "Frankly, I don't give a damn" - that was a couple worth reading about.

Nike Carraway as a narrator was one that was really skillfully done, but that was because whether you liked him or were indifferent to him, he was true to himself.