So I've been a little elusive about this 'Cozy Gig', mostly because it isn't a sure thing... it's an opportunity to audition, but I've finished my first three chapters—first draft anyway, and now it is time to research like a fiend, so I thought I'd go into my approach in case anyone finds it helpful, or sees me floundering and has suggestions. 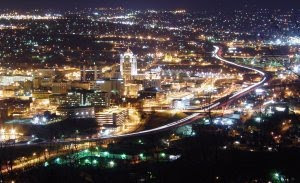 First off, I have been reading a little, but other than figuring out where my two main locations are (the MCs house, and the home of the 'event' where most of the action happens, I've saved the research.  I do this because I am a person who is too eager to throw in every detail... best to get the story down, THEN research.  So what now?


Straight to the Source

Ideal would be to go there, but as I don't even know if I will GET this gig, and because we ALWAYS have money trouble, I'm not doing that at this point. So I have put out a call to people I know in Virginia—turns out I know a couple! There isn't anybody actually in Roanoke, but I've talked to a couple people who've lived NEAR, plus found it really helpful to talk to a friend of mine from high school who is in the DC area, because SOME of the things a native would take for granted, an outsider would NOT. Her observation was a dichotomy—sort of a blue blood aristocracy versus the wannabes who will never actually be part of that.

For someone from the west, this is totally foreign—it is also USEFUL for a cast that will include people from both ends of the spectra. I'm not writing a social commentary, so don't plan to dwell TOO much, but to know the elite might have some snobbery is actually very useful in something that is supposed to be FUNNY.

Another source shared something that is backward from Michigan, anyway. HERE, if you own property (like in the country) it generally is a sign of wealth, so people who live out of town a ways, have more means. In the SOUTH, rural folks are often pretty poor, so getting out of town means the SES drops fast... useful to my main character who likes to hit back roads on a bicycle, not because she is going to do much interacting out there, but I want the things she sees to be realistic. 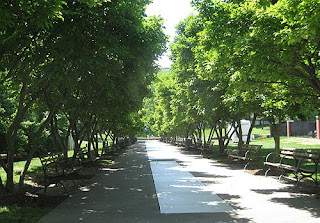 And finally, a LOCAL, has helped me with 'norms' (32 is a little old to not be married, young lady) and with the kinds of plants, flowering and not, that would be 'sorta all over'--like just driving around, as opposed to planted in a garden, plus, I have an interest in the aroma on the air. Crucial details for a series based in gardening.

So THANK YOU to my sources, Marie, Dave and Tracy!!!!

This is harder than you might think. First, my non-gardening brain needs to generate plants, then I need to look up whether they bloom in zone seven, and finally, WHEN they bloom—can't have things appear bloomed together if in fact one is a spring and one is a summer! So this is a longish process. 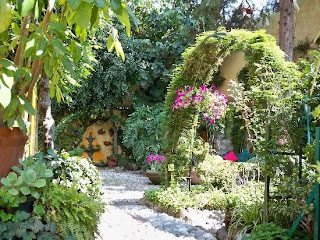 Homes need to match their neighborhood. Things need to be an accurate distance from each other. The view getting there needs to be right. I LOVE GOOGLE MAPS.

So where is the local watering hole? Most places have several. How are they different in feel? What about fine dining... the Chamber list ought to give me a start, but it is yet more stuff I need to figure out.

er...good luck! I am at the research stage as well..yet I have no frekin idea where to start lol..

Sugar-yeah... that is why I research last... too easy to run in circles grabbing tons of stuff but never having a framework... easier to build the structure first THEN start putting up the bricks!

Great post! If you ever need to know more about the South, I've been a lifelong resident. I live in South Carolina, and I'm more than happy to give you some "insider information"!

Funny, I've never thought of it that way, but land IS cheap out in the sticks--that's where people are poor and own acres and acres of land. (Land they usually either farm, hunt on, or use for fishing.)

You've had such an organized way of going about your research! I'm totally with you on getting the story down first then filling in the research later. So easy to get bogged down with the research details, otherwise.

Sounds to me like you've got a real handle on not only the research but how to go about it and use what you find. Being organized is a wonderful thing.

Sugar-glad to hear you think that might work for you!

B. Excellent! Nice to have another southern resource!

Elizabeth-cheap land, eh? I've never lived somewhere that had it! Even Idaho didn't have cheap land. Seems like EVERYTHING was farmed.

And I'm glad it SOUNDS organized, it feels a little like nicking away at details at the moment, but I have time to just read a bunch of stuff I've printed up tonight, so then I'll know how much more there is to do.