Since my children flew across the country last Wednesday, I've decided the topic of free time needed to be explored and I've discovered some facts you MAY not know. I say MAY, because it is conceivable you've been keeping these misconceptions to yourselves in an evil plot to ridicule those of us who didn't know... it is plausible, even, that you are foul temptresses, taunting me with something that doesn't exist, in which case I mostly forgive you. But if you DIDN'T know 'free time' was only a myth, then in spite of MY OWN foul temptress leanings, I am here to set you straight. 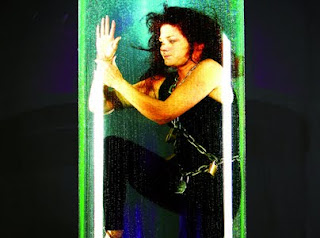 So my kids left Wednesday. You know what I had to do Wednesday night? GO TO A MEETING. I think I've been clear on my feelings about meetings.

I think you can follow me on the math here... it's fuzzy math—the variety used by economists, but there is no flaw in my calculations. Something that is one thing in one circumstance, is another thing altogether in another. It has to do with opportunity costs, uncomfortable chairs and silly hats. 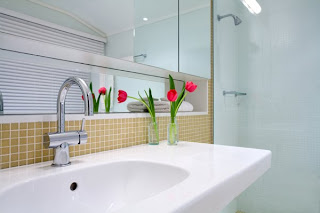 And by pestilence I mean... erm... cleaning the bathroom. Doing the laundry. All those little projects I HATE. So much of my time is eaten by these little annoying things... Why can't they invent a self-cleaning bathroom... a self-cleaning litter box... self folding laundry... Any of you out there with an entrepreneurial spirit and a skill for inventing, those things would make you very very rich, and make ME very very happy... so happy, in fact, that you would be guaranteed a chair as a minor deity once the Naked World Domination Tour has completed it's takeover. 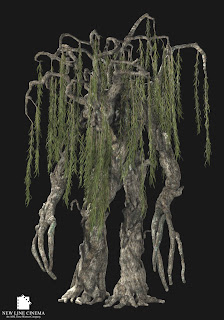 So when the childings are gone and you are left alone with Mr. Tart, rather than the normally romantic leanings a proper man ought to have, this particular one looks around and says, “Maybe we could get some stuff done.”

Let's chop down the trees!

And to be REALLY REALLY FAIR, my neighbor, as she recruited my husband for the tree murder project, she said, “and Tam, you can sit by the pool and write!” WOOHOO! (Did I tell you my neighbor is my hero?) So Saturday had me first editing, then typing, then even a little READING, which hubby climbed in the roof of neighbor's garage and cut branches, then they felled these trees as close to 'between wires' as they could manage, though there were admittedly some wires were loath to let go of their leaferly lovers...

Still, it was the best free time I GOT this weekend. And it wasn't FREE. It was a GIFT.
Posted by Hart Johnson at 3:00 AM

And the secret we supposedly were keeping for you was that it is nice to sit by a pool doing something you love while others are doing all the work? Yeah, I would have never guessed :P

And I love your take on economists and fuzzy math *giggles* Of course, ALL math is fuzzy to me, but a-okay...

I tried inventing the self cleaning litter box before but one of my cat's spontaneously combusted from it so I had to trash it.

I'm mostly able to follow your fuzzy math here. At least it's easier than economist math, which is completely impossible. Many times I've tried to calculate the interest rate we should pay, but always end up with different (lower) numbers than what the economist-assholes in the bank charge us.

We have some trees we want to chop down too, actually on the neighbors side of the fence. We agree with the neighbor on this, but since we live in an older part of town where everything is protected, the Cultural Heritage Office won't allow us to remove the trees.

The trees have to learn. They can't go around breeding and contracting Dutch Elm Disease. It's not fair on the parents!

Oh what fabulous neighbours!!! I hope your inner Ent was ok though! I'm so glad you got some free time gifted to you!! Good luck with your editing!!!!

I am a foul tempter, fyi. Let's keep the epithets gender-appropriate, shall we? And yes, it's a conspiracy.

Also, since I seem to have fallen into a deal of "free time" recently, I too have discovered that crap like yard work and home renovation projects and stuff eat one's time like a swarm of ravening locusts.

Glad you got some time that was both chore and kid free!

I'll be honest here. I'm not quite sure I follow! But then again my Maths is very suspect at the best of time.

Regardless I'm glad you're 'enjoying' your time!

It's that seemingly large amount of free time that seems so very small when it's over. I can fill my kid-free days in no time flat. And sleep is rarely involved!

I agree with you that free time often comes as a gift. So funny about your husband and the trees!

Mari-but it's very important you don't TELL anyone I like that...

CaH-well yes... those fuzzy economists really would be more comprehensible if they were glittery economists...

Mark- those trees DO have those permiscuous habits, but I'm all for promiscuity...

Jenny, my inner Ent will recover, though it's hard with all the bodies still strewn about the yard..

Oh, come on, Simon... can't you just PRETEND to be a temptress? Just for me? I KNOW you're a man-tart!

Alex, thank you! Wish there was more like it!

Talli-it's possible you are one of those folks who requires logical maths...

Karen-Yeah, i think had my neighbor not offered, I would have felt obliged to stick to the laundry or something!

LOL re: the kids gone, husband's response comment... Mine does that, and I'm all, "Really? The magic's that far gone?" ;p

hilarious and my feelings precisely. There's always something just waiting to eat up that free time~

Reading your post, I've come to realize I've got too many people living in my house. When they all left yesterday for various outings, I actually managed to edit a great portion of my book.

Leigh--yeah, Mr. Tart and I have twice the number of years in, too. *rolls eyes*

Clarissa-AH! that's the ticket, start kicking them out! teehee

Free time is a gift for sure. Make good use of it because its a precious commodity. And way to teach that tree a lesson. Who do they think they are anyway?

I'm looking forward to discovering if your fuzzy math applies in Alberta. Only nine more sleeps...

Even though I have no kids, I still never seem to capture that ellusive free time...

Stephen, it had been so long since I'd HAD any free time, I'd forgotten!

Jan-ought to apply. Things you are perfectly PLEASED to do this week with kids home will become painful next week with them gone.

Sarah-teehee. Gotta take our promiscuity where we can get it.

LDiane- I missed you there! Yeah, I think that is the 'responsibilities rise to meet time' thing--if no kids, then you have OTHER stuff!

Ha! I spent Sunday on the chaise lounge with a book (TGWPWF -- see Friday's comments) while my hubby gardened all around my lazy ass. It was lovely.
B

“Maybe we could get some stuff done.” Where has all the romance gone! The only way to truly get “free time” is to not tell a sole you have it, then run away.

Holly-I hide a lot, but they seem to find me.

I love your neighbor! That was really nice of her. I'm glad you got some writing in.

If, in fact, you do find self-folding laundry, I want in on it. The cleaning's not great, but I would take anything over laundry folding and vacuuming!

My own housekeeping philosophy has devolved into, "If someone is coming over, clean my place. If not, just keep writing."

I discovered there was no such thing as free time when my husband retired and I quit my job (sorry I kept it a secret). I also learned that doing nothing (which is what people think retirees do) is extremely time consuming.

Rosie-I know right!? Washing is nothing. I can even scrub, but the damn matching of socks is the bane of my existence!

Helena-if you move across the country from friends and family--then you never have to clean... though if somebody DOES dish for plane tickets, it's a nightmare.

Jane-My parents got a lot busier when they retired too! It's too funny how that free time fills up.

I'd LOVE to have a tree project like the one you participated in.

I try and do all my small projects on the same day so they kinda equal a big project and then it feels a little more satisfying.

Oh wow, can I have a piece of that gift too? What a blessing ... I think I need to have kids in order to gain some writing time! LOL

Free time is like the closets in my house ... filled to the brim. Enjoy yours. But when they are back home, cherish the moments ... each of them. They fly by so very quickly and soon they are on the opposite ends of the earth. Cheers!

OMG! I HAAAAAAAATE matching socks. I'll (begrudgingly) fold the entire basket of laundry and leave a pile of socks on my hubby's side of the bed. It is a chore I will NOT debase myself with!