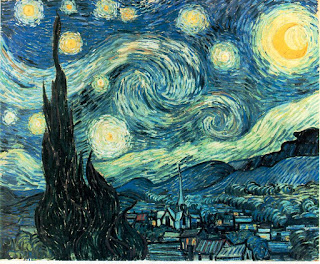 Though my own art skills ceased to develop after about kindergarten, I actually know a fair few artists, but I don't know a single person who steals the stuff! And honestly, what I REALLY need, is someone in the administration branch of a RING of thieves.

This is the second book in a row where I am finding myself leaving blank spots because there is a large gap in my knowledge base and I just can't wing it because too much depends on getting it right.

[hmmmm... am I the only one for whom that keyhole looks suspiciously penis-like? Too much time at Accidental Dong, perhaps...]

Anyway... The two central characters in DENIABILITY are a Psychiatrist and a 'Spy' (sort of). The Psychiatrist I can do a fair job with. It's a job I considered having until my freshman chemistry lab taught me that people in pre-med are a nasty lot (by and large—I know a few docs who are fabulous, and must note the exceptions) and under no circumstance did I want to spend twelve years with them (as a collective). I've watched shows, read books—probably most importantly, PAID ATTENTION.

Spies though... while spies interest me from an entertainment perspective, all the movies and books show spies... SPYING! I need to see a spy being TRAINED to spy. In fact REALLY what I need is to see a Bounty Hunter, or maybe a (non-religious) terrorist of sorts be trained. Those are the pieces this book is missing and could really benefit from me getting just right.

With CONSPIRACY, it is the art thieves. I know HOW they are stealing art—that isn't too difficult... well, stealing the art would be difficult, but these guys have a system—my imagination supplied that one alright, so they're set on that. But this organization requires a relatively large group of intertwined people. To top it off, about 75% of them need to have realistically Romanian names, so from the bathtub I am having trouble conjuring what to call my various people...

So what does one do when encountering something important to a plot that you've worked out that is unlikely to have a few nice, clean hits on the internet? My instinct is I need to find a couple books to read (love an excuse to read!) and maybe a few movies to watch, but I need to be careful they get at the angle I WANT and not just the more commonly seen 'theft itself'. Thieves are so often made out to be buffoons, and I am not interested in that, at least not at a collective... these guys are smart enough to have pulled one (several) over on some smart characters, so they need to be written well, organized well, and believable. Same for the Spies or Bounty Hunters.


So I am throwing out two topics I would LOVE feedback on.


Do any of you know of any great books that show 1) art thief rings from the inside, or 2) the TRAINING of spies or Bounty Hunters?

How do you writers approach topics you know nothing about that elude traditional research?
Posted by Hart Johnson at 6:56 AM

Unfortunately, I can't help you with the art thief rings or the training of spies, etc. Maybe the reference librarian could offer some tips? That's a narrow field.

For crime and police related research, I belong to a Yahoo Group for cops that help mystery writers. And a weapons Yahoo Group, too.

Well, a quick trawl through wikipedia got me to this guy:

And, of course, Wikipedia itself is a reasonable starting point if you're writing fiction and need a lot of info right quick; there are certainly far worse encyclopaedias out there, and I'm sure you've enough experience in the scientific field to avoid the bullshit :)

Then there's of course a fair few books and movies out there. To start with the easy part first, in movies I know at least these have some useable bits:

Heat (1995) shows tradecraft of another kind as would be used by the more paramilitary side of the operation; just read Clancy for that ;)

By Way of Deception (1990) by Victor Ostrovsky gives you a detailed inside account (at least according to him) of the training of a Mossad agent. This was used as one of the sources for Spy Game.

See No Evil (2003) by Robert Baer; I hadn't heard of this, but the blurb sounds as if you could get some useful info out of this one on how the CIA operated from the mid '70s to the late '90s.

Then from what I have myself and have read, I would go to books like

S.O.E. The Special Operations Executive 1940-46 (1984) by M.R.D. Foot, is written by a professional-historian-turned-WWII-spy and has some basic info.

Spycatcher (1987) by Peter Wright, has some info on the tradecraft, or at least the technical tradecraft, of MI5 from the War up to the '70s, if I remember correctly.

*snorts* Elizabeth, you're part of a Yahoo WEAPONS group? BUWHAHAHAHAHAHA! You never cease to amaze me. But that's a good idea, to check out some of those groups.

Joris, excellent list! Thank you! Now to just find a spare 20 hours or so...--seriously though, I'm sure I can use at least some of those for DENIABILITY. Art theft rings may be another story...

The police group will be a lot of help with the art theft rings; the only ones we know any details about are the ones that got caught after all :)

and the external links on the same page are a place to start :)

Joris--reserved two of those books to start reading--library has them in stock, which means no waiting (yay!)

And thanks for the links!

I used to turn to books for info, but now seem to turn first to the Internet. You can find almost anything there!

Ken Follett's Modigliani Scandal is ringing some mental bells, and then there's Iain Pears's Art History Mysteries, which are back in print (woohoo!) and deal with a Roman art theft squad. The movie Sneakers has some fun cyber-crime spy stuff (as well as a nice clip of the Smetana quartet "From My Life" which starts with a big fat viola solo), and for spy training, at least on a teen level, try Mark Walden's H.I.V.E. series and/or Catherine Jinks's Genius trilogy. Be warned that only the first two volumes of each are available in the US, so you may have to bug Tara for the Walden and Briony for the Jinks, but I bet Sam'd love 'em too, so you can pass them to him when you're done. Howzat?

Internet is great for some specifics... mood and feel... I'm liking fiction.

Leanne, I KNEW you'd be able to recommend some books--you never fail me there. Follett I know I like... I don't think I've read any Pears--and that is the first solid ART one I've got (since that is the most urgent... Joris reminded me too to read a little Ludlum--he has lots of spy-centric and I like him too.

Are the H.I.V.E. and Genius GOING to have full prints in US, just behind? I'm more patient than you are on books... I will check those out, too--always start at the library, as Sam is periodically picky...

Why on earth would you read fiction if you're trying to uncover facts...? Then again, I don't regularly read fiction, so I'm not really one too talk either way ;))

I couldn't say for sure if the next volumes are just delayed or actually stopped, though the Jinks at least I would HOPE the publisher wouldn't be so dumb as to stop after two volumes of a trilogy! H.I.V.E. is up to (I think) 5 in the UK (that's the one I was asking Leslie to look for for me); neither have any information in the database at work, though I haven't checked in a week or so. I should note that the Pears is more on the lines of CATCHING the thieves, but hey, gotta start somewhere, and Natasha likes 'em too. :-)

ehm. i don't think i can be much help. only book i can think of that involves art theft is one i know you most certainly are not looking for. haha homeport by dear ol nora roberts has a character that steals art. [if i'm not mixing up my romances]. :p

Joris-I prefer fiction to non-fiction because non-fiction is FAR too dry for my attention span. I just can't make myself wade through it.

Kas--is he an art thief whose part of a RING? I can read a romance now and again if they are well written, and Nora has had a lot of success... though it isn't my genre of choice...

Ian Piers' Art Mysteries series are just fabulous. Leanne recommended them to me, so she may have told you already. They deal with the police art theft squard based in Rome, and of an art historian who somehow always manages to get entangled.