For a long time I thought I couldn’t write, that I lacked the imagination. I really could never write a whole separate world like the fantasy works I love so much. Creating something from scratch is just SO BIG. I have incredible admiration for those uber-creative types who can do it.

Eventually though, I learned to pull pieces of reality from different places and combine them in different ways… create something fresh from a reconfiguration of things we already know. 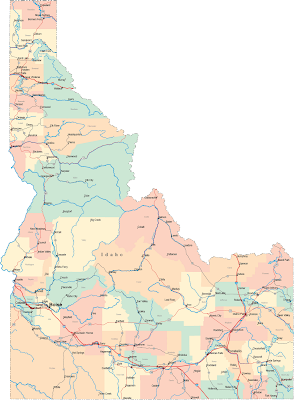 My thoughts on this topic began with my NaNo project (now at 35K *YAY!*). My characters have just realized someone was trying to kill one of them and have gone on the run once again. I had them in Colorado because it just seemed like the kind of place that would have a psychiatric hospital not beholden to government forces (since part of what they’re running from is a government agency determined to keep her quiet)… guess Colorado wasn’t as secure as they thought though… so they’ve hitchhiked, and where do I send them? Idaho. You know WHY? Because I know nooks and crannies in Idaho that can give it a realistic feel without a ton of research, and NaNo doesn’t give me TIME for a ton of research. Going into familiar territory is a nice way to have at least ONE layer of the story be easy. [note the itsy bitsy teeny tiny red line that is the only highway from southern to northern Idaho… yeah, it’s mostly only two lanes, and that matters]

CONFLUENCE takes part in a fictional town (Clear Springs) which is a combination of Ann Arbor and Moscow, Idaho, though the surrounding geography is all Idaho panhandle, even though it is never called such. But because it was a fictional town, I had to make maps and decisions, and work hard to keep thing things I was saying consistent with some plan. LEGACY on the other hand, takes place in Portland, so that was EASY. I lived there for twelve years. I could use memory and real maps (plus a little google—for instance I had to change my timeframe by a few years because I use Pioneer Square which wasn’t completed until spring of 1984)

So here I am… using a location crutch to speed things along, since writing speed is fairly critical…

Some people borrow from real life for plot, whether it is news events they see, things that happened to people they know, or real life. My own real life, plotted as fiction, would yield a sort of angsty, oddly inspirational ‘Chick Lit,’ I think. My romances have been non-conventional and sometimes questionable (probably I couldn't pass as a heroine in most of them, anyway). My worldly experiences have been mostly frantically gleaned in an attempt to have a more interesting life. And my career has been scattered. I think the ONLY thing I have that is all that interesting is a scrappy perseverance… a stubbornness that survives, regardless of obstacles. But to write that story, I have to dish dirt on people I still care about, so it’s not happening, at least not until I can do it honestly, as a memoir, which means acquiring fame first.

I have another plot that is ALMOST mine I intend to write, but not while my aunts are still living. My grandfather had a very tragic life, considering he lived to 91, and the skeleton of the story is absolutely gripping--triple hanky stuff. The family dynamic though is difficult, and I will not be the person to make it more so. Another one for my golden years.

All those 'real life as plot' things though, have a limitation that is HUGE for somebody who wants a career as a writer... you only get to do it once.  Poof, bye bye, plot used...

What I LOVE to use real life for is details. I like small exchanges that give a sense that things really happened that way. They give an authenticity to scenes that would feel forced if a person used something similar but that was fictional. I’m not saying they can’t be altered to be more plot appropriate, but life offers some wonderful scenes. 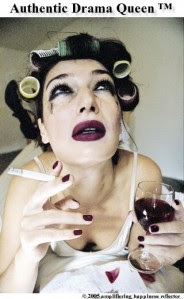 I think it is a rare writer who doesn’t put herself and people she knows into characters in bits and pieces… this trait or that one, even if it is subconcious. I think our own personalities feed into what we see as ‘good’ and ‘bad’ too. For instance I have a very difficult time writing a sympathetic drama queen. (Ironic, as my teenage heroine in CONFLUENCE is nicknamed Drama Queen, but that is about literal drama). But I just don’t have patience for that personality, sucking all the air out of the room. They make me tired and I could never finish a plot if I let one in. I just can’t yet be sympathetic enough… maybe one day… or maybe as a second…

But I see young writers, or writers early in their development, drawing whole characters that are themselves, or maybe themselves as they would like to be. I’ve never gone that far. I think I am too odd a bird and everyone would identify me for the nudist that I am. I also think it is only good for a book or two, and then the personalities need to shift up a little or people will read it as more of the same (maybe not in a series genre, like mysteries, though I prefer someone quirkier to be the M.C. in those than nearly anybody I’ve met).  Mostly though, it seems like life should be a cabinet of raw materials, mixed and matched in new and unexpected ways, rather than counting too heavily on the pre-made chocolate frog that really only has one good jump in it.

Note:  to the left is a link to Coffee Rings Everywhere.  I haven't read today's because I had a plan and didn't want to be influenced, but it looks to me as if my Thursday Twin and I are on the same brainwave... I hear that happens frequently with twins.  *winks at Natasha*
Posted by Hart Johnson at 10:18 AM

I can see how a person's own experiences would enhance the realism in writing.

I do so love these glimpses into the other side of the world of words.

I know there are some writers who dream it all up in their heads (Elspeth is one, I think), but I come from the patchwork school of writing. A little bit of truth here, a name from here, a rumor from there, something I've overheard from another place.

I'm with you...there are some family stories that would be GREAT to tell. But there would be too many hurt feelings. Maybe when I'm elderly, myself!

For me I think it depends on what I'm writing. I may be inspired by a name or a picture or the way a person does something but for the most part my fiction is completely thought up in my head and on various pieces of paper. Often my poetry has more real life in it and of course my non-fiction is all real life only the names have been changed to protect the crazy and lame in the case of my book.

People often tell me I should write a book about my life and family. While I'm positive it would sell because It's very much like a Mexican Soap Opera, unfortunately the people it would include don't handle the truth too well and would be extremely upset at their lives being broadcast, as most people they know don't know the real person. Talk about drama....

And I forgot to tell you, thanks for adding the email subscriber, but it doesn't work. I'm not sure what exactly it is subscribing us to but I haven't gotten anything yet. I just use the regular feedburner for mine and it works awesomely.

I think we borrow from reality subliminally -- even those of us who write work at variance with our daily boredoms.

Tossing in a banal detail here or there and warping it into something original or askew is always a good policy.