Of Teens and Trolls

[Note: Not a writing blog... you've been warned] 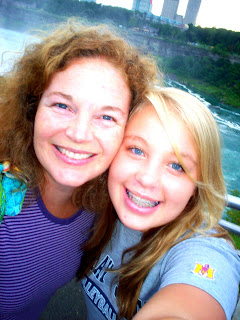 Stark evidence arrived in my home yesterday that a new form of Changeling-Troll hybrid is at work in the Great Lakes area. I suspect that at some point during the last week, possibly on one of the 9 sleepovers (yes, 9 in one week—don't ask), clearly it had to be the last week of August—just look how much she liked me on August 24! But I digress... sometime in the last week these beasts found this sparkly-eyed beauty of a daughter and decided that was the form they wanted ever after. As school encroaches and our schedules get busy, the demands on said child's time have brought out this monster of demanding-ness and ingratitude (it is just not possible I raised such a creature!). She has a string of nasty catch phrases that fall from her mouth at any refusal at said demands (lazy, self-absorbed—MOI?) and even agreements are met with snotty criticisms in process... The Source 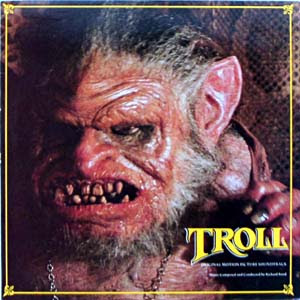 My husband has to use a program for his Biology class called Blackboard. He is uncomfortable on a computer and I was helping him (for the better part of two hours when, to be honest, I had 47 other things I would have preferred to be doing, but... I try to help). Suggestions on my part were met with scorn, disbelief, and reprimands for communicating so poorly. It didn't help that none of my ideas worked (his professor has given him the wrong access information—not my fault-- seems I shouldn't have to say that but I do... again and again). I still believe the professor emailed the RIGHT instructions, but when I pointed out the possibility (after MUCH time) he refused to check whether the pending email had better info. We'd gotten the corrected information from the school anyway any he probably has a point about my inability to not say 'see!' but it seemed so much effort, and I was EXHAUSTED from the arguing and insults, when all I was trying to do was help. My issue: No human adult would have so little foresight as to what exactly his partner is going to answer NEXT TIME he asked for help. (*cough*CHANGELING*cough*) Warning and Plea for Help I fear the problem will only spread. If one appears in your household, I believe the only solution is a full quarantine—indefintiely—especially from yourself. In Changeling form they are stronger than their human form, but fortunately have lost their size advantage of a regular troll. At the very least you should be able to hand cuff them to the bed frame while they sleep. Oh, it won't stop the swearing and attitude, but at least then you can leave their company. If you'd like, you probably have time to rescue any smaller children before the trolls change them too, though I suspect they mark the young by about age 8. What you really need though, is a long break—a vacation, a walk, a prison sentence—-anywhere you can just be AWAY. If you HAVE such an extra hideout, please give a shout. [Note: first football game of the season today. We park cars in our yard for a little extra cash, which is good, but suggests I will be no less exhausted by today's day end than yesterday's]
Posted by Hart Johnson at 2:18 PM

We use blackboard too at uni, but that's the same login as on every other computer/system connected to the uni, isn't it?

It's so *frustrating* when you're trying to help someone and they, themselves,are frustrated and they take it out on you! Happens with kids' homework every so often. And, as I like telling them, "Hey! I'VE already passed third grade. I don't HAVE to do this with you!!!" Not that that helps matters... Sigh. Good luck with your trolls.

Joris--not sure if it's the same all over, but it was DIFFERENT than how the professor told them to do it--that was the source of the problem.

Elizabeth--I hear you! We actually got a tutor when my daughter was in 7th grade because she wouldn't believe her statistician mother knew how to do her math.

And thanks for the luck--I will need it, I think!