Something has occurred to me. I often read books these days that are in straight past tense... okay, no problem, eh? But there is something that has jarred me a number of times recently. I think writers are afraid of Past Perfect, the tense.'


What is Past perfect?

This is the form of a verb that includes HAD before the verb's 'ed' form. (and I think that is the problem (I am thinking, this is the problem?)... in avoiding PASSIVE voice, we mistakenly also avoid PAST perfect.)

But past perfect is a past past... a different animal altogether... it tells us what HAD happened before the activities we are now giving in past tense. 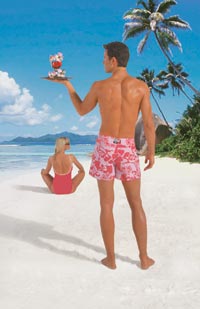 Let's give a Tartish Example...

Lets say the Cabana Boys are coming to take care of my sore back...

Knowing they are on their way, I do some things to prepare, yeah?

And I want to start telling you this story at the ACTION, yeah?

But some of that scenery matters, yeah?

I don't give you a long, drawn-out intro BEFORE they arrive... I give you the PAST PERFECT description after they've arrived!


“I had begun the pudding preparation in case we decided to wrestle.”
“I had called the house elves so somebody was there to wait on us.”
“I had showered, though it was not necessary to have stripped, being naked already.”

See, if I said “I prepared the pudding” it gives the mistaken impression I did it RECENTLY, rather than before the action started. 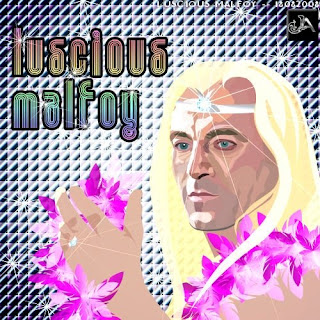 Lucius danced. (pretty clear)
Lucius was dancing. (means the same thing, but passive and usually avoided in our writing, though I'd argue it still may be better if it is about the SCENE instead of the action--but that is my opinion--until I have some clout, I will keep quiet on the matter.)
Lucius had danced. (PAST Perfect—this doesn't mean he same thing AT ALL does it?... it either establishes that Lucius has a HABIT of dancing established long ago (something I can confirm), or perhaps that he had danced before we arrived, but now was peeling grapes for us (also true)...)

[and if it were Lucius talking he would say "I have danced" to tell us his history... Present perfect.]


If past perfect is the appropriate tense, it SHOULD be used! So don't be afraid of Past perfect! It's your friend, and the PERFECT scene setter!

Amazon Breakthrough Novel Award is CLOSED! Now... the waiting... and the anxiety... and the tickle torture... 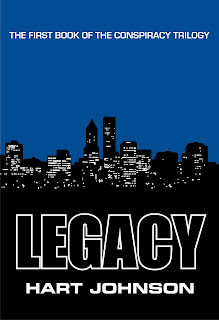 I am at the quarter mark of infusing the BIG changes from this round. It is going really slowly, or so it seems... I can do about three chapters a night which means eight more days. THEN I plan to send it to a last reader and read for a SMOOTHING round myself. In GOOD news... I did an agent search today crossing suspense, YA and then typed in 'family suspense.' My REASON is that I am marketing this as family suspense (not a technical category) but I figured an agent who covered ALL the angles would best know how to angle this and would give me the best advice if I need to change it. My search (which seemed to turn up 'family saga' in addition to suspense and YA, but that's okay—as a trilogy, it sort of is a saga)

Anyway, I turned up 24 agents that covered all three genres and one of them... IS MY AGENT! I wasn't sure how much YA she'd done... so she will get first rights of refusal, though I think this list of 24 is a pretty good starting place for queries... Though I DO need to get with the program for my pitch... my last round of trying to write it was sort of ugly. 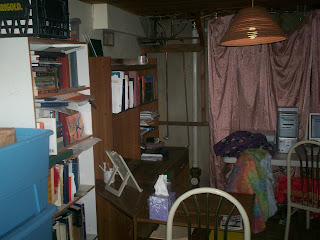 So HWMNBMOTI had a hissy fit on Saturday morning... see... there is this desk we got from a neighbor that I insisted we move into the basement, but had not used to because frankly... I wasn't sure how to get it back together. After a lot of shouting, and someone (who might have been me) hitting somebody with a broom, he finally helped me actually put the darned thing together. I proceeded to move furniture and then put my stuff... IN ITS SPOT... A little weird to have things put away and easy to find. I'm far more used to stacks and chaos. 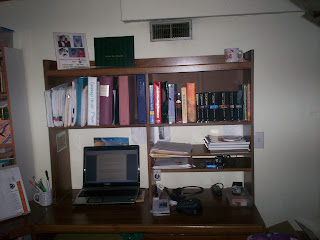 Prior to this, the desk to the left (above) was in parts against the back wall and the table to the right was on the left wall partially covering the book case (it was a disaster... see, we had to take down the far wall two years ago because of a leak in our pipes... it's ugly. But we don't have funds to replace it (or skills to do it ourselves, as there are some oddities to the wall) thus, the curtain... anyway, NOW, instead of a corridor of sorts, I've put the computer desk at an angle that would make it sort of... a room... and I have all my various drafts right over my head, and references and inspiration to either side... and hubby has the WHOLE table to spread his books and such... it was a long time in coming, but it is DONE!

(and there was much rejoicing)

See, I never understood the past perfect thing... your typical tartish explanation makes it a whole lot clearer. *nods*

I wish someone would peel grapes for me. *sighs*

I agree with you. Some people hear that agents and editors say "avoid the misuse of such and such."

Suddenly it becomes "avoid any use..."

The idea is that you can do anything, as long as you do it right and don't annoy the reader...

I think all parts of our grammar are wonderful if they're used in the right context. That said, when a writer finds s/he must write tons of narrative in the past perfect, he might be starting too late in the chronology of the story. This is worth considering.

Love that you've got your own writing space (near your hubby's work space!) Nicely done. :)

And good recap of catching readers up with things that have already happened in the past. There's so much past activity and set up activity (setting up scenes, etc) that can just be avoided by a succinct summary.

Yeah, your own space!
And I think I use the past perfect...

Love the new workspace and excellent post. I'm not sure why every rule in writing has to be an absolute, but it makes me crazy. After writing for awhile, I've learned to take it all in stride, but when I first started out in fiction? Oy!

BTW: On first glance, I thought that graphic of LM was Fabio. Don't think I'll ever be able to to look at Lucius in the same way.

First, I totally agree with the past past, which is now what I’m going refer to when I’m talking past perfect. ABN must be totally exciting and nerve-wracking at the same time. Great new space. But will you stay there or do you move around?

I have never had previous experience of being NAKED until I started blogging!
:-)

So glad you and the amazingly acronymed HWMNBMOTI are now living in perfect personal workspace harmony! Yay!! Take care
x

Congrats on getting your space in order. I know how huge that is. You'll love it.

I haven't noticed any writers avoiding past perfect. I definitely use it.

Dealing with shifting from simple past to 'before that' without peppering the writing with too many "hads" can require some diligence. Advice I've had is that once you make the shift to make it clear, the "had" at the beginning will cover the rest of the sentence/paragraph.

And a dedicated writing space is so great. When we moved, I claimed one bedroom as MY office, and I love it. (When I don't get distracted by the deer outside the window)

Hahaha! And there was much rejoicing was a nice final snicker to a whole post of awesome funnies. Glad you have your space all sorted and pretty now!!

Okay, there is nothing like a good workspace to ... you know ... work.

As for the past perfect. Great question: why are writers so afraid of using it? First off, I think they SHOULD use it, and secondly, I think there is a good WAY to use it. I once wrote whole sections in past perfect (because it was technically correct in my mind), but the truth is, it was a tad exhausting to read. So I adopted the establish the past perfect, then segue to past tense. what think you?

B
The Middle Ages

Past perfect sneaks into my sentences occasionally, usually as "I'd" :) I do that type of agent search too.YA/historical/fantasy. Got 33 and some are on my general agent wish list, so I'll start with those. As soon as I get my query into shape. Yeah...that's the plan. :D

Congrats on the desk and what will be a successful agent search. I organize my own desk at least every two weeks. But as soon as it's cleans evil elves attack and make it a mess again. And then they attack the nearby kitty litter box.

I think if my English books had illustrations like your Cabana boy I might have paid more attention during classes.

Good luck with the Amazon contest.

Having your own creative work area is great – enjoy!

christy and I have this discussion all the time. I tell her to cut out 90% of her hads (and 'd contractions) and she says she needs them. You just had to come along and try to prove her right, didn't you??
erica

Love this post. I can't believe how quickly an opinion becomes fact in this genre. LOL. You go girl. :)