So I write REALLY a lot of books... and my writing career seems to be doing not a terrible lot. My contract is over—three books, the first sold through and I still get a little check from it every six months... the other two have NOT sold through, which means they don't ask for more, I guess...

My YA books have not sold. Only got close on ONE (had an agent, submitted, no buyer). My serial thriller (self pubbed) has grossed me all of about $40... (which is a significant loss when I look at paying for editing and covers)

So how does one jump start a writing career? Have I been doing this long enough to figure it out? 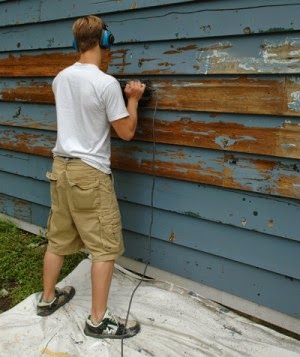 Ever scraped a house? Trying to get the old paint off before you are ready to sand, prep and paint again? Know how it's easier to chip away at the old if you start where there is a bubble in the paint or where something has already been chipped away?


I've decided the most promising route to getting there is starting where I have a little traction. Feels like VERY little at the moment, but I think if I really dig in and focus for a while, I might manage it. 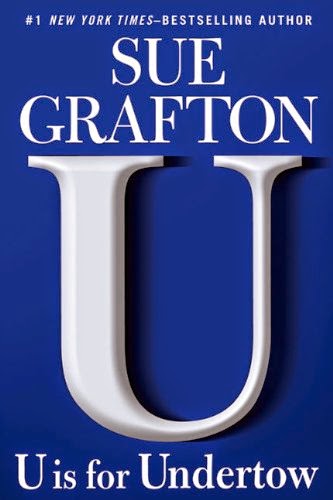 I am belatedly reading a Sue Grafton book at the moment. It is my first time—not sure what I was waiting for except she really was getting big when I was still in my YA with my kids phase and by the time she got to about M I thought she seemed too gimmicky. What did I know? I think she is speaking to my audience. Some humor. Some quirk. But REAL issues. Real psychology, real violence. I don't use a PI for a sleuth, but otherwise I think the feel is right. I finally have a comparable to give my agent and publishers an idea how to frame me.

You know... I honestly don't have the time at the moment. If I didn't have to work a day job, I could handle all the details. But if I had that kind of time, I ALSO might have already made some progress on my YA stuff—the spit polish agent quest or contests or small publishers.


So Why This Focus Now?

I spent the last year writing, polishing and publishing a serial totally more than 300,000 words. And while part of me felt a little burned out focusing THAT heavily on one thing for a whole year, I know now I can keep up the pace, and THIS year, I am not going to do all one project. And I will have the leeway to alternate writing and editing in long spurts...


And What is the PLAN?

BUWAHAHAHAHAHAHA! (you know I can't say plan without a maniacal laugh, right?)

Well right now Ellen has What Ales Me.

And right now I'm WRITING the first in a DIFFERENT series: the Corset Cop Chronicles...

What the heck is THAT? Well, my sleuth is a retired cop who, upon retirement, decided to open a lingerie store... She is in her early 60s and sassy and smart. She has five sons and varied relationships with them. She is to some degree based on a real woman, a woman I knew growing up because the real woman's youngest son is my age... but only the set up... former cop, now selling lingerie, five sons. Everything else (aside from a bit of sass) is fiction.

I managed over 14,000 words of this puppy in my first two days of NaNoWriMo... Progress, baby!

The second series fits the cozy profile better than the ale series, but they honestly have similar tone. It is where I am most comfortable I need the danger to feel real. I need the character flaws to be real.

And I think if I get two series going, I might finally feel myself launched... or that is the hope anyway.

In the meantime I may polish some of my YA. But I am going to hold off on WRITING new YA, even though I have a ton I want to do. I just feel like until I get my real traction, spreading myself too thin means I won't EVER be able to support myself at this. So in the next 14 months... until the end of 2015, my plan is to write THREE new mysteries. One this month, one for BuNoWriMo and one for NaNo next year. That gives me two in each series or, if What Ales Me sells, three Artful Ale and one Corset Cop.

Since Ellen HAS What Ales Me, I hope that will sell right away. But having a couple ready will help my case regardless.


Know What I Didn't Quite Believe Until Recently?

Besides the fact I couldn't do it all?

That a coherent plan was really a prerequisite. My observation was most people had managed anyway. But I think that is because until they take off, there is no way to KNOW what they've been doing.


Do YOU have a plan? How are you coming on it?

Labels: A PLAN, mysteries, Teddy Trouble, What Ales Me

Oh Tartlette, do I know of what you speak! After my writing retreat I can only add one thing to this- your voice, your particular funny sharp and dear voice should be the one you write in. If you can do that in the mysteries, you got 'er! I like this corset babe -her age (why is that, Jan? ) her sassyness, the bit of dark. Get rolling.

First of all, you are such a great writer which of course makes me feel badly about the world of readers not getting on board with your books. They will. There are so many books to read.

The upside is YOU ARE MY INSPIRATION as a writer. You write more words than anyone I know.

Wow, you are off to a great start with NaNo!
Sorry your other stuff hasn't taken off. It's hard to plan and predict what will.
My plan is to stop writing. Let's see if I can stick to that.

I'm still trying to figure out how to jump-start a writing career.

The Corset Cop Chronicles sounds like your style, Hart.

I wish I could write as fast as you do. The publishing world does seem to be broken these days. Even a good writer has real trouble gaining any attention. I queried 43 agents for my latest book and not a single one would even look at a few chapters, so I'll self-publish it. And though I think it's a good book, it'll probably sell poorly because it won't be noticed. I think it would make a great movie. Oh well. Maybe someday things will change!

I don't really know how my plan is going, because it's still in progress. My new release sold way more in its first couple of days of release than previous releases. Not that that was a lot. I suppose that's progress?
I guess we'll see.

So far my plan has been something akin to Plan 9 from Outer Space--really bad with some cheap special effects and a wandering storyline.

Maybe the day job is your hindrance, but of course if that's what helps pay the bills then you're in a quandary.

I say become notorious for the name recognition. Try not to go to prison or anything, but do something that really attracts attention to yourself. I'll leave that to your imagination.

I've read this post while both dogs have been barking, with one scratching at the door to go out. And the TV blaring in the other room. And husband loud on the phone with someone. I'm not sure it's sunk in all you said, but I think it was a lot of good stuff. Good for you for having a plan. Mine is to stay sane and find a good ale house. I think that's what you said :)

Hart--This is a tough one. I think you're doing the right thing...keep going. More books, more exposure, more visibility.

I do have a plan, but sometimes life intervenes..ha!

My plan is me basically starting over from scratch. While I was able to have my first novel commercially published, mistakes/missteps on my part ultimately doomed it to an early rights reversion.

So we're starting all over again and by using the lessons learned the 1st time around, we hope to have something of a niche in the future.

But like you, I have to work this all in while earning the monies needed to keep me living in the lifestyle I'm accustomed to: middle class.

I really like the idea of your Corset Cop Chronicles, and if you write in your own funny, unique voice (as Jan mentions above), they could be a hit.

I wish I could give you advice on a coherent writing career, but since I'm depressingly incoherent on my own publishing attempts, maybe I should just shush myself and salute your impressive accomplishments. I mean, seriously, lady -- you are now a traditionally multi-published writer, which is far more than most writers can say. So take a bow. And pretty soon you'll find more success.

I've only read one Sue Grafton novel, but I was impressed by it and enjoyed it.