So five years ago today was my first ever blog...

I thought I'd stroll down memory lane a bit... If you are curious, here is my first blog, Python and Princess Bride references in tact. I'm proud to not be embarrassed by the thing... Because MAN, did I not know what I was doing. I'd never even really READ any blogs. I know. That's embarrassing. It is sort of my way... jump first, research to see if I did it right after...

I finished my first MS in October 2008. I was still writing a little fan fiction, but I jumped into revisions of that right away—it was a book that had pestered me for years. I actually tried to query it that May, only to be given a kindly reality check from a second degree friend “Um, I hate to tell you this, but at 204,000 words, agents aren't going to read that.” (confirmed by my first rejection sent fifteen minutes after submission...) 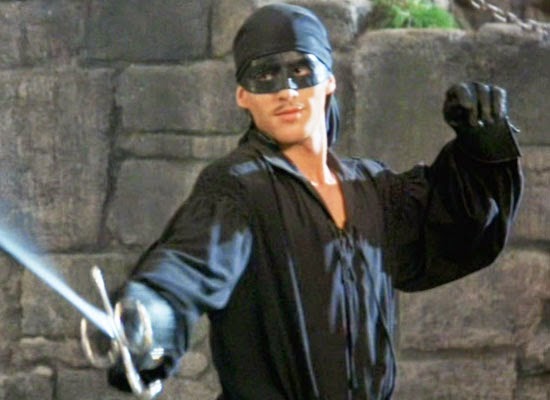 THAT—realizing there was a whole bunch I didn't know about this writing thing (because I am too cocky to have learned that without being told) spurred me into blogging and opening my Hart Johnson Facebook profile. I was in the midst of a second book (one I never finished—I had two ideas but started THAT one and then I got a prequel idea for the OTHER and wrote THAT (fast).

Since then I've finished 14 more first drafts, published (almost) 4 books, I'm writing in my 10th WriMo, I've entered ABNA 5 times... But blogging was sort of my first outing as a writer. It was also my first real outing to people I KNOW.


So I want to thank my first COMMENTERS.

We all crave these, yes? They keep us going, when we might just whither into the void otherwise.

Pinecone Girl (a friend of mine from high school)
Chary—Part of the Burrow, which is my writing group
GA Endless, who seems to have been caught up in a fraudulent publisher scam. I feel very bad for her, and the fact that I didn't know until now...
Siv Maria, who I'm still friends with AND
Christopher Allen, who I am ALSO still friends with...

So two people who knew me previously, one blip on the radar, and two new lasting friendships. I will call that a success.


So I offer a HUGE thank you to those early friends and a toast to all who have joined since. Thank you!
Posted by Hart Johnson at 12:00 AM

Congrats on five years of blogging. That makes you some kind of wizened veteran of the internet. Five years from now you'll probably get your robot butler to write all your posts.

Wait a minute! You didn't do highlights - like that photo of Nathan Fillion. From the back. Starkers...
Sigh
...maybe in another five years! (May it be so!)

Wow! I don't know the year let alone the date I started but I'm going to find out right now. You're a huge force in my blogging life. I am so glad to call you a pal! Xxxx's galore for your celebration (too early for beer)

February 3rd, 2008 but didn't really get going til the following year. Followers? Nope. My sister!

Congratulations! I love these posts that take stock, especially when I'm feeling particularly angsty. It helps, you know, put everything in perspective!

Hey!
Congratulations! You always give your readers something great.

Congratulations on five years! Wow, my first post sucked. No way I'd link to it. Awesome you still keep up with some of your first followers.

Congrats! I didn't know what I was doing either when I started blogging. Hadn't read blogs, didn't even know people commented! Ha!

Congratulations! And look how far you've come in 5 years!

Happy belated Blogiversary. Congrats on five years and looking forward to many, many more.

Congratulations! Of course I'm two days late clocking in on your anniversary. Sigh.

May you have many more years of your witty, wise, and warm blogging, and whole shelves of published books.