Halo, fine friends! Today I am participating in TWO blogfests, but they go together well, so I figure its all good. First is the Survive and Thrive Blogfest about taking care of ourselves—disease awareness, prevention, annallat.

And then, since we are all surviving so much longer... there is the BUCKET LIST... stuff we want to be sure to do before we die...

Know how some people 'refuse to be sick'? I am one of these—I don't give into small bugs, I don't take sick days, and I refuse to let stuff get me down. 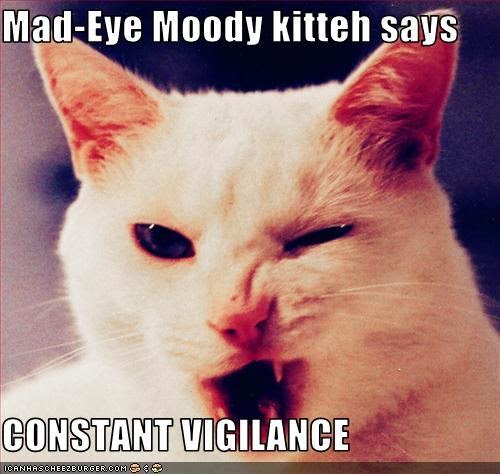 Two years ago I had a hard lesson about why this isn't always smart.

Those of you who have been around a while may remember my aunt passing away in 2012. She was only 60 and had cancer of both colon and uterus, but based on family history, I suspect she had colon cancer first—a cancer that can be cured if caught early. There was some investigation into a syndrome, which she was negative for (thankfully), but (also thankfully) sent me to a genetics counselor for advice on how to look into my own risk.

It has set me on a course of earlier and more frequent screenings for colon cancer—something that short of the information about my family I might have resisted. And already those screenings have found and allowed for removal of 'something suspicious'.

So what I'm saying is LOOK AT YOUR HISTORY. If you know what runs in your family then you can identify if you are a case where “run of the mill” is too little.

I've done most of the physical stuff, so most of what is on my list is stuff I want to SEE, which means I am going to SHOW you... Here are the highlights of my Bucket List.


And then there are a couple things way out of my control that I REALLY REALLY want to experience:

Having a runaway best seller and having a book made into a movie.
Posted by Hart Johnson at 3:00 AM

Good morning! Great reminder about looking at one's health history. It can tell us a lot. Awesome pictorial bucket list! Thanks for participating.

Great places to visit!!! And love the book made into a movie idea!

So many things are genetic and it's smart to know what might run in your family. Glad you are staying on top of potential threats.
You would so enjoy a romp around the UK, Hart.
Thanks for participating in the blogfest!

let us know when you're going on that writing retreat.

My grandmother lived until she was 102, so I hope her genes passed on to me.

Yup, I'll totally be following you around when you hit each of those places. =) Beautiful destinations.

Great that you are doing early screening. I need to get in for my colonoscopy... I've been putting it off. I guess it's time now. I hate cancer so much and am terrified of getting it. Both my parents had forms of it and my dad died from pancreatic cancer. So it definitely runs in my family.

Love the idea of a writer's retreat...

Going back to Florida next month... I MUST see DIAGON ALLEY! I'll be thinking of you and will post pics of my adventure!

Love your bucket list. It really pays to know your family's health history. I used to have my high school students do one of those. Clever combining of fest titles.

You're the third colon-cancer post today. Hopefully this blogfest will prod more of us to get a colonoscopy - especially if we have a family history.

What gorgeous places. I would love to see those too, especially the waterfall and castle.

I've got a family history of colon cancer and I'm dreading that test, but I'll still do it.

I love that you added pictures to your bucket list! All of those places of stunning. Can I tag along? ;)

Love your bucket list! I am glad you got tested as colon cancer runs rampant on my dad's side and I have gone through 3 colonoscopy's and so far-clean as a whistle:) I like to say that. Family history is important and listening to your body is another along with a good doctor

Hello Hart, long time no see. Colon cancer is my theme. Early detection is critical as this disease is so easily cured if caught early.

Love the Mad Eye Moody pic. Mind if I use it on Facebook?

Looking into our family medical history is a great way to anticipate what preventative measures to take. Sound advice.

I'd love to be one of your friends on that Writers' Retreat!

Angels Falls looks absolutely beautiful! Great bucket list and to keep it, getting that test can get you there!

Thanks for participating in the Bucket List Blog Hop! I like how you used pictures. Those all look like great places to visit. I hope you write a runaway best seller and have it made into a movie!

I've done the Mediterranean round trip, and plenty of Scandinavia, of course. I think the places i wanna go are Greenland, Alaska and Madeira >:)

Cool photos. Sweden's on my list, too - was that pic of Sweden or Norway?

The picture is from Lofoten n the north of Norway. In Sweden there are no steep mountains in the coast. But the archipelago on the east coast of Sweden is very nice. Right now the navy tries to trap a Russian submarine there >:)

Don't you know that Harry Potter is actually down in Florida? ;-)

Great combination of posts. Knowing family history is so important for our health. Yet, no one in my family had breast cancer before my sister 22 years ago. Now 4 family members have had it and survived. A 5th (my niece) is fighting to survive.

Good for you paying attention and catching that "suspicion" early.

I'd love to travel for my bucket list :) A queen Anne cruise for me.

Nice places to visit with all your extra time!
Writing retreat w/ friends? How will you get any writing done?
:)
Heather

Genetics are a good basis for screening for diseases. My family has several types of cancer running through it, so we try to keep a good eye, and I try to focus on health. I could be better at it, though.

Hi Hart!
I'm here for double duty, or as I put it - survive & thrive so you can get the opportunity to tick off all the items on your bucket list!

Yep, genetics is a factor to consider. At 85 years old, my mom is the eldest of 14 kids, and my paternal aunt lived till the ripe old age of 95, so I hope that bodes well for me...
Mediterranean tour...I like the sound of that! To be specific, a Mediterranean cruise is what I had in mind.

I agree fully that being proactive in one's health is essential. It saved my life a year and half ago.

Angel Falls really should have made it onto my list as well. I have already done a few of the others on your list. I was late getting mine up.

Thank you for the wise advice about family history. I'm overdue for a couple checkups and now have more reason then ever to get myself in to the doctor.

Angel Falls and the tepuis of Venezuela are on my list too. I think that's where Arthur Conan Doyle set The Lost World--because that area looks like it would have dinosaurs.

I'm a total "I refuse to be sick" kind of gal. And as for your bucket list. I'm 100% on board with all of those things, especially the last two items! :)

Wow ... you make me want to visit those places too.

I have been putting off going to the doctor, because I need to find a new one. I'm not sick, but it has been a few years since I have been. Something to work on!