I know regular readers know what I've been sorting through this month. But for others... I spent the first week of the month with a dying aunt and have since been trying to sort her estate. She had no husband or children, and as the main heir, it falls to me to do... the stuff...

*Cancel the utilities.
*Sort the belongings with respect given to others who have claim.
*Herd the cats, metaphorically speaking—different people know different stuff. I need to collect that and try to sort where things are contradictory... which has happened...
*Hire the lawyers to deal with probate.
*DEAL WITH PROBATE. (I know I have lawyer friends, but MAN, this class of people turns my stomach... probably because I only have to deal with them when I've been dealt a mess to sort)
*Mediate among family members, many disfunctional... Okay... not many... but painful when it happens.

But by far the most humbling of these experiences has been writing the obituary. Because see... I'm a writer. This shouldn't BE something that is that hard to me.

Part of it is that this is BIG. A person I love has a life that needs representation. But the bigger part of it is that I just didn't know her that well. I knew her as my aunt. I have some memories of her as my dad's baby sister. She used to sing Puff the Magic Dragon to me when I was small and I loved it. I couldn't have thought of a better song. And I remember her as the caretaker for my grandpa for the last few years of his life. He lived to be 91, but he had a heart attack maybe 3 years before that and she moved home and cared for him... not easily. It was very hard for her. Hard because she had to give up a life she liked. Hard because I think the relationship wasn't an easy one. Hard because... taking care of someone who needs A LOT is just HARD.

So I wrote a few things I thought an obituary ought to have. I used some published models... and I ended up with something woefully inadequate. So I sent to some family and friends for help...

And one came through in spades. Her best friend from the last place she lived—a coworker from her most recent job—she wrote a heartfelt, beautiful paragraph. It made me happy Merilyn had someone who appreciated her so... and sad I hadn't known her that way. But it was really nice to find a home, so that finally my nonsense had a home. Here is what we ended up with: 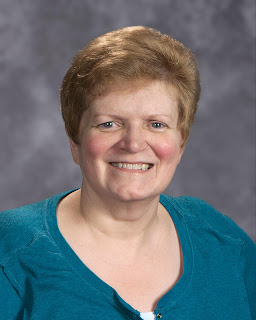 Born November 27, 1951 in Moscow, Idaho, daughter of Merrill and Sylvia (Carlson), Merilyn Hart died of cancer August 7th in the home of her niece Camala Bailey in Tempe, Arizona. Merilyn worked with children in Vallivue School district in Caldwell, Idaho for 6 years as a Speech and Language Pathologist and previously worked in the Phoenix and Moscow areas doing similar work.  She was highly intelligent and an excellent teacher. She was called upon often for mentoring teachers and assisting with educational plans for many students over her career.  She was admired and respected by colleagues, parents whose children she taught, teachers, principals, and other speech pathologists.  Merilyn will be greatly missed by her Idaho friends for the insight and help she gave so many educators in how to approach children with speech or language disabilities.

Merilyn had a sweet temperament and calm presence. In addition to her work, Merilyn loved reading, movies and animals—cats, in particular. She is survived by her sister, Patricia Clark (Rio Rico, Arizona), nieces Cammi Bailey (Tempe, Arizona) and Tami Hart-Johnson (Ann Arbor, Michican) and three great nephews and a great niece.

A memorial pot-luck will be held at her home (19878 Essex Avenue, Caldwell, ID  83605) at 4pm, Friday, August 24th for friends and colleagues and burial and a memorial service will be held next summer in Troy, Idaho when her family is able to all assemble.

See that highlighted part... the GOOD part... that was Mary, not me. A friend from the heart is better than a writer any day.

So all of you know, I will be gone for the next week, plus a few days. I may or may not blog again in August, but come September, I plan to pull my life back together, so you have that to look forward to. Don't forget that Joy's contest to win her books will run for this time I'm gone—we plan on a winner that Friday I get back (so I guess there will at least be that post).

In the meantime I will be in Idaho, learning about my aunt post-mortem. That sounds morbid, eh? But I look forward to a chance to meet the people who were important to her and go through her things and get to know her a bit. It's a bit of a sacred task. Does that make me sound crazy? I feel like it is, though—digging through somebody's life. You don't trust that to just anybody. I will see you on the other side.
Posted by Hart Johnson at 3:00 AM

You are awesome. I'm glad you are taking time off from blogging, you need it.

Praying for you and your family during this difficult time. Take care.

Oh, TH. ((hugs hugs long hugs)) *sniff* I see a little family resemblance there. :o) She looks like a fun lady, and you're doing a great kindness to her now.

I love the idea of her best friend from the last place she lived coming through for you like that. Having recently moved from a close circle of friends, that makes me a little misty. Her Idaho friends.

You two did a swell job! My dad wrote his own obit - what a control freak! It was pretty good but we did add to it. Then we got to get creative with the eulogy. I think it is a sacred task you've taken on and good luck with it. I'm an aunt to five wonderful nieces and nephews and I'm the same age as your aunt (a month younger) and I can tell you I'd be out of my mind with pride if any of them did such a bang-up job as you! Mucho love my pal.

Beautiful. When I found myself doing this task there were dimensions to my mother and my mother in law that I didn't know existed. That surprised me. And yet, I felt that it brought me a sense of wholeness that I didn't have before.
You're managing this with grace and love and I know she would be overjoyed.
Much love. <3

"I'm a writer. This shouldn't BE something that is that hard to me."

“A writer is a person for whom writing is more difficult than it is for other people.” –Thomas Mann

I love that quote, it has always meant a lot to me. It helps me make sense of myself and my own writing. You are sensitive to words, so you agonize over them. Trust us, Tami, you did a lovely job here, both in what you wrote and in going through the process of pulling in other people's stories. I'm sure your aunt is proud and I wish you the best over the coming weeks.

I know how hard this is for you. My condolences go out to you and your family. Do not mourn her during this time, but get to know her in a different light. You will find out more about her than you ever knew before, and keep that in your heart as you continue to love her. You have such a loving group of family, friends and followers here for you.
Enjoy your time away from blogging and do what is best for you right now.

Any Aunt would be lucky to have a niece who cared as much as you do.

My thoughts will be with you <3 You'll be missed.

Thank you so much friends. You've got me teary, but in a good way. I love the support. I will be gone for at least a week, but thinking of all of you.

I can't imagine having to go through all this. I haven't ever had to yet, but I suspect I might shortly with my mother, and I'm afraid I won't be able to handle it from overseas where I live...yet I know no one else will do it back home.

Hi Hart, I will be thinking of you as you spend time with your family and go about your tasks. Though you do have your work cut out for you, it really is an honor that she trusted you to be in charge.

Hugs, and I'll miss you on here!

Hugs to you Hart {{}} I think that's a sweet idea, getting to know your aunt more by talking with those that were important to her.

Sorry for your loss, Hart. So good of you to take all of this on and do it so conscientiously. Take care! Jen (from ABNA)

Your aunt sounds like she was a very special person. Take care of yourself.

My condolences to you, Hart darling. Your aunt sounds like a kind, good lady, so of course even an obituary written by a pro like you must fall short. How can anyone capture the countless small traits of a complex character, and daily acts of kindness and humor and love, and the breadth of a life lived well, in a mere few paragraphs? But you still done good.

Take care, and may you feel everyone's support for you.

A hard time for you. My sympathies. You wrote a wonderful tribute to her here.

I know what you've been going through. Just wanted you to know I've been thinking of you. You did good with all this :)